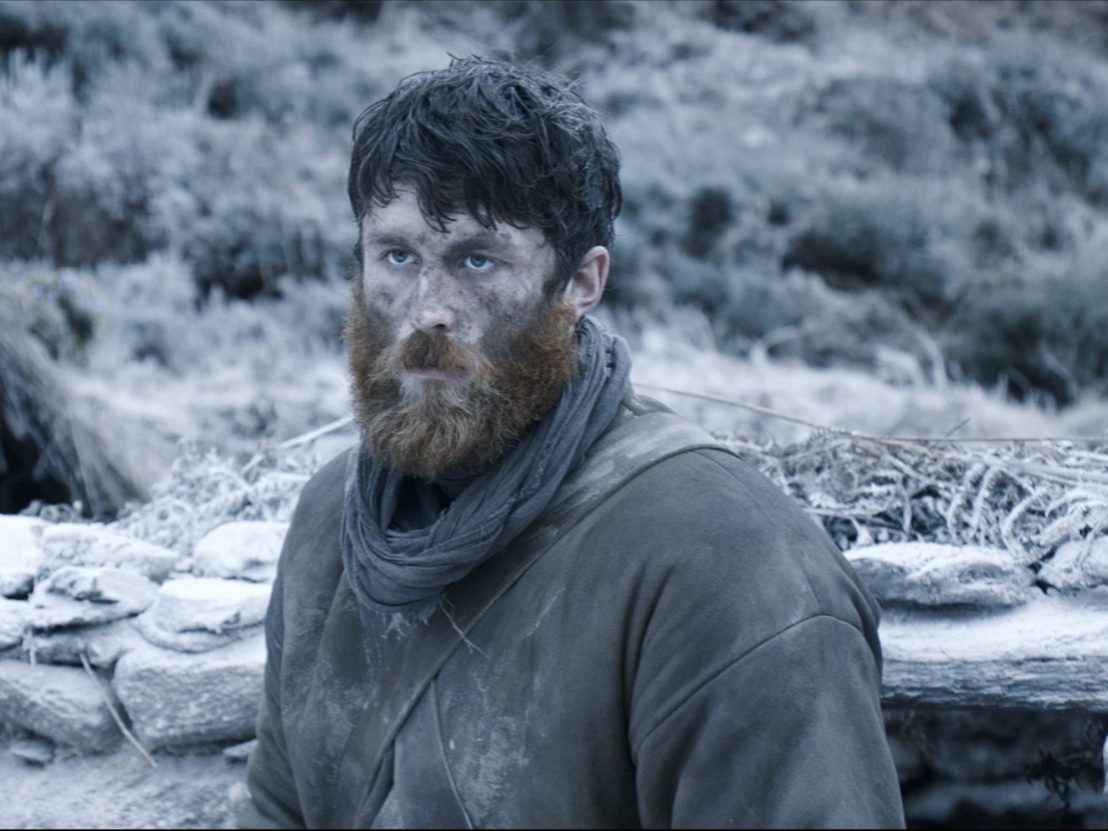 An Irish film set during the potato famine has every right to be bleak. to airbrush over the pain inflicted upon communities under British rule in the 1800s would be to do a grave injustice to those who suffered through it. Lance Daly’s film makes a noble effort to tackle such heavy subject matter, but Black 47 never manages to thaw.

In a community ravaged by starvation and crooked landlords, James Frecheville plays Martin Feeney, an Irish soldier who returns from serving in the British army in Afghanistan, only to discover his family have suffered greatly in his absence. Hell-bent on revenge against those he holds accountable for their misery, a classic revenge story quickly unfolds a bit like John Wick, if John Wick was a sadist living in rural Ireland in the 1800s.

2017 favourite Barry Keoghan also pops up (given less screen time than his top-billing indicates) as a naïve young soldier from Newcastle. Quite why they chose to cast an Irish actor in an Irish film as a Geordie is beyond understanding, but it’s perhaps just another carriage in the train of thought that also sees Australian Hugo Weaving doing his best impression of a gruff English police inspector. Frecheville gives a surprisingly one-note performance as Feeney, although his Irish accent is excellent, and it’s refreshing to watch a film which features Gaelic dialogue so heavily.

A revenge thriller set against such a bleak backdrop is an interesting idea, but there’s a sense that Black 47 only has ideas behind it, quickly falling into clichés as far reaching as the predictable traditional score. Attempts to shock the audience feel cheap and hackneyed, and a lack of compelling backstory means there’s little sympathy affordable to any of the characters. A dark and disturbing film can be forgiven if it at least has something interesting to say, but unfortunately, Black 47 dwells too heavily on action, and not enough on consequence.