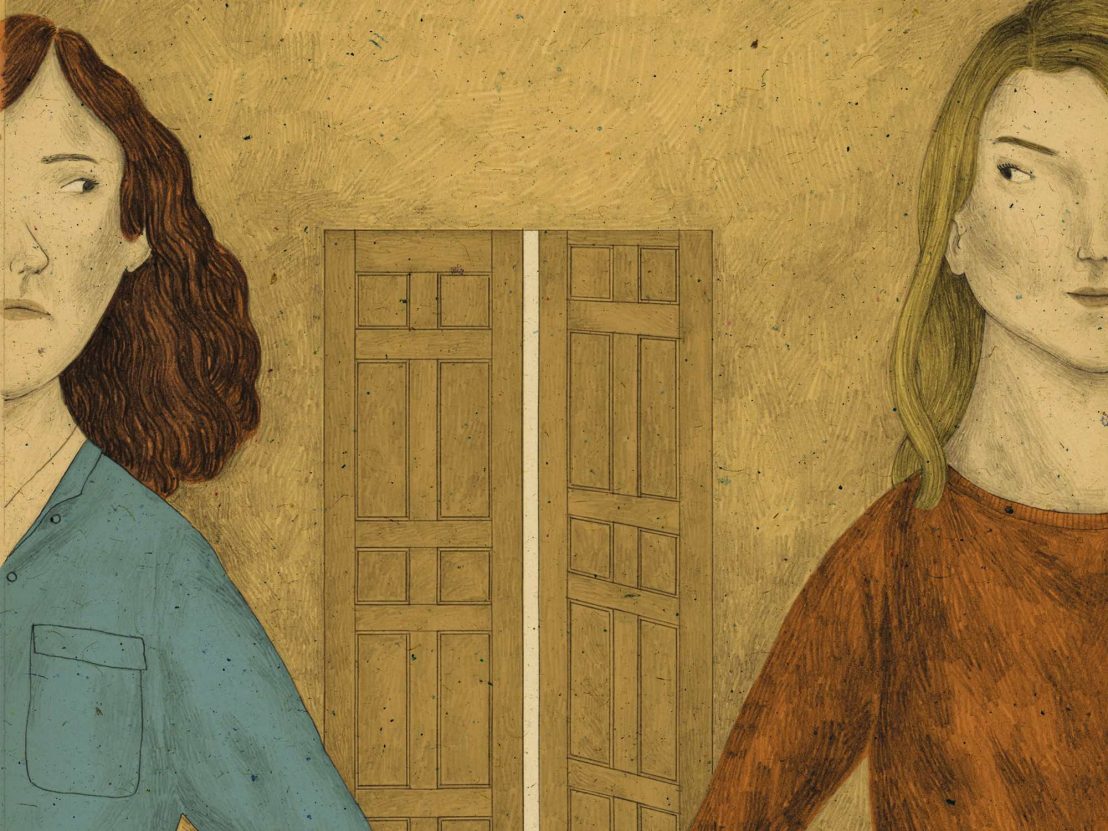 When you’ve listened to all the music, made all the friends, own all the gizmos and have all the money in the world, what’s left in the world to do but murder people for sport? Corey Finley’s debut feature Thoroughbreds stars Olivia Cooke and Anya Taylor-Joy as Amanda and Lily, two disenchanted Connecticut teens looking for some kind of release from their humdrum existence. We met the pair to talk about building characters and hopping between movies without a break.

LWLies: Could you describe the first time you guys met?

Cooke: We met in Cohasset in Boston, at the hotel. We went for lunch. Do you remember? In the sandwich shop?

Taylor-Joy: Yes, yes, and we spent the whole night talking and drinking wine and being ourselves for the last time. We had no time on this movie so we just went straight into doing the dialogue. I think there are certain moments when we’re dealing with so many complex emotions that we’d go up to each other and be like, ‘Please run the lines with me!’

OC: It was quite an insidious atmosphere.

ATJ: Yeah it was. I think the thing that you feel really happy about is that you know you’re working with someone who’s going to not just protect you, but protect your performance. It makes me bring my A-game every single day. I feel like I can’t slack in the slightest because I’ve got to hit her with exactly the amount of force that she’s hitting me.

OC: It feels like sport. Like a tennis match. Especially the way it’s written. We were exhausted by the end of each day.

ATJ: And the takes were so long. We were discussing this earlier: neither of us ever gets a break because when the camera’s on Olivia, I’m behind the camera and I’m delivering the dialogue at the same level, and when the camera’s on me, she’s doing the same. Then we do the master shots and the takes are all six minutes long. So if one of you drops a line you have to go back to the beginning and you go through the entire emotional range again.

It’s shocking to hear that you went straight into it.

You’d imagine there would be auditions and rehearsals beforehand.

OC: No, we both went into it very blind. Thank god it worked.

Are you ever sceptical about playing unlikable or antisocial characters?

ATJ: Shut me up if this isn’t the way you feel about it, but I think, when you really love what you do, you relish those kind of roles where you have to do something different. I love to do something that I’ve not done before. The envelope is so pushed in terms of the way that they are themselves – it just feels like a bit of fun.

OC: Yeah! They’re having fun with each other. I think it’s out of malice, but it’s also because they are both privileged and bored.

Do you find that different actors have favourite types of role? Do you have a kind or type of person, you gravitate towards?

OC: D’you know, I think if they are complex in their own right then immediately they are very interesting. But also you don’t really know if it’s going to be that enjoyable until you get on set and there are all these different elements that go into it. Like the crew, the director, the actors. I’ve done some movies or some jobs that haven’t turned out to be the best, but I’ve had the most amazing time doing them, so looking back it’s just heaven.

ATJ: Yeah, it’s just a good life thing, rather than a good career thing. When I was younger I always thought I wanted to play someone who is very difficult to like. If you are playing someone who is unpleasant you have to work that much harder to get the audience not necessarily on your side but to convince them to come on that journey with you. If that person is out-and-out awful and there’s not something about them that’s engaging and you don’t care, you think: this person is a bitch and I don’t want to watch them anymore.

I think it’s challenging to stay true to the character, but also to be engaging enough that people want to know what’s happening. Lily and Amanda are both such complex human beings that it would be like everyday we would go in and just be like, ‘Okay, how do we play such complex characters’ and make them watchable, ‘how do we do this…?’