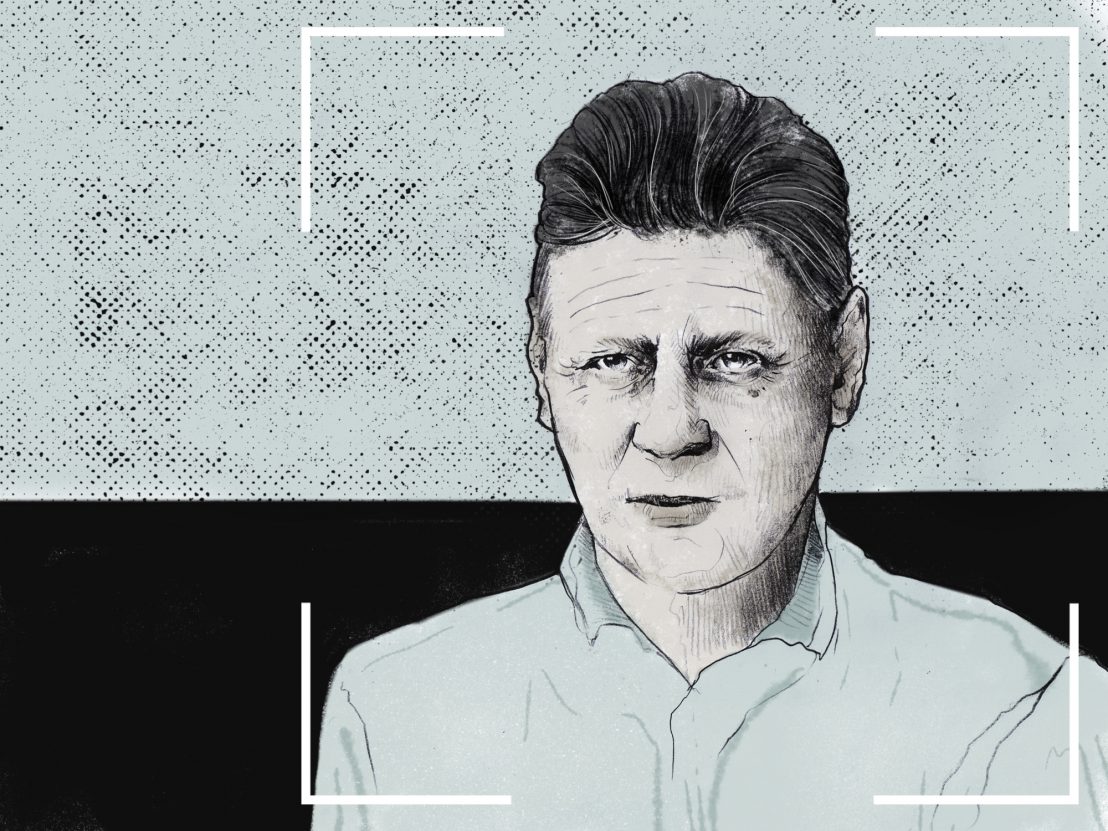 Andrew Niccol’s new film Anon is a future whodunnit set in a world where every second of our lives is captured via implants in our heads and uploaded to a giant database called ‘The Ether’. Malicious tech and privacy are recurring themes in the New Zealand filmmaker’s work: he’s best known for writing and co-producing The Truman Show as well as writing and directing identity theft puzzler Gattaca and drone bombing tale Good Kill. Here Niccol explains why he’s concerned about mass surveillance in today’s society and shares his thoughts on the biggest data story of the year.

LWLies: Anon offers up a frightening world where people have no anonymity or privacy. Do you think this is a likely future?

Niccol: I think it’s a likely present. Look around. Cambridge Analytica. That’s what exists. We give away so much of ourselves. One of the things I was interested in exploring is how there was no war for our privacy. We just said, ‘It’s cool.’ For convenience, it’s all yours. Right now you and I are geo-tagging. People know exactly where we are. D’you wanna know how Google knows you’re having an affair? Your phone is geo-tagging, there’s another person phone is in the same hotel in the same room also geo-tagging, someone who you shouldn’t be with and there’s no other reason, at 3am, that you’d be there.

When you were making Anon did you do much research into what the future of surveillance might involve?

As a filmmaker I’m lucky that I can just leap over all the technological problems. We’re living in a really ugly age because we’re carrying around these devices and everyone’s walking down the street looking at that. But we are life-logging already and we’ve got all these social networks. You go to a concert and everybody’s recording it and nobody actually watches the band any more. There are some performers who won’t perform live any more because they’re just looking down at a sea of cameras.

And there are some like Jack White who say, ‘You can come but you’ve got to put your phone away.’

Exactly, there are even now countermeasures to that very activity. But we are life-logging, there is no question about it. I can’t go to my kid’s school concert without 50 phones [being used in the audience]. In fact, as a countermeasure the school said, ‘We’ve got one person who’s going to video it, if you want a copy you can have one.’ Because nobody even looks back at what they video, so you’ve got tonnes and tonnes of data that you’re never referencing.

What is it about these kind of stories that appeals to you?

I mean, I’m obviously some kind of voyeur. I did this film with Ethan Hawke, Good Kill, about the drone programme. And a friend said, ‘I don’t understand why you’re doing this contemporary film.’ There was an article about the drone programme and someone wrote, ‘It’s more Truman Show than Terminator.’ I guess there’s something about that ‘eye of god’ thing that I’m interested in.

There’s ambivalence in the attitude of Anon towards this speculative future. On one side privacy is gone, but on the other there is very little crime.

Right. That’s the interesting thing for Clive Owen’s character. He thinks that crime is over because all he’s doing is watching the ends of people’s lives. Right now, you stab me with that pen and I die, they’re just going to replay the last moments of my life and the corresponding moments of yours, there you go. Case solved. But then it gets to the point that he cannot believe his own eyes as he’s being hacked and that’s an interesting thing too. As I said, there are measures and countermeasures. To beat the system, the Girl (Amanda Seyfried) is editing people’s live, hacking human beings, hacking into someone’s psyche, which to me was an interesting turn.

I wondered if you had been influenced by augmented reality apps.

There’s things that will automatically translate languages for you. I know it’s all there but I’ve just taken a leap forward and put it in your head. Of course that’s one of the great things, you can do facial recognition and I can recognise what that book is, I can find out about the author, I can find out about these beautiful tools. That’s the seduction of it. If you buy into it, it means you’re buying into the whole thing, which equals Cambridge Analytica.

What’s your take on the whole Cambridge Analytica saga?

I always knew it was there. You can’t opt out. You think you can opt out. You can’t. If you knew the things that Google knows about you, it might give you pause. If you have Gmail it reads every single word of every Gmail to sell you stuff. I have a friend at Google who gave his phone to his daughter and she started looking up My Little Pony and then he can’t stop getting ads for My Little Pony. He takes it into Google headquarters and says, ‘Can you fix this for us?’ and they say, ‘No, because the algorithm is too strong, it’ll just have to wear off.’ So they can’t control their own algorithm.

There don’t seem to be that many filmmakers investigating these areas. Do filmmakers have a responsibility to look at these issues?

I think for me the reason that I keep coming back to it, is that it keeps coming at me. We’re living in such a technological age, to say nothing about it would be strange to me. It’s unavoidable.

Have you been tempted by VR?

I have a lot of augmented reality in the film because I think it’s so amazing that I could fill this room with rats, if you hated rats. I think there’s something amazing about putting it in your head. Forget the goggles, I’ve just gone inside your body. In my mind I don’t really make futuristic films, I feel it’s like a parallel present. I don’t really feel like they’re overtly futuristic because I don’t want people to emotionally check out and say, ‘This is nothing to do with me,’ because hopefully it is something to do with them.

Anon is in cinemas 11 May. Read the LWLies review. 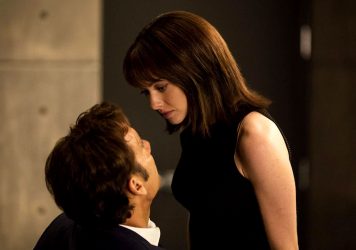