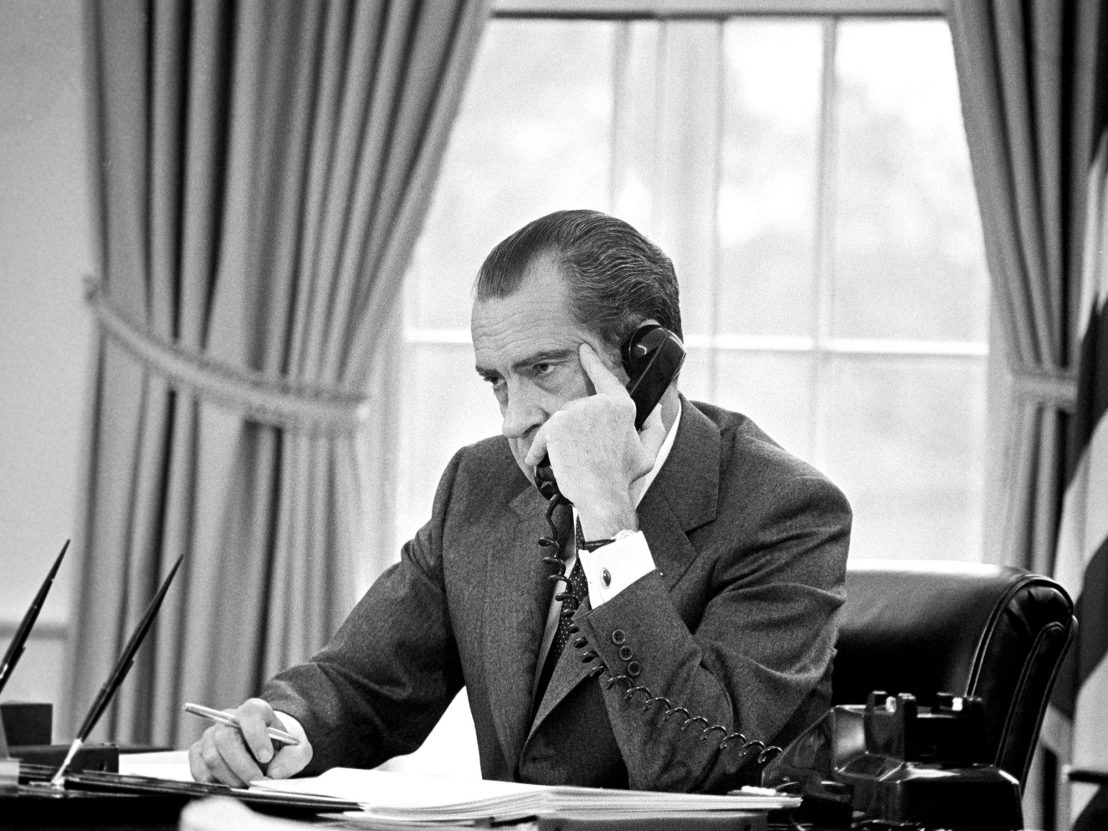 Charles Ferguson’s mammoth chronicle of President Nixon’s downfall manages to be at once too detailed and too superficial.

“You know how in class you’re always telling us that writers make choices?” asks a student of her teacher in the underrated American classic Wonder Boys. “You know, with the genealogies of everyone’s horses, and the dental records, and so on… it sort of reads in places like you didn’t make any choices.”

This may seem an odd invocation in a review of a film about the Watergate scandal, but why the hell not. Charles Ferguson’s new four-hour documentary on that dramatic chapter in American history is one long – very long – run-on sentence that throws in a mass of details about the crisis but doesn’t shape it in a way that makes sense of the information or gives us a reason to care.

It must have made a lot of small editorial choices, but it makes no overarching narrative decisions. Its astonishing achievement is to be both too detailed and too superficial. Ferguson’s stated aim was to comprehensively tell the entire story in one single place – and our conclusion is that this was a fundamentally poor idea for a film.

The full title is Watergate: Or, How We Learned to Stop An Out of Control President, an obvious rib-nudge to the Age of Trump that received knowing titters among the audience at the one-off screening at this year’s Berlinale. If the whole film had been a smug wink at how America could follow a blueprint for how to deal with a corrupt, seemingly insurmountable head of state, it would at least be more focused.

The first series of the recent Slate podcast ‘Slow Burn’, which told the story of how it felt to watch Watergate at the time, and had abundant underlined references to how Nixon went to war the press and had a fanbase that despised elites, is an example of how this can be done informatively and entertainingly. Instead, Ferguson throws in everything he can think of without sorting out the mass of material.

There’s the basic, familiar outline of how the Democratic National Committee headquarters was burgled in June 1972 by operatives connected to the Committee to Re-Elect the President; how the Washington Post wouldn’t let go of the story; how the president’s men, such as John Dean, Bob Haldeman and John Ehrlichman started to fall; how eventually, this all led to impeachment proceedings and Nixon’s resignation. 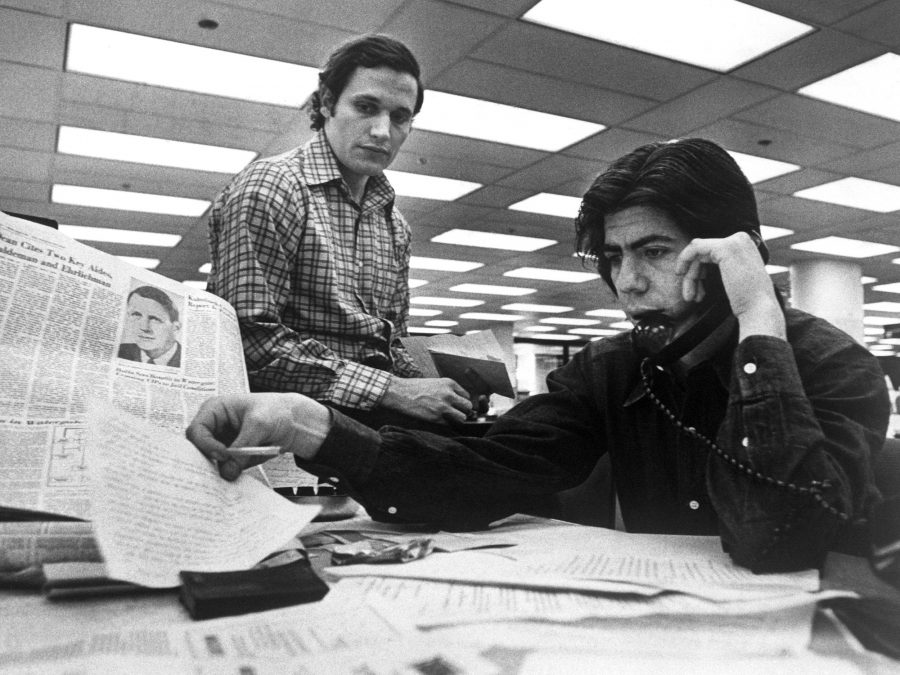 There’s also a full hour setting up how Nixon came to power in the context of the 1968 election, against the backdrop of Vietnam, mass riots, the assassinations of Martin Luther King Jr and Bobby Kennedy, and how Nixon, back from the political dead after losing the 1960 election and the 1962 California gubernatorial race, promised to be a saviour.

There are news reports, talking-head interviews and infographics laying out family trees and cabinet structures and newspaper staffs. There are gorgeously scanned reams of 16mm archive footage giving a flavour of the time. And there are hammy reenactments of White House conversations, with the actors doing their best grimaces and gravelly voices. The line “we’re not criminals” – taken from White House recordings, as everything in these re-enactments is – also had the audience smirking knowingly.

There are the impeachment hearings, recorded by television cameras, which riveted a nation and are still intrinsically fascinating today. There are lesser-known facts and clips sandwiched among the more obvious, like the tidbit that the chauffeur of Democratic presidential candidate Ed Muskie was funnelling documents to a Republican dirty tricks operation, or that the Watergate investigators never referred to Nixon by name, but instead just called him ‘Le Grand Fromage.’

There’s the amusing moment of when Nixon’s enemies list got made public during the impeachment hearings, and Daniel Schorr of CBS read his own name out on live TV. There’s the reminder of how long this all took and how insurmountable the administration seemed, when Ehrlichman is asked, on the night of Nixon’s landslide re-election, “Whatever happened to Watergate?”, and he just laughs.

There is, in short, a little bit of everything and a whole lot of nothing. It should be fascinating, but it isn’t. A film can’t both drown us in these many details and keep spelling out the plot. Watergate not only focuses on the what, where and why as much as the how, but does so in a way that doesn’t know if it’s for experts or novices, and ultimately isn’t for either. This is a film that throws out every name from Archie Cox to Lesley Stahl to Daniel Ellberg to Barbara Jordan to… keep going for a few hundred more. And yet it feels the need to bring up a chryon saying ‘Bob Woodward: Reporter’ every time someone as key as that comes on to the screen.

And yet, you might say, this film is really only playing at a festival to sell to television; that’s where it’s ultimately going, and that’s why the graphics, the oversimplification, the general feed-tray endlessness of it are the way they are. But no: Ferguson has prepared a six-hour version to be aired in one-hour chunks for the small screen. This cut is intended as the theatrical experience. And it doesn’t know what it wants to be. It doesn’t make any choices. This mass of material is a fine compendium of media and depositions for a potential Watergate museum. It’s not a movie.