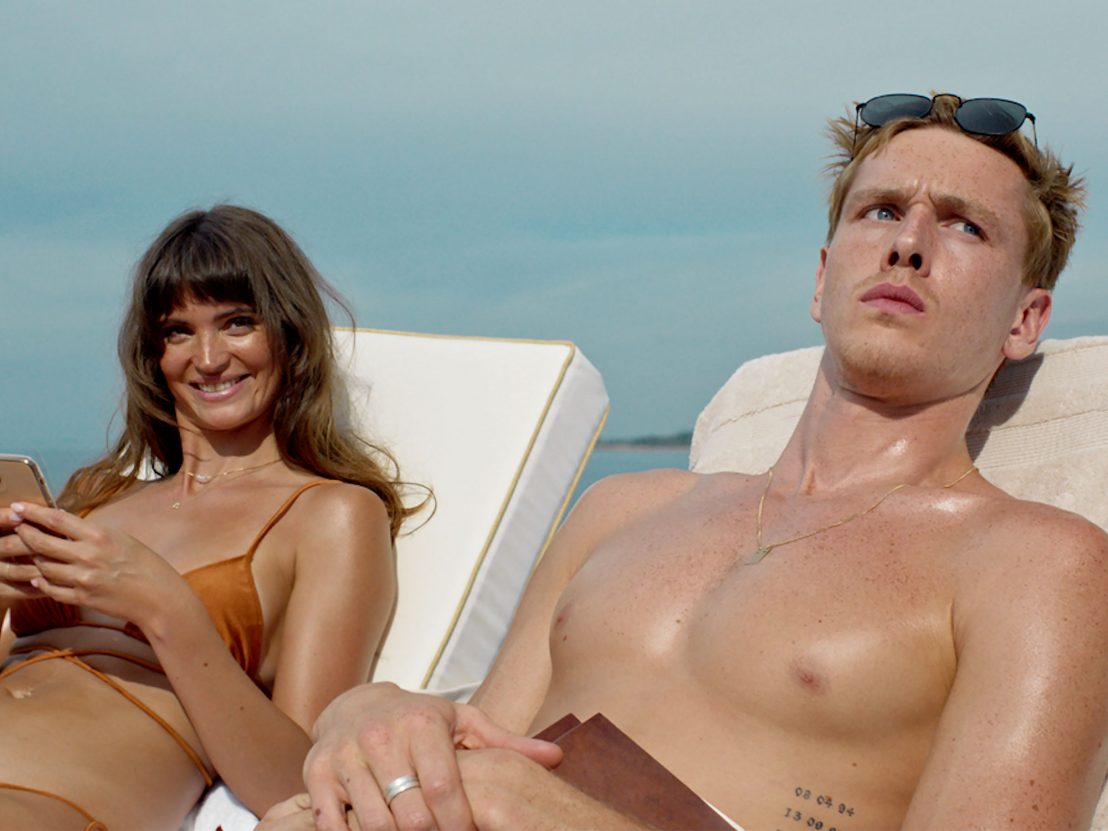 A young model couple find themselves on the holiday from hell in the latest provocation from Sweden’s Ruben Östlund.

There’s something about the idea of spending an extended period of time floating on the open sea with a bunch of strangers that feels vaguely ominous, and given the reputation cruises have as breeding grounds for stomach bugs and – even more portentous – death traps, it’s surprising we don’t see more films that take place abroad them (yes yes, fine, Titanic counts, I suppose). Good news, then, for anyone who ever read David Foster Wallace’s ‘A Supposedly Fun Thing I’ll Never Do Again’ and felt seen – Ruben Östlund shares your apprehension about ocean-based holidays.

The latest brash provocation from the director of Force Majeure and The Square concerns the passengers aboard a luxury cruise ship and charts the series of unfortunate events that throw them into disarray. The self-avowed Marxist captain, Thomas (Woody Harrelson), is drunk, a storm is closing in, and there are some unsavoury-looking characters lurking on a passing boat.

Nevertheless, jobbing models Carl (Harris Dickinson) and Yaya (Charlbi Dean) are making the most of a free holiday, granted to them because of Yaya’s sideline as an influencer. Their fellow passengers include a Russian manure entrepreneur (Zlatko Burić) and a German woman who’s recently suffered a stroke rendering her unable to say anything except the words “In den Wolken” [translation: “In the clouds”].

If Carl and Yaya feel out of place, this is superseded by a lingering argument about their relationship (which comprises the film’s short opening chapter of three), when Carl calls Yaya out for never paying for dinner when they’re together. He expresses a desire to defy traditional gender roles within their relationship, though Yaya seems a little sceptical about the suggestion.

Luckily for them, circumstance leads to an immediate opportunity for some gender role reversal, as they soon find themselves shipwrecked and discover the only competent member of their group is Abigail (Dolly De Leon), a Filipino toilet cleaner on the ship. Abigail, sick and tired of dealing with rude passengers, is heartily pleased to finally be the one in charge. 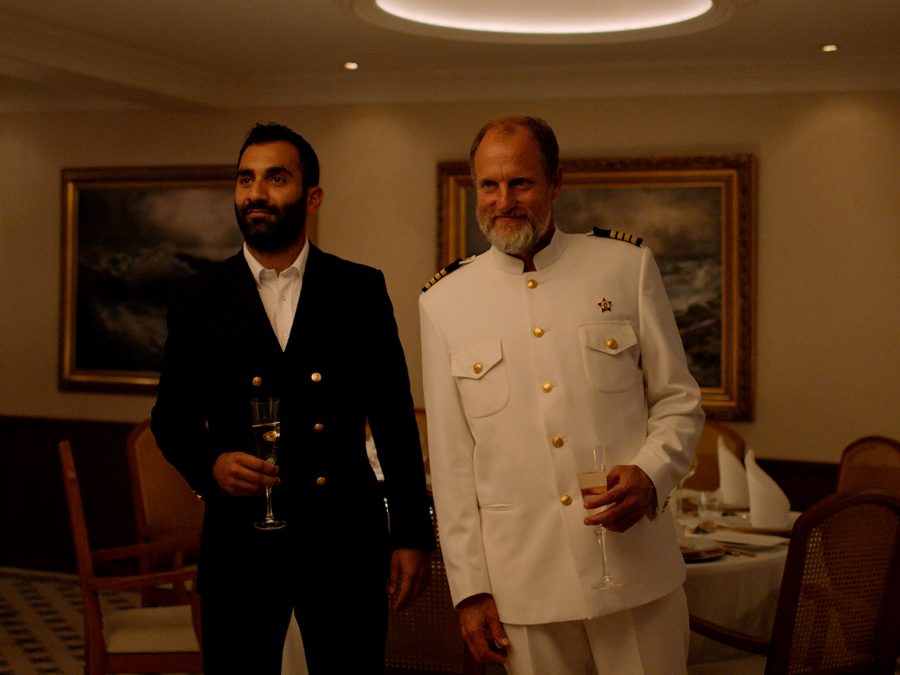 Östlund delights in juxtaposing his big political themes with toilet humour – the amount of vomit and faecal matter in this film really can’t be understated, which does threaten to undermine any deeper meaning – and the three-act structure leaves the film backloaded, as the film is at its most enjoyable once the crew and guests are shipwrecked and start to live out an off-kilter version of ‘Lord of the Flies’. Even if the storyline here needs work, Östlund’s visual creativity delights in a scene where the camera appears to move with the rocking of the ship on choppy waters.

Dickinson is superb as the idealistic but empty-headed Carl, who finds the best way to survive is to find someone to provide for him (a sentiment first expressed early in the film by his girlfriend). Dickinson offsets his indisputable handsomeness by playing up Carl’s crotchetiness; he’s an expressive performer, and in the purse of his lips or slightest furrow of his brow he can fill in the blanks between the lines of Östlund’s broad-strokes script. It’s a fine showcase for his comedic talent, while Harrelson’s supporting role as a sea captain completely disinterested in the entitled guests he’s forced to ferry around lends the film an entertaining, if a little self-indulgent, second act.

It’s certainly an enjoyable watch, but not quite as well-executed as Force Majeure or The Square. Here Östlund gestures towards big questions about the gender and class divisions, but always stops short of making any truly bold statements. Instead, his characters noodle around inside increasingly outlandish scenarios, and the eventual ending feels rather abrupt after two hours of build-up.

It’s a shame we don’t quite get a more effective take on Mutiny on the Bounty from Östlund, but it’s still satisfying to see the über-rich get their comeuppance, and yet more evidence Harris Dickinson is fast emerging as one of the best young actors around.