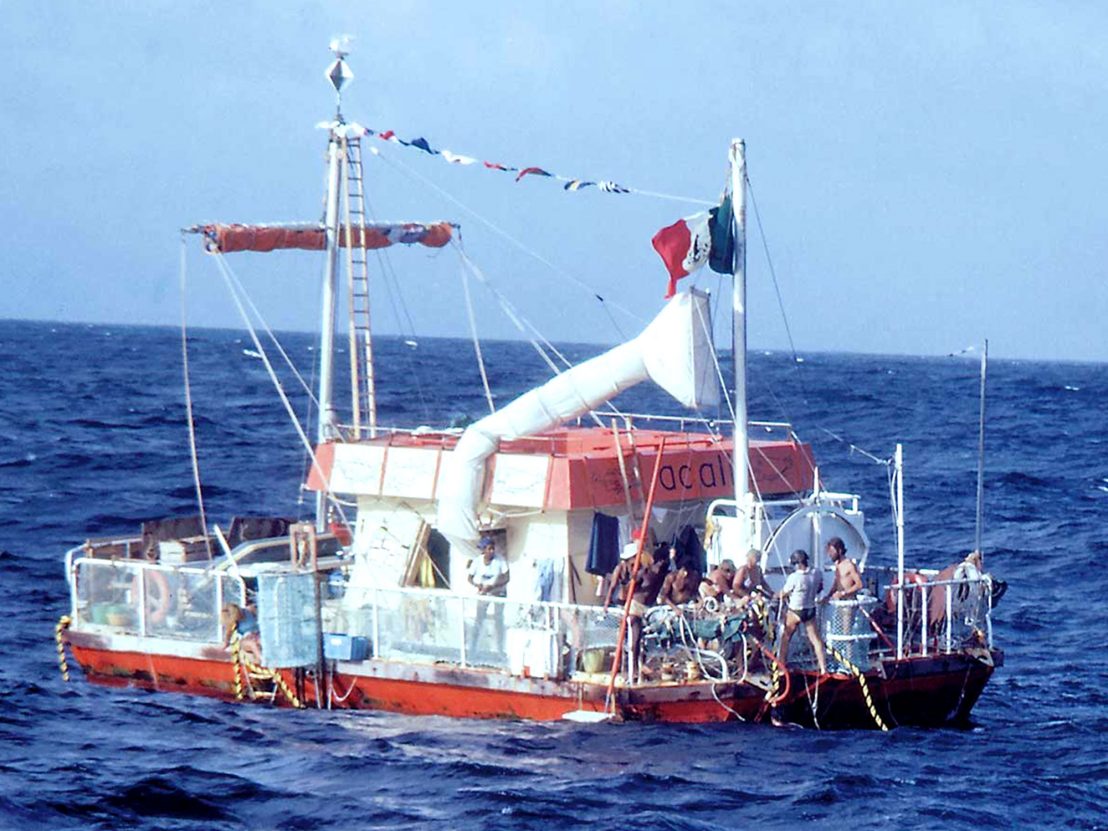 Marcus Lindeen’s documentary The Raft reunites the participants of a radical social study.

In the summer of 1973, anthropologist Santiago Genovés saw his bold experiment become a reality. Fascinated by the catalyst of human aggression, he wanted to create an isolated environment with a sense of peril where he could closely study human behaviour.

What drives people to fight? How does desire take hold? Genovés believed that all the answers lay with Acali, a small raft of his own design with no motor and only the means of steering. He advertised for volunteers to board the raft for a three-month long voyage drifting across the Atlantic. From hundreds of applicants, Genovés selected six women and five men to participate in his study, representing a range of skills, religions and ethnic backgrounds. Removed from the wider world, Genovés hoped his microcosm of society would answer his questions about human sexuality and violence. It was only a matter of time.

In his new film, The Raft, director Marcus Lindeen invites members of the expedition to a large studio to reflect on their time at sea – aboard a replica custom-built raft. Constructed to scale and decorated to look like the original Acali, Lindeen eschews talking-head interviews in favour of something far more evocative.

Re-enactment has long been a very effective tool in documentary. Errol Morris’ use of re-enactment in 1988’s The Thin Blue Line arguably first demonstrated that a documentary can be cinematic and doesn’t have to adopt a fly-on-the-wall vérité to deliver truth, while Joshua Oppenheimer’s decision to have a murderer re-enact his atrocities in 2012’s The Act of Killing provided a deeply disturbing form of cinematic retribution.

In his film, Lindeen has the participants re-enact key moments of the voyage, and while the wooden recreation gives us a sense of the intimate conditions experienced by those on board, the act of having them move around the vessel again brings forth some moving confessions and insights of their time under Genovés’ watchful eye. Lindeen explains how he considered the function of the replica raft with set designer Simone Grau Roney: “She and I had a lot of conversations about how we would do this. She said that we have to think of the [replica] as a kind of memory theatre.”

Lindeen is interested in how the theatrical environment of a studio might affect his subjects. His first documentary, 2010’s Regretters, also uses a studio as the setting for two Swedish men to speak frankly about their regret at having undergone sex reassignment surgery. With The Raft, Lindeen notes the benefits of using such an anonymous space as a site for people to reflect: “I found working in the black studio environment so fascinating because it really made people open up in a strange way, even though it’s really contradictory because there’s a lot of people around and it’s a really sterile environment. You don’t presume that people would feel relaxed but something happens in the environment that somehow comforts them.”

Lindeen saw the replica Acali as “an opportunity for the characters to go back into their memories in a more powerful way,” and, while we are privy to plenty of 16mm footage aboard the raft in 1973, it is in these moments of reflection in the studio that the real impact of the study is felt. For Lindeen, re-enactment is key to his filmmaking as he sees documentary as a collaboration between documentarian and subject. “People are helping me create the story of what they’ve been through”, the director explains. “This is staged. This is not reportage… it’s playing with narrative.” 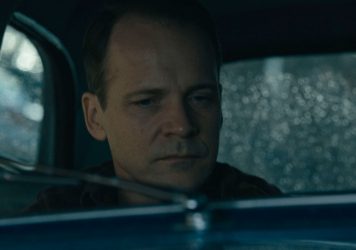