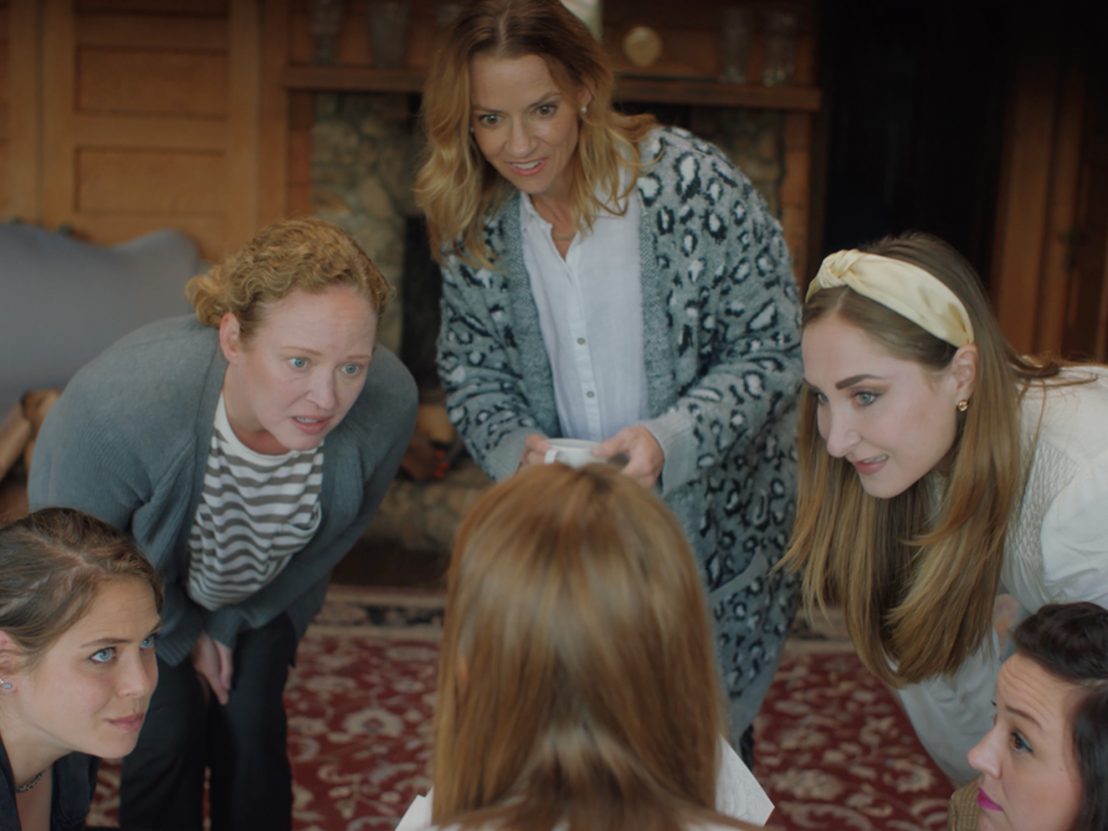 If there was one phrase I hated most growing up, it was “what are you?” Even though I consider myself fairly white-passing, the reactions I’ve received growing up with the distinctly Asian features I have range from curiosity to confusion and, unfortunately, disgust. I was forced to realise at a young age that no matter how much I pass as white, there are some people who are only going to view me as Asian for all the wrong reasons. They will see me as a threat, a danger, someone that is ruining the sanctity of the Caucasian race just for being born. The worst thing is that there is nothing I can do to prevent this without completely abandoning myself and my family in the process.

That is precisely why Soft & Quiet, the debut feature film of Beth de Araújo, gave me the worst panic attack I’ve ever had during a film screening. Shot in one take over the course of an afternoon, kindergarten teacher Emily (Stefanie Estes) has organised a white supremacist club called the Daughters of Aryan Unity and has amassed a group of equally hateful and racist women to join her. Some of the members decide to get together after the meeting, where a disturbing run-in with two mixed Asian sisters (Eleanore Pienta and Cissy Ly) sends their lives spiralling out of control.

There is a lot that can be said about films that centre on white supremacists, often along the lines of “these people are genuinely dangerous and shouldn’t be platformed in media.” While there is a kernel of truth to this thought, especially in an era where Asian women are brutally attacked under the guise of them being submissive or “used to” abuse, it’s important to be cognisant of the lens through that these subjects are under. Thanks to the tight direction of de Araújo, who is Brazilian and Chinese, the Daughters of Aryan Unity are under an angry, vengeful, and tense lens that refuses to give them any sympathy.

There is palpable anxiety against the film’s primary subjects within de Araújo’s direction and cinematographer Greta Zozula’s framing that cannot be understated. The decision for the film to take place in one take is not just a hook, but a conscious way for viewers to realise just how dangerous Emily and her new friends really are. This anxiety combined with the committed performances and bass-boosting score by Miles Ross escalates into a film more terrifying than any of the films in the SXSW’s Midnighters category. Most importantly, however, it’s an effective terror that grabs you by the neck and doesn’t let go until the credits finally signal the end of the film.

Soft & Quiet could be one of the most difficult watches of 2022, especially for other Asian women who would rather not be reminded of the horrors of white women harnessing nationalism for their own gain. Nobody is under any obligation to watch it if they can’t handle seeing the genuinely distressing content in our current climate, nor are white viewers meant to watch it as they bend over backward to prove they support Asian women. However, if you are up to watching it, you will understand exactly what de Araújo told the SXSW audience at the film’s world premiere: you can’t get rid of all of us.