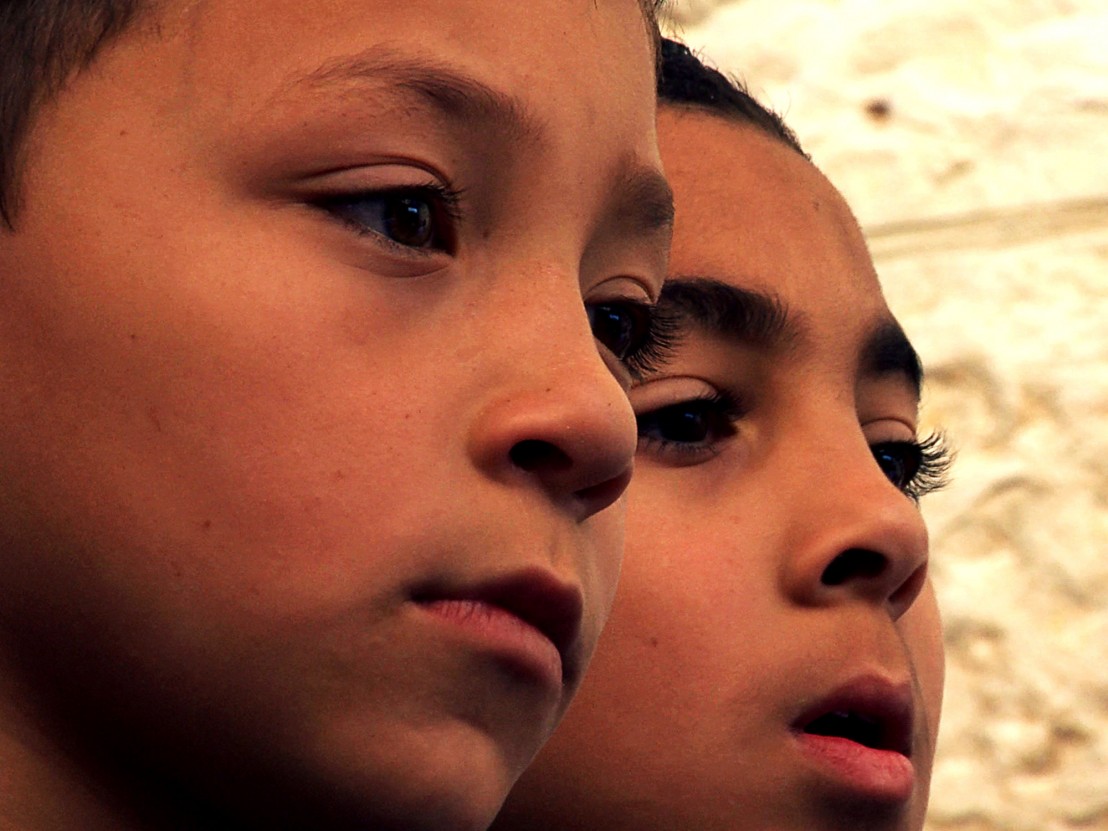 The Human Rights Watch Film Festival is underway in London until Friday 18 March and will take its haul of 20 film events to Toronto, New York and Nairobi before 2016 is out. One film on the roster is Danae Elon’s PS Jerusalem, which has been picked up for distribution by the on-demand service MUBI, enabling audiences to view it beyond its festival circuit run.

Elon’s documentary charts the relocation of her family from New York to Jerusalem. She has a husband, two young boys and a baby on the way. Her father, well-known Israeli author, Amos Elon, has just died of cancer. Part of her motive in emigrating is to revisit the place where their shared life was rooted, even though her father became disillusioned by Israel and left permanently in 2004. Her narration often returns to the absent man that she still adores.

Three years pass in dreamy sunlit instalments. We see her children growing up against ongoing racial feuds, violence and protests in the streets. Husband Philip is having a painful time. He is lonely, angry and scared by the ghettoisation, anger and fear that surrounds them. Danae feels torn. Her home is clearly troubling her family. The question that underpins every moment is, ‘Why travel to a city of suffering?’ – a question that extends to the act of watching all the films at Human Rights Watch Film Festival. What compels us to buy tickets to watch stories about people struggling across the globe? Why not just enjoy the window-seat that is our freedom? Why couldn’t Danae just stay in New York? Why did she whisk her young family away to the centre of the Israel/Palestine conflict?

The first thing to note is that more people have seen Deadpool than will ever see PS Jerusalem and more people don’t emigrate to warzones than do, so we’re not exactly discussing a human epidemic here. That said, there are sound reasons for going to places, physically or through film, that feature misery. In the same way that a Stepford Wife with glazed eyes and a forced grin is scarier than a person earnestly weeping, bedding down in a ‘happy’ bubble can be worse for you than going wherever you need to go to understand the world.

For Danae, there is also the matter of belonging. A comfortable environment doesn’t equate to feeling connected to an environment. Indeed, a certain amount of discomfort drives ambition to make things better, or at least to communicate what is wrong. “If there’s any hope of changing it, we have to not flinch and stop avoiding the darkest parts of our world,” said documentarian Joshua Oppenheimer, whose Indonesian genocide films The Act of Killing and The Look of Silence played at previous editions of this festival.

If this seems too grand a motive to hold onto always, think of the children. Poor, anguished Philip is suddenly lively in response to Danae worrying that she is giving her oldest kid, Tristan, too much baggage. “It’s just going to get him to become a very special kid with different values of life than another child… I think it’s a present more than anything,” he says. It will be interesting to see what kind of an adult Tristan grows into having been taught how to look conflict square in the eye.

PS Jerusalem screens at the Barbican on 12 March and Picturehouse Central on 14 March. Book tickets at ff.hrw.org/film