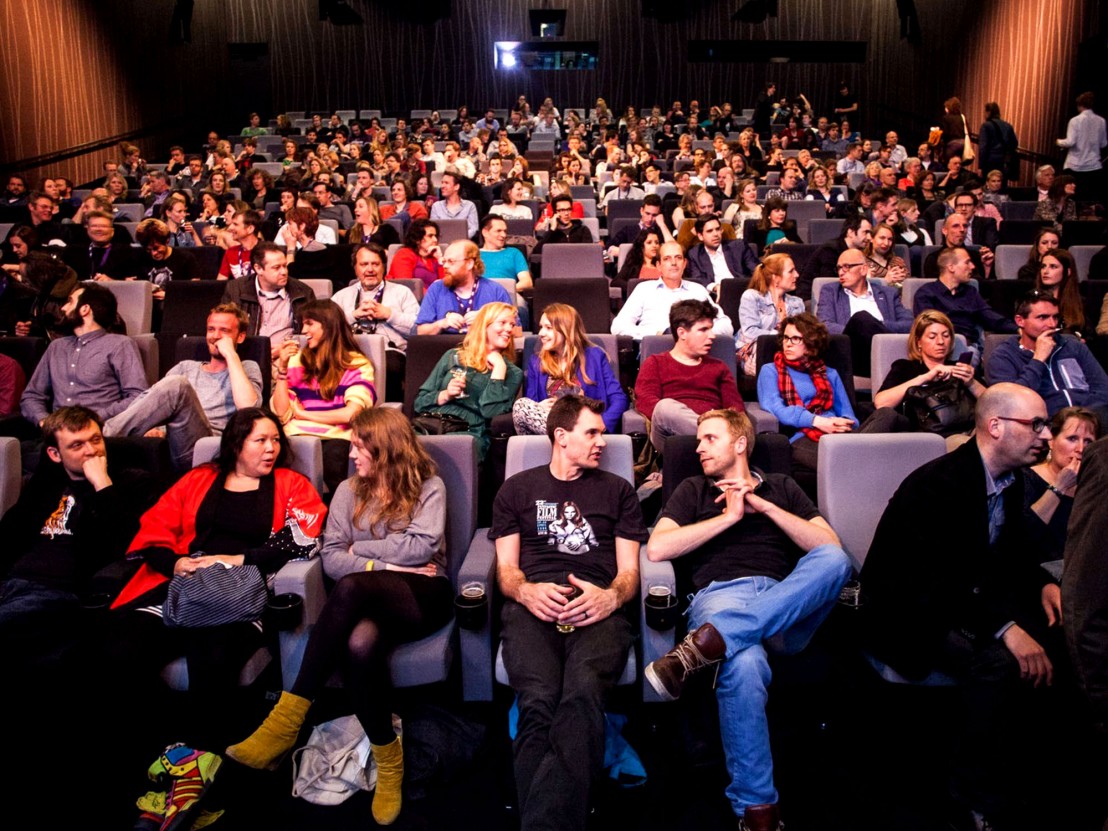 There is a film festival “circuit”. This you learn when you suddenly find yourself on it. It’s why the air during the second half of Venice is thick with low-level anxiety about seating arrangements on flights to Toronto. It’s why come mid-January Film Twitter gets clogged with complaints to US airlines about missing luggage en route to Sundance. It’s why casual acquaintances sign off their farewells in Berlin with unkeepable promises to meet in Cannes.

In the great body of the international film industry, these big festivals are the major organs, with reporters circulating through them like so many corpuscles. As such, it’s easy to regard them as an end in themselves and to forget the bigger picture they ostensibly serve.

One way of reconnecting to that bigger picture is by going smaller. Those major festivals – along with a handful of others like Locarno, Rotterdam, Karlovy Vary, SXSW and Busan – are the ones that get the headlines but they account for only a fraction of the 3000+ active festivals that, according to a 2013 survey, exist across the globe. Logically we know that: most of our hometowns, however small, have a film festival within easy reach – ones that don’t tend to get the coverage, the glitzy premieres, or Martin Scorsese on the jury.

I was recently invited to sit on the jury of one such festival (Scorsese was unavailable). Black Movie Festival in Geneva is boutique-y by anyone’s standard: the 2016 edition was a lovingly curated selection of 66 features in which Cannes favourites met micro-budgeted indies; Latin American paranoia dramas jostled against bracing debuts from South Africa; old Sion Sono movies were programmed against Ousmane Sembene classics. It’s terrific, and I had never heard of it.

Once there, that felt inconceivable. It’s a small festival, but with its army of dedicated staff and pleasant volunteers – not to mention its facilities, its parties, its hilarious marketing – it is an ecosystem unto itself, with in-jokes, communal history and a collective memory. In short, it has its own mythology. It boggles the mind to multiply out three-thousand-fold the effort and endeavour the festival represents, to get a rough idea of how much of this kind of grassroots art-house film fandom exists worldwide, with little thought for money or glory, little press coverage and next to no chance of being seated next to a Coppola at dinner.

So why bother? Black Movie’s tireless director, Kate Reidy, looks mildly surprised when I ask. “Even though it’s difficult getting all the means together, finding the venues and so on,” she says, “it’s still a very privileged job to have.” She and fellow director Maria tell me they are “great cinema lovers and it’s one of our biggest wishes to share with the audience the films we’re lucky enough to see.” It’s a simple statement, but it belies a lot of struggle.

An incurious visitor could easily see nothing of the moving parts below, but it’s a small miracle that Black Movie is still around. Reidy is quick to relate its challenges to wider issues, to “the whole change in the economics of cinema in general. Most of the small independent theatres are closing – here in Geneva six or seven have closed in the past five years alone – so all around us it’s getting more difficult to have this sort of event exist.” Indeed, just weeks before the festival (whose own funding has recently been supplemented by crowdsourcing), a key partner venue faced cuts-related closure prior to a local campaign which narrowly rescued it.

The irony is the very cuts that threaten institutions like art-house and rep cinemas, which are often integral festival partners, make the festivals themselves that much more necessary. Without a nearby independent cinema programming non-multiplex films, how else will whole regions be served the latest offering from Yorgos Lanthimos or Apichatpong Weerasethakul? “Our audience looks forward to this event every year because it’s about the only place they get to see these films,” says Reidy. But that need is not recognised by funding bodies: when I ask later if she’s afraid expansion might change the festival’s friendly culture, she laughs. “I wish I could have that fear! It’s not a problem that we have, we’re not going to get any bigger that’s for sure… Our main focus is trying to keep it going at the size and level that it is.”

These festivals, especially in towns where arts institutions are forced to do battle for every penny, are where non-professional moviegoers – let’s call them “the audience” – come to see exactly the sort of films that tend not to receive a general release. They are not the peripheral background radiation of modern-day film culture, they are where that culture happens, in much broader and more profound terms than on the rarefied “circuit”.

If it’s a constant worry that film appreciation among the wider public is ailing, the remedy lies in these small organisations – world cinema’s Médecins Sans Frontières, if you will. So support your local film festival any way you can: it may be barely getting by on a wing and a Kickstarter, but it is cinephilia at the coalface.