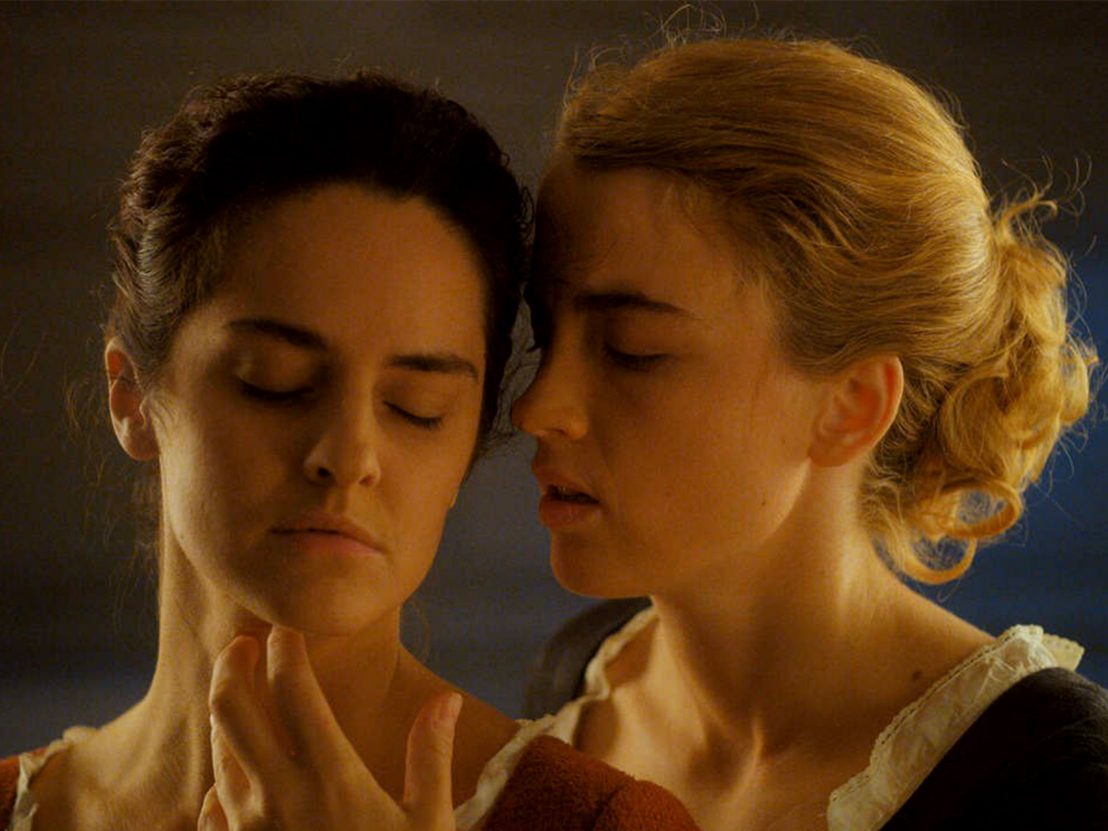 A woman leaps from a small wooden boat into choppy waters. She’s fully clothed in a heavy red gown, which makes it a struggle to swim to the unintentionally jettisoned crate she’s desperately trying to retrieve. But she’s determined – not because its contents hold any particular monetary value but for reasons that, at this stage, can only be explained on a subconscious level. Inside the box sits the blank canvas onto which she will soon paint a portrait of the woman she loves.

The history of art has been dominated by the male gaze, establishing contrasting paradigms of the strong, statuesque man and the passive, flawless woman that endure to this day in the films and television shows we watch and the adverts we are shown. Debate has raged for years in the art world over how to contextualise centuries of male construction and fetishisation of female bodies, but post #MeToo it feels apt to now ask a different question: what does it look like when a woman is depicted by a female artist?

This is the crux of Girlhood writer/director Céline Sciamma’s exquisite fourth feature, Portrait of a Lady on Fire, which is told from the perspective of a female artist who forms a deep, immutable bond with her subject. The setting is 18th century France, specifically a remote island in Brittany. It’s here that Marianne (Noémie Merlant) meets Héloïse (Adèle Haenel, reunited with Sciamma following her breakout role in the director’s 2007 debut feature, Water Lilies). The former is a well-regarded painter who has been commissioned to do a portrait of Héloïse which will be used to attract a male suitor.

But there’s a slight catch. Héloïse’s wealthy, widowed mother (Valeria Golino) reveals that her daughter will not sit for any painter, so Marianne must instead observe her under the pretence of chaperoning her on walks to a nearby beach. Héloïse has not long returned home from a convent, yet we sense she feels no happier or less constrained here. After a slowburn first act, where elegantly composed shots of stolen glances and loaded exchanges charge the air with palpable frisson, one of Héloïse and Marianne’s regular outings provides the spark that ignites their romance.

One evening, they attend a local festival with other noblewomen from the region. As the sun sets several of the women join together to perform a seemingly impromptu choral chant that captivates Marianne. The syncopated claps and harmonised vocals become more and more intricately layered, when suddenly our attention is drawn to Héloïse, who appears like a mysterious vision through the bright, entrancing flicker of a bonfire. 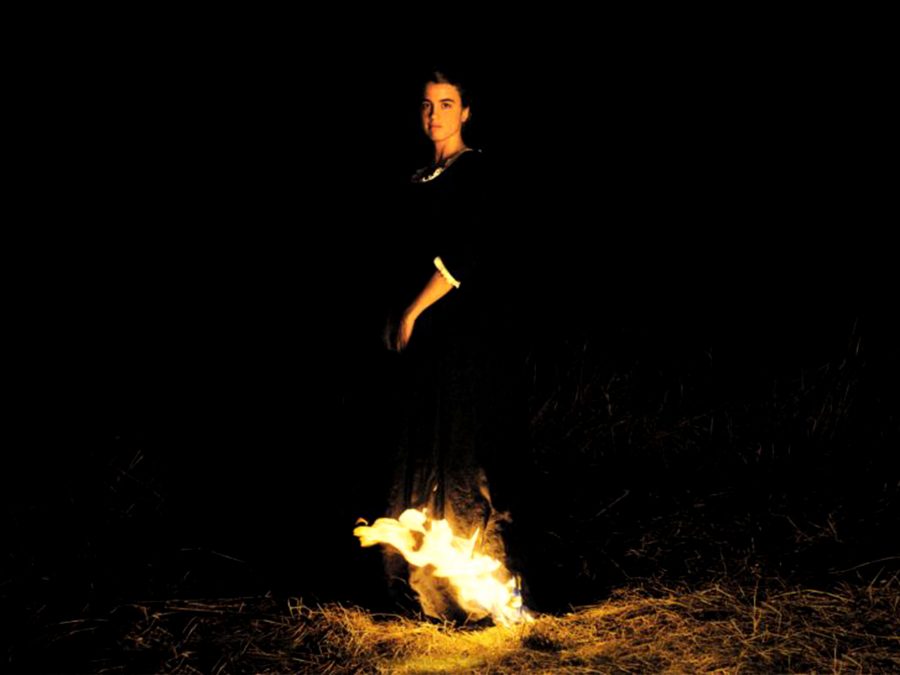 As Marianne and Héloïse begin to act on their impulses, Sciamma adds further flashes of magical realism. At several points during the film Héloïse appears before Marianne dressed all in white, illuminated by a soft, celestial glow. How is Marianne – and the audience – supposed to interpret these strange, ghostly sightings; as fleeting manifestations of her longing, as foreboding premonitions, or something else?

The answer lies in the ancient Greek myth of Orpheus and Eurydice, whose tale of doomed passion is recounted by Héloïse to Marianne and timid housemaid Sophie (Luàna Bajrami). The legend goes that Orpheus convinces Hades to free his dead wife, Eurydice, from his grasp on the condition that Orpheus must not watch her being released. But he can’t resist turning around, casting her back into the underworld forever. Each woman proceeds to offer a different explanation for Orpheus’ actions, with Héloïse suggesting that the memory of a loved one can be more meaningful and pure than the reality.

Sciamma’s ravishing celebration of female passion and desire is rooted in mutual sexual awakening but ultimately becomes a story of a much deeper, more spiritual kind of love. In the wrong hands this could easily have been reduced to drawn-out scenes of cheap, soft-focus titillation (cf Abdellatif Kechiche), but Sciamma’s sharp, progressive screenplay – which remains tonally faithful to the period – is all the more affecting for what it doesn’t show us; what is left unsaid.

It’s a film that requires the viewer to read between the lines and study each meticulous brushstroke carefully. Yet it ends on a rather more unambiguous note. Having completed her assignment, thus helping to seal her lover’s fate, Marianne returns to the mainland to teach an art class for young women. She sees Héloïse only twice more: once in abstract and once in the flesh, Sciamma bridging the physical distance between them while underscoring their emotional connection in shattering, unbroken close-up – a sucker-punch of a scene to rival Call Me by Your Name’s devastating final shot.