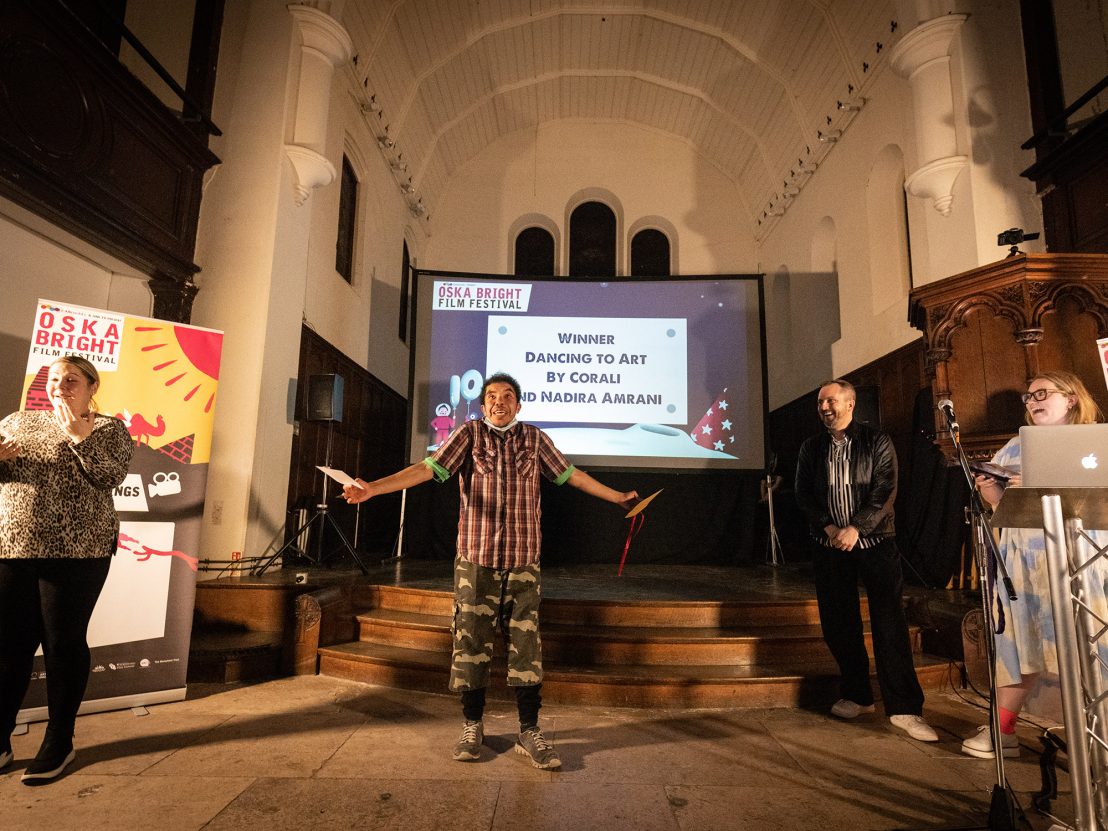 Oska Bright Film Festival is offering a bold, inspiring vision for how disability can be represented on and off the screen.

The lights are dimmed, rather than off. The volume levels are a little lower than usual for a cinema. There is a BSL interpreter present and everything is subtitled. When the films begin, you’re free to make as much noise as you like. The atmosphere in the room is joyous: the audience cheers, laughs and cries. If you need some time out or five minutes of fresh air, that’s okay too: you’re allowed to come and go as you please. This is a relaxed screening. This is Oska Bright, the world’s leading learning disability film festival.

The biannual event is based in March in Brighton and Lewes, East Sussex, with satellite screenings all over the UK, from the London Barbican to the DCA in Dundee. Originally established in 2004, the festival was started by a group of learning disabled artists. Fed up with not feeling represented by the programming at film festivals and frustrated at not having a platform to showcase their work on the big screen, the idea for Oska Bright came easily: “It’s like the Oscars,” says Lizzie Banks, the festival’s producer, “But in Brighton”.

This year the festival celebrated its tenth anniversary with a bold new programme from the world’s best learning disabled filmmakers. Its films spanned every genre, from comedy and sci-fi, to documentary and dance. Its audience was told only to expect the unexpected: see Mattricide (Gemma Rigg, 2021), a stop-motion animation about murderous mattresses, or Filters (Lianne Mackessy, 2020), a drama about a young woman with Down’s Syndrome who decides to dupe her ableist employers after a succession of frustrating job interviews. The films are by turns funny, moving and rebellious, with only one common theme: that they are all by or about learning disabled or autistic people.

What’s the Oska Bright stance on “cripping up”? Lizzie shakes her head: “It’s an absolute no way.” As are the sob stories, the educational films and the films where the learning disabled character feels like a token or afterthought: “There are lots of stories where somebody’s written them in just for the sake of it and it’s really obvious.” Not only do these perpetuate harmful stereotypes, they “misunderstand the whole point of what we’re trying to do and the change that we want to affect across the film landscape”. For context, this is a film landscape in which – although 20 per cent of the population is disabled – disabled characters make up just 8.2 per cent of characters on screen and where, behind the camera, representation is even worse: only 5.8 per cent of off-screen talent is disabled.

So what makes an Oska Bright film? “We love weird,” Lizzie laughs, “But we also want stories that push people, that challenge perceptions of what learning disabled people are capable of.” 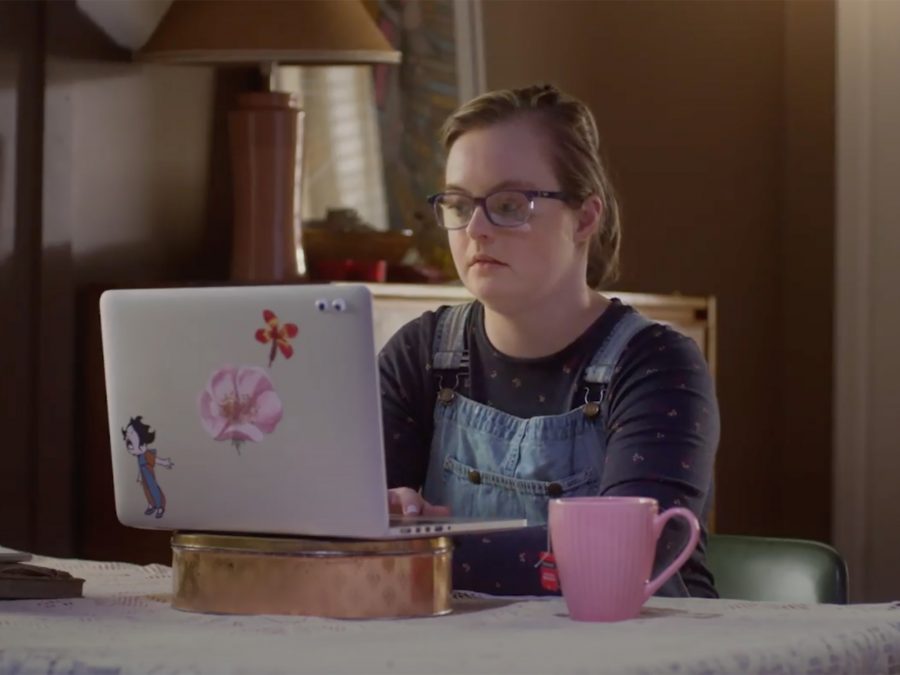 The festival prides itself on its intersectionality and indeed many of the Oska Bright films are about people whose learning disabilities collide with and complicate other parts of their identity. One of the festival’s best-loved strands is “Queer Freedom”, a celebration of the learning disabled LGBTQIA+ community. The brainchild of Lead Programmer Matthew Hellett, the strand was born out of Hellett’s frustration at never seeing queer disabled people represented on screen.

Disabled people – and perhaps learning disabled people in particular – are usually de-sexualised by the mainstream media; they are represented as being without desire or agency, without a sexuality of their own. The Oska Bright films challenge this head-on: take for example S.A.M, a film about two boys, both named Sam, one with Down Syndrome and the other non-disabled, who slowly fall in love on a housing estate. “Queer Freedom” has grown to become the festival’s most popular touring strand and their most requested film hire, thanks in part to an engaged and supportive LGBTQIA+ audience.

The festival also attracts an increasingly younger crowd of under thirty-fives passionate about championing diverse voices in the arts, and it’s exciting that Oska Bright is slowly piercing the mainstream: whereas in its early days, the festival attracted a mostly learning disabled audience, today its audience is 60 per cent non-disabled. This is important: in order to challenge perceptions and change minds, learning disabled artists can’t just preach to the converted; their work must be seen and embraced by the wider world. Not least because their stories are in no way “niche”: in the UK, there are 1.5 million learning disabled people.

There are more reasons to be hopeful: Oska Bright has recently been recognised as a BAFTA-qualifying festival, which will hopefully mean that its best films might someday gain visibility on a national stage. It is also encouraging that a small handful of authentic learning-disabled led features like The Peanut Butter Falcon have in recent years hit the mainstream, proving that there is an appetite for these stories. Meanwhile, Oska Bright continues to tour its films around the country, partnering with festivals like Encounters, Aesthetica and Glasgow, and running workshops in schools, colleges and day centres, encouraging learning disabled people to get into filmmaking.

When my time at the festival comes to an end, I leave feeling inspired by the boldness of the films, and refreshed by the welcoming atmosphere. After attending a relaxed screening, it is hard to imagine ever willingly going back into a cinema where you have to wait for an on-screen explosion to take a sip of water, for fear of making a sound.

To overhaul the film industry to better include disabled people, there is much work still to be done; from the inclusivity of our programming to the accessibility of our cinemas. But the festival has left me with a vital reminder: that film is meant to be enjoyed, and by everyone. Oska Bright has known this a long time: it’s the rest of us who need to learn.