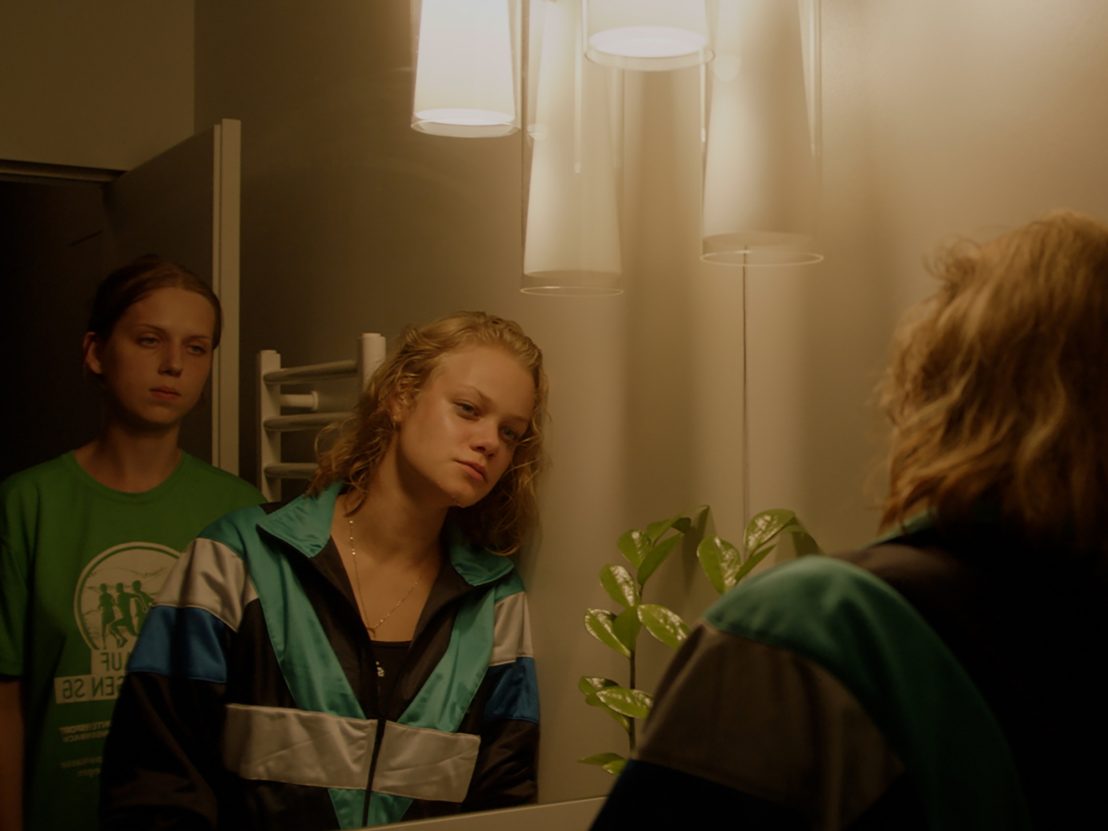 On our screens, the image of young adulthood is so hyper-aestheticised that seeing a film about the Latvian rave scene titled Neon Spring might tempt us to locate it alongside some ultra-glossy, vibes-centric Euphoria-esque fare. If so, that expectation is rapidly dismembered by the film’s second scene: as a young woman and her boyfriend descend into the basement of a disintegrating building (where else does one rave?), techno beats bash in our skulls with wince-inducing sharpness, and a nauseatingly handheld camera whips up, down, and around the corners of an ugly, unsexy underworld. People writhe on the sidelines, dispassionately making out like badly-animated video game NPCs. There’s no heat, no romance, no grinding of sweaty flesh on the dancefloor.

Don’t get it twisted – Neon Spring is still very much a vibes movie, but one that’s acutely aware of the inauthenticity that entails. Cruising between the clubs, alleyways, and drugged-up house parties of suburban Riga, it maintains a coldly observational gaze that refuses to either romanticise or moralise its characters’ dead-eyed recklessness. A constantly estranging experience that harshens and distorts the well-worn aesthetic language of other neon-lit coming-of-agers, it’s more interested in exploring the yawning gap between surface performance and inaccessible, unknowable feeling. “I’m not high, I’m just pretending,” a young man says, squirming on the carpet while his friends do lines of coke off their phones. The cocaine, crucially, is less important than the theatricality of it – a behavioural script they can call on to avoid figuring out what the hell to do, or feel, otherwise.

The film is kept in lurching orbit around Laine (a quietly volatile Marija Luīze Meļķe, also credited as co-writer), an inscrutable 20-year-old student whose name translates to “small wave”. Not a big wave, she emphasises, a small one. Laine dances, gets high, and indulges her youth with the resigned nonchalance of someone perpetually aware of their own insignificance, and yet there’s something sublimely complicated about Meļķe’s performance – at once weirdly serene, but stretched so taut that we can see the latent, anxious feeling crawling parasitically under her skin. The camera is often unflatteringly close to Laine’s face, so no matter how crowded the dancefloor is, it always feels like she’s alone. This isn’t really a story about finding community; the people she meets drift in and out, and moments of intimacy (like when she makes out with a girl on a rough concrete pavement in stark daylight) feel blunt and frigid, curiously drained of release.

A refreshingly feel-bad watch, Neon Spring seems so opposed to the principles of a coming-of-age film that it almost ceases to be one. What does it mean to ‘come of age’ when Laine already feels so aged by isolation and neglect, and her parents are equally irresponsible and unstable? When escapism is temporary, and your friends can’t do much, either? Self-discovery is the remit of a less disillusioned bunch, it seems. For now, the techno music still promises to drown out the silence – even for a little while.