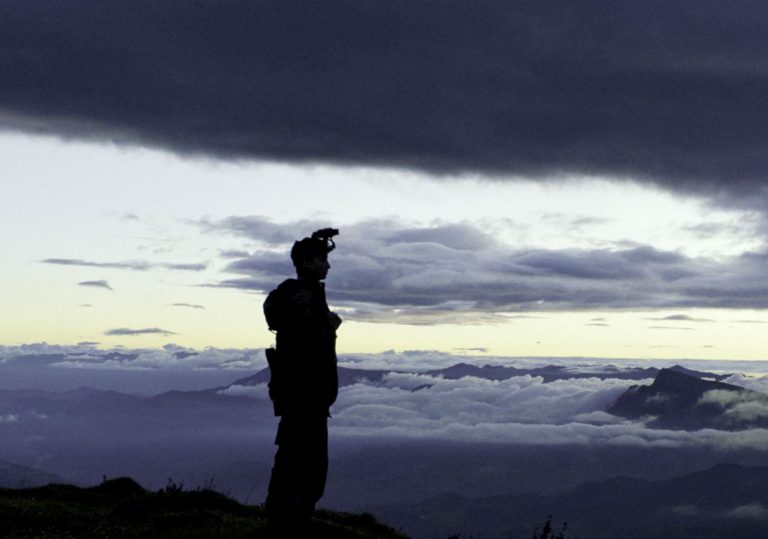 One of the year’s buzziest titles from both Sundance and Berlin.

The blistering third feature by Colombian-Ecuadorian filmmaker Alejandro Landes starts with training rituals that recall the physicality of Claire Denis’ Beau Travail. Its characters are eight teenage guerrillas serving the orders of a mysterious force known as the Organisation, stationed to wait for further instructions beyond guarding both an American prisoner (Julianne Nicholson) and a loaned dairy cow.

While some have code names referencing pop culture (Rambo, Smurf), others (Bigfoot, Wolf) evoke folklore, myth and fairy tales. Their base of operations does similar, with a mountaintop fortress filmed by DoP Jasper Wolf as though it’s an island floating in the clouds, while the arrival on horseback of their adult drill sergeant, a minuscule but extremely muscular man, amplifies the surreal, fantastical quality. Were it not for the fact they’re firing guns and holding a woman hostage, the group’s early joviality and camaraderie would suggest a more gender-inclusive Lost Boys (JM Barrie’s, not Joel Schumacher’s).

The majority of the film’s stars are first-time performers. Nicholson aside, the one recognisable face among the cast is Columbian-American actor Moisés Arias, who first made his name in Disney Channel productions. ‘Lord of the Flies’ allusions come to the fore through him, where circumstances result in an unqualified leader inflicting vicious control over his increasingly fractured and scared followers. 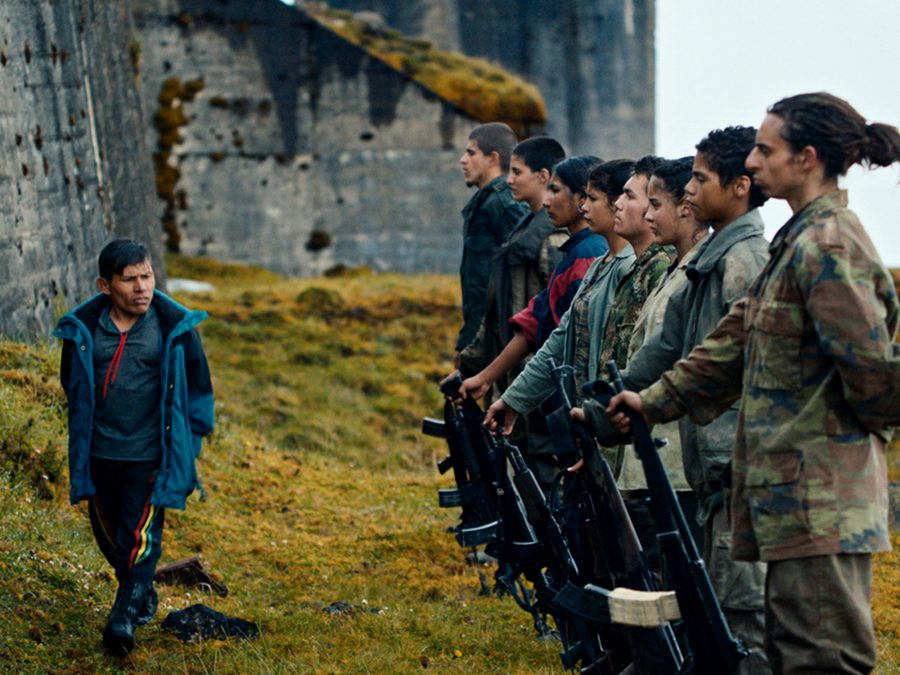 Intensifying proceedings is Mica Levi’s strange score, which veers from jittery menace to something more reminiscent of the relaxing downtime stage in a Final Fantasy game. This adds to the film’s fever dream quality, and while that particular descriptor may be overused when referring to a film with slippery storytelling and ethereal imagery, it really is fitting for Monos.

Hallucinatory detours and several heated moments of violence enhance the feeling that Nicholson’s character is in a perpetual waking nightmare, while further ambiguity stems from Landes withholding the political stance and wider plans of the Organisation. This is not to suggest that Monos presents a centrist narrative, rather that any sort of explicit ideology, be it left- or right-leaning, is absent from the film.

Child soldiers stuck in a daily routine of monotonous military exercises, later placed in scenarios where they’re forced to defend their lives, aren’t likely to be privy to the political machinations underpinning the cause they’re ostensibly fighting for. And just as there is often not a clear-cut explanation for the type of modern conflict one might be inclined to read this allegorical tale as representing, Monos amounts to much more than straightforward moralising over youth and innocence lost to war.

One of the year’s buzziest titles from both Sundance and Berlin.