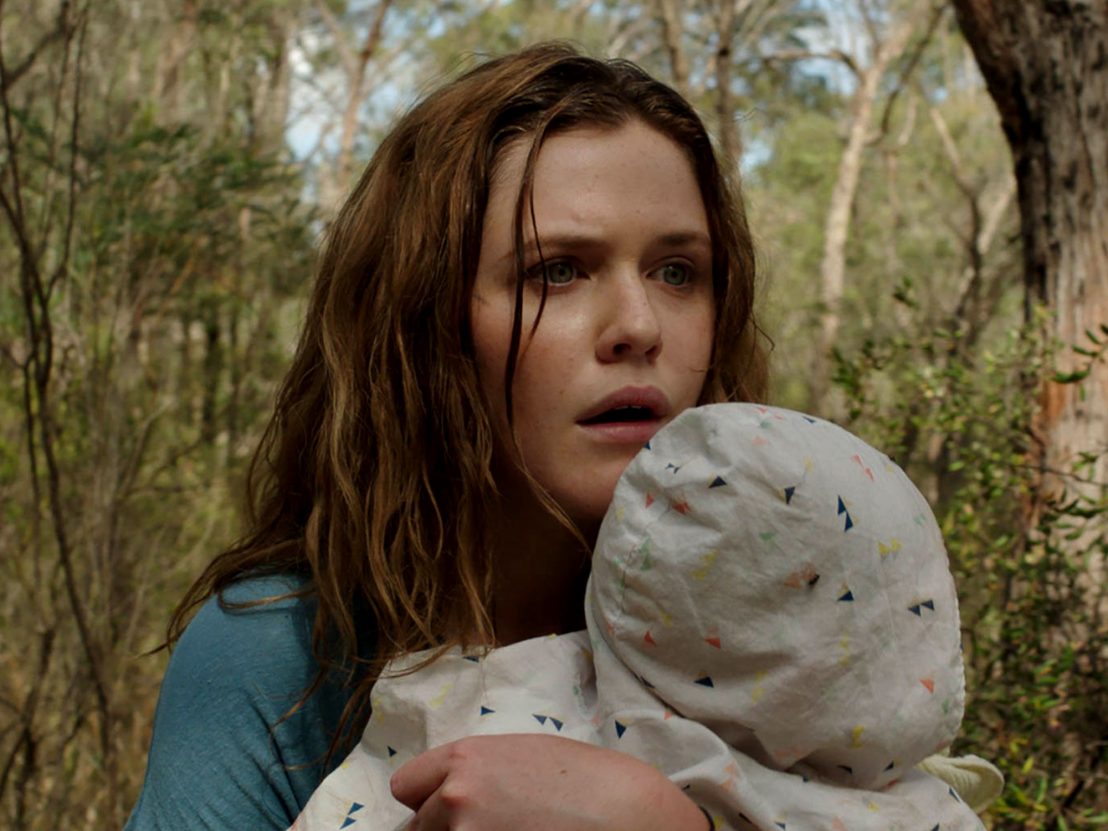 Despite hailing from a nation associated with sun, sand and surf, Australian filmmakers have long relished exploring the darker side of their homeland, often scaring the bejesus out of audiences in the process. In the contemporary horror tradition of Wolf Creek, Snowtown and the yet-to-be released Hounds of Love comes Killing Ground, a dusty journey into hell courtesy of first-time feature director Damien Power. And while there may not be a meat cleaver or power drill in sight, it’s just as likely to haunt audiences long after the credits have rolled.

The premise is initially familiar enough: a young couple (played by Ian Meadows and Harriet Dyer) arrive at a lakeside campsite for a weekend getaway, only to discover a neighbouring tent lying empty. Clearly, something is amiss – and soon enough, through a well-presented series of flashbacks, we are shown the missing family (Maya Strange, Julian Garner, Tiarne Coupland and Liam and Riley Parkes), as they were, while also being introduced to a pair of local grifters (Aaron Pederson, Aaron Glenane) who are clearly up to no good – although exactly what that is remains unclear. A suitably vicious mutt is usually by their sides.

Multiple narrative threads are interwoven with great skill and visual flair, with Simon Chapman’s cinematography, Katie Flaxman’s editing and Leah Curtis’ score each impressing. The tension ratchets up nicely. Even when the action becomes – perhaps inevitably – more conventional during the third act, Power still finds time to throw in the odd surprise before we’re through. Some neat, divisive interplay between the besieged couple caps thing off with a suitably awkward twist. Shades of Straw Dogs and Deliverance work to strong effect.

Thankfully we’re spared the worst of the torture-and-rape scenes which the missing family endures in the national park. What we do see is sufficient enough. Pederson (best known as the brooding cop in Ivan Sen’s Mystery Road, and here playing against type to great effect) and Glenane are both terrifying with their respective characters’ urges, which demand only sparse explanation and analysis in the film. For once, what is presented here is free of cliché and contrivance. Even with a modest budget, this intelligently restrained work manages to remains authentic and tense throughout.

Killing Ground premiered in Sundance’s Midnight section – a hallowed slot for horror creatives and their rabid fans. With Park City hit by a deluge of snow shortly before the festival began, there was literally nowhere to run after the screening. The setting worked a treat in terms of emphasising the chilling atmosphere of this out-of-town horror, not to mention Australian filmmakers’ repeated success in shaking off their country’s perennial postcard image.