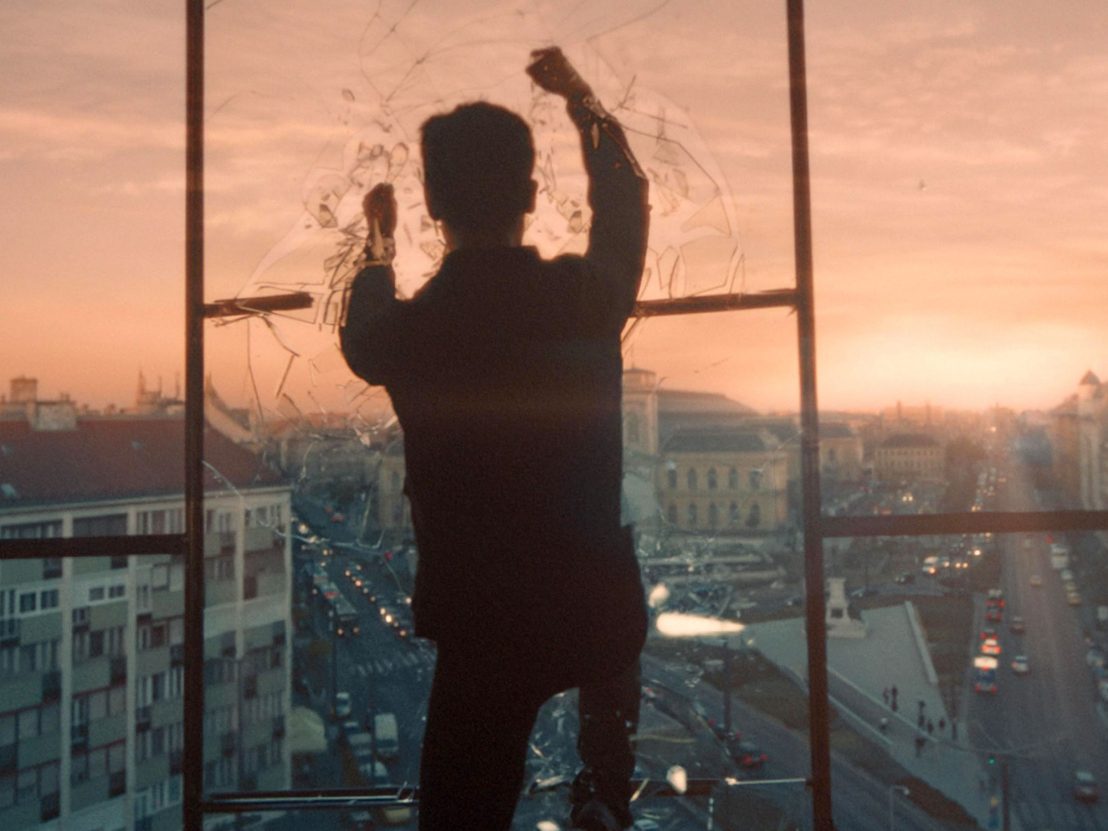 Christ returns to Earth in the form of a Syrian refugee in Kornél Mundruczó’s overblown B-movie.

It’s hard to think of a more blatant Hollywood begging letter than Kornél Mundruczó’s weirdo, self-serious genre mash-up, Jupiter’s Moon, which played in competition at the 2017 Cannes Film Festival. It adopts a simple B-movie plot line and introduces a morally slippery central protagonist then, for two hours plus, runs tracking shot rings around them as if the makers have made a bet between themselves to make each shot more needlessly bravura than the last.

Indeed, the pile-up of intricate long takes often makes you entirely forget the stuffy storyline, which is a contemporary, noirish take on the Passion of Christ, or something like that.

In a severe opening title sequence, we’re told that one of Jupiter’s moons has a salt water sea that could potentially sustain life, and that it is named Europa. We then open on the darkened hold of a wagon packed with Syrian refugees attempting to enter Europe via Hungary. The focus remains on the cowering face of Aryaan (Zsombor Jéger) who knows that a single night time river crossing is all that stands between him and his father’s new life.

But when the boats push off, the guns start to fire, and when Aryaan takes three in the chest, his body begins to levitate from the ground and above the tree line. He then engages in an ethereal mid-air dance that evokes the late Joy Division frontman, Ian Curtis.

So within the opening five minutes the film sets out its stall as a treatise on cosmic colonialism, a realist political drama and a religiously-inflected science fiction parable. When Merab Ninidze’s disgraced doctor Gabor Stern is introduced, the film takes yet another turn, as he wants to co-opt Aryaan’s special powers to help make some pocket money from ailing fat cats. But when the secret gets out, everyone wants a piece of him, specifically the trigger happy boarder patrol men who are constantly closing in on the runaways.

This is a fast and frisky hash of striking action set-pieces and less striking pseudo-philosophical dialogue. Devil-may-care Stern feels like a character ripped directly from a John Carpenter movie, but he unfortunately never really emerges from his one dimensional tough-guy-with-feelings shell. Weedy Aryaan, meanwhile, is just plain dull, getting little to say or do between his lavish bouts of occasionally destructive floating.

The film’s lack of focus can be seen in Mundruczó’s habit of having his camera tilt away from the main subject to draw in a spurious side detail. One rather dubious shot sees him gawping at a bikini-clad ass as a woman wades through a plunge pool.

Even though it’s not at all clear what Jupiter’s Moon is attempting to say or do by the time its gun-popping finale comes around, it takes no political sides when it comes to the issue of global human traffic and the value of a spiritual life. This careful fudging of anything that could get it pegged as promoting one position over the other might make Mundruczó a perfect candidate for a Hollywood run out – especially as, above all else, this appears to take many of its narrative cues from that Tinseltown perennial: the superhero origin story.