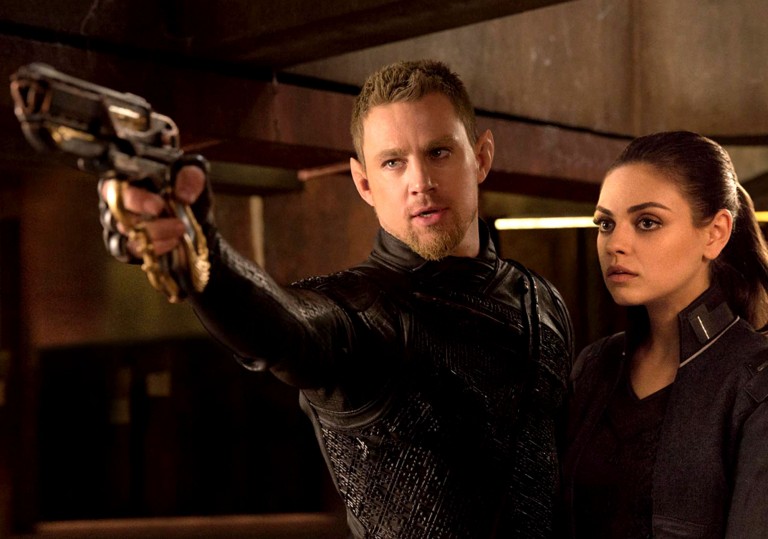 Derivative in the extreme.

The infamous torture scene in Neil LaBute’s critically-derided 2006 remake of The Wicker Man – in which Nicolas Cage utters the immortal line, “Oh, no, not the bees!” as an angry swarm is poured into the wire-mesh helmet he’s been forced into – has racked up more than two million views on YouTube. Now, however, its long reign as the undisputed nadir of apoidea-based movie scenes looks to be over.

Behold Jupiter Ascending, in which Mila Kunis’ star-gazing Chicago house cleaner, Jupiter Jones, having just learned that she is, in fact, the reincarnated queen of the galaxy, discovers that she is able to command an entire colony of honeybees just by wafting her arms. “You’ve never been stung by a bee before, have you?” enquires an awe-struck Sean Bean, who then proceeds to explain to everyone in his most earnest Yorkshire drawl that bees are hard-wired to recognise royalty. Unable to wrap her head around this nonsensical revelation, Jupe (as she’s irksomely referred to throughout the film) instantly dismisses the notion that she has blue blood. “Bees don’t lie,” Bean assures her.

If you’re reading this thinking we’ve just gone and spoiled the best bit of the movie, fear not. There is no shortage of head-scratchingly dumb moments in this bloated 3D space opera. This is, after all, precisely what we’ve come to expect from writer/director siblings the Wachowskis, who seem destined to continue plumbing the depths of the very genre they helped rejuvenate some 16 years ago with their landmark cyberpunk odyssey, The Matrix.

Once again, the human race is blissfully unaware of its grim fate. Only this time it’s aliens, not machines, that are holding dominion over Earth. Specifically, Eddie Redmayne’s preening intergalactic overlord, Balem Abrasax – the kind of irrationally evil cinematic baddie who insists on speaking in a menacingly hushed register despite communicating with every other character from the opposite side of the room with his back turned – and his squabbling brother and sister (Douglas Booth and Tuppence Middleton, keeping the British end up), each of whom are keen to harvest our planet’s most abundant natural resource in order to sustain their own immortality. Time, Balem proclaims, is the most valuable commodity in the universe.

Testing that theory is Channing Tatum, who pops up as the film’s figurative and literal saviour, a peroxide-goateed bounty-hunting man-wolf named Caine (think Magic Mike auditioning for Starlight Express). With Jupiter about to be bumped off before she’s able to claim her birthright, Caine intervenes in the timely manner of a bona fide action hero – waving a big gun around and sporting some rather snazzy anti-grav boots that enable him to carve around mid-air like some slippery beefcake assassin. Tatum spends the entire first half of the film swooping about with his shirt off, but not even that will be enough to distract you from how awesomely dull the film is.

This is spectacle cinema at its most anaemic and unadventurous. A colossal cosmic compost heap filled with characters so thinly developed their combined distinguishing traits and motives would struggle to fill one side of a cocktail napkin. The film also features the most awkward impromptu-family-reunion-on-a-gangway-suspended-over-a-massive-air-shaft sequence since the Skywalker men first crossed swords. All of which makes Jupiter Ascending feel like an expensively assembled mash-up of other superior sci-fi epics – from Luc Besson’s The Fifth Element to JJ Abrams’ Star Trek. Only with a load of trench coat-clad CG lizard henchmen and Gugu Mbatha-Raw in a pair of novelty oversized mouse ears.

Myriad shortcomings aside, the fundamental problem with engineering your film’s central narrative to accentuate the preciousness of time is that your audience is unlikely to take kindly to having a significant chunk of theirs wasted.

Derivative in the extreme. 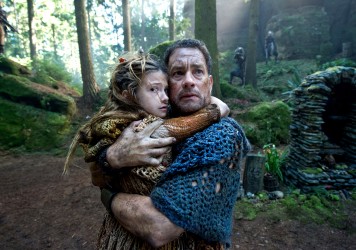 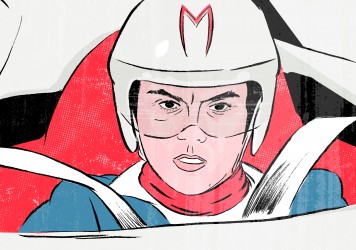