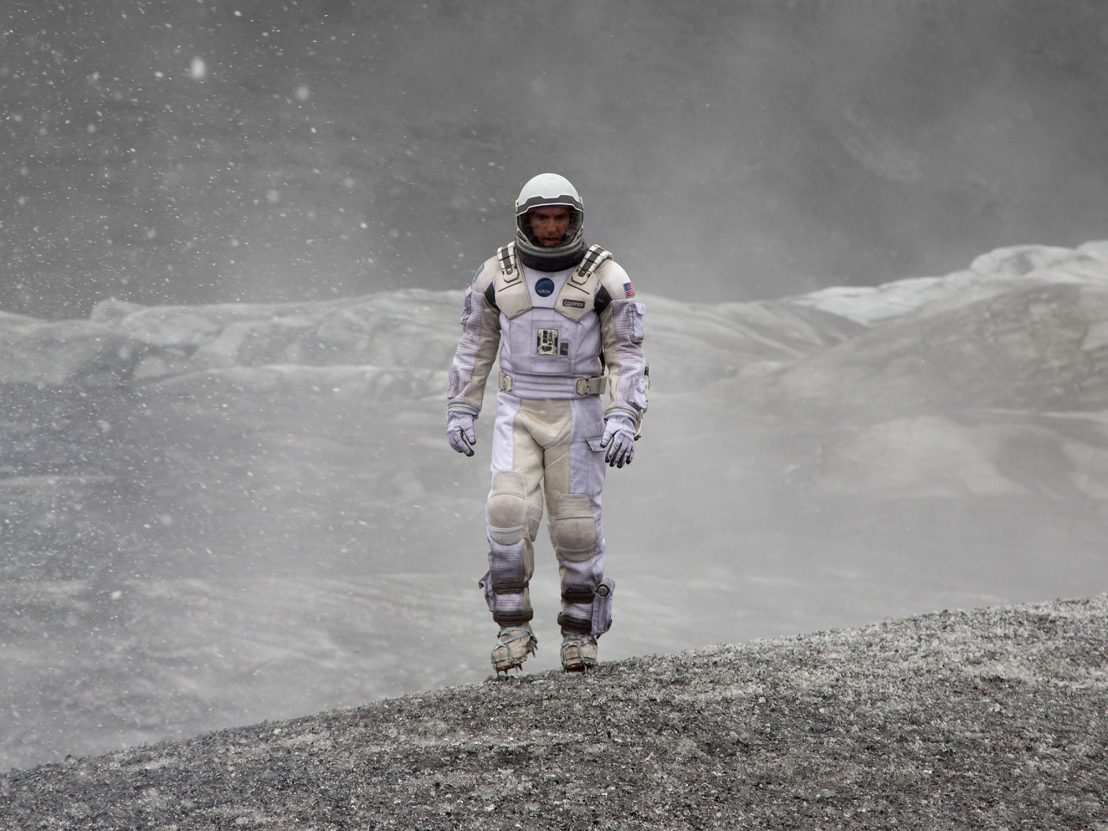 From blockbusters like Interstellar and Rogue One, as well as various homegrown productions, cinema is now a vital part of the Icelandic economy.

Early in 2018 I was invited to Reykjavik, Iceland, to attend the fourth edition of the Stockfish Film Festival. The press attaché thankfully answered a key question before I needed to ask it: stockfish is dried, salted cod which is exported en masse to Nigeria, a country which, apparently, can’t get enough of this local delicacy.

The concept behind the festival is that they want to make film become Iceland’s primary export, and it certainly seems like they’re avidly moving in that direction. The lovely Bíó Paradís cinema acted as the festival’s main hub, smack dab in centre of town and a hive of local cinephile activity. It boasts a large lounge area whose walls are decorated with alternative film poster designs, each one created by a local artist. This is a project that is the offshoot of a regular screening series at the venue.

Many of the films programmed for the festival were European titles that were steadily doing the global rounds. This was a chance for local audiences to preview the year in arthouse ahead of time, and screenings duly drew robust crowds. Yet the function of Stockfish appeared to be more subtly expansive – an attempt to pinpoint Iceland’s currently location on the global cinema map. The films almost seemed like decorative additions to a broader cause. Their total embrace of Hollywood extended to the local restaurants, as the one spot that everyone would recommend without fail is a street corner hot-dog stand called Baejarins Beztu Pylsur (update: they were very good dogs).

Still, domestic production appears to be in fine fettle: Ísold Uggadóttir’s And Breathe Normally is a beautifully judged immigration tale of the unlikely friendship that forms between an immigrant woman attempting to sneak through Reykjavik and the border guard who notices that her papers are invalid; Woman at War by Benedikt Erlingsson is a fine follow-up to his 2013 feature Of Horses and Men, following a rebellious loner as she rallies against industrialisation in order to preserve the breathtaking landscape; there’s also the wonderful short feature, The Day the Beans Ran Out, by Guðný Rós Þórhallsdóttir, a pitch-perfect zombie paean to the pastel-hued, geometrically pristine world of Wes Anderson. 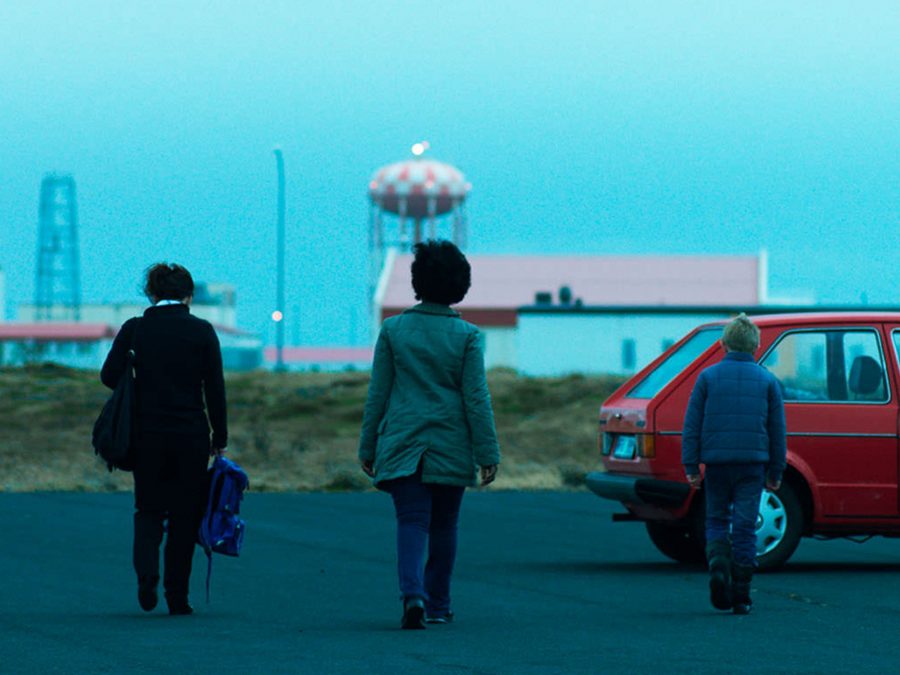 Yet it seems as if Iceland is looking to forge a deeper connection with film, and exploit the country’s vast natural resources in ways that reach beyond propping up homegrown talent. There was much eager talk of how Reykjavik’s favourite son, Baltasar Kormákur, who divides his time between Hollywood (2 Guns, Everest, Contraband) and home (Jar City, The Deep), is in the process of setting up a major studio space just 15 minutes from the capital. Handily named Reykjavik Studios, its aim is to allow local directors access to a broader array of filmmaking resources, while also making it easier for foreign productions to form a robust base on the island. Early images of the space present it as a gigantic hangar in which dreams can both land and take off.

The culture is infused with a cinematic heritage. If you wander down the city’s main drag, every other building is an unofficial ‘tourist office’ offering excursions allowing visitors to pay homage to shows like Game of Thrones and, more recently, films like Blade Runner 2049, Interstellar and Rogue One: A Star Wars Story. There’s even an unofficial Big Lebowski-themed bar. Yet if you have the chance to head out and see the stunning landscape outside of the capital first hand, then take any excuse you need. Even driving for a few minutes beyond the city limits, or hopping on to a suburban bus, it becomes apparent how unique and photogenic the volcanic landscape is. How best to take advantage of it all for the sake of cinema?

The reality is, filmmakers haven’t always been able to take advantage of these stunning backdrops, and it’s usually for banal, logistical reasons. If a large scale Hollywood production with a crew of 100 needs to come and film a sequence by a secluded waterfall or inlet, and the local guesthouse offers room for 30, then how to make it work? The local film industry is now working as a facilitator and an enabler – so flexing creative muscles in a slightly different manner. For a situation like this, they might be able to provide mobile lodgings, or extra technicians to help ease the strain of a location shoot. They have so much to give, and now they have a practical way to give it. 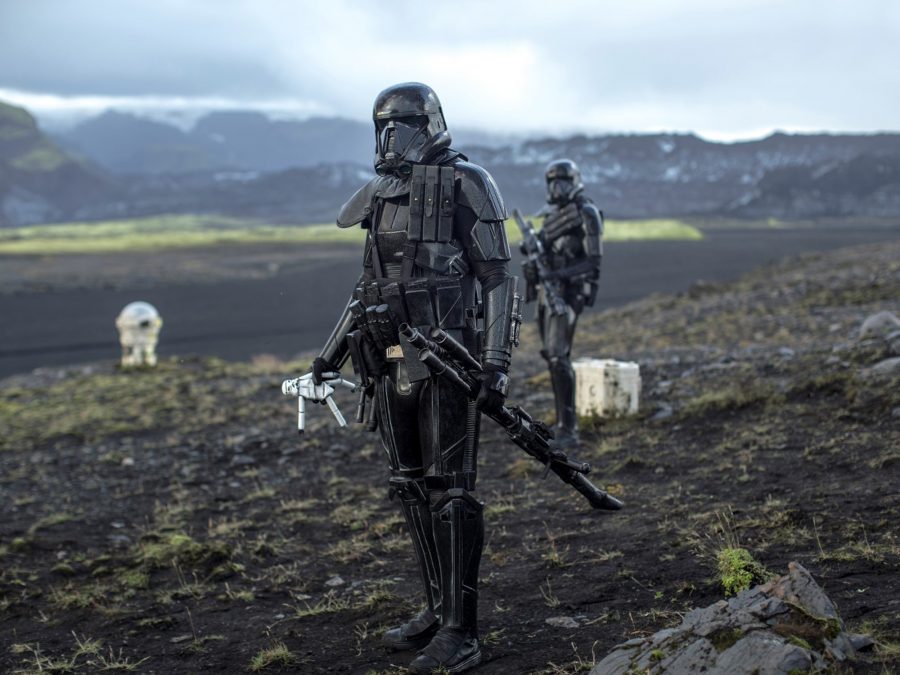 At Stockfish, the esteemed movie location manager Emma Pill was invited over to lead a panel discussion about her work which involves finding real backdrops for fantastical stories. Denis Villeneuve gave her the task of finding a red desert for the opening scenes of Blade Runner 2049, where Ryan Gosling’s K tracks down Dave Bautista’s Sapper Morton in a secluded shack. After searching everywhere, she eventually settled on Iceland, and Villeneuve was thrilled that he could realise his vision so closely.

Attending the panel were representatives from all the various regions of Iceland. All had questions they were firing at Pill with regard to how best they could make her job easier. She rightly reminded the audience that it would be physically impossible to visit and photograph every geographic location of interest, so they could help her by making detailed landscape portfolios themselves. By the end, Pill had essentially instructed them to produce detailed lists of places they think could be of interest, making her job a little easier and also meaning that some of those hard-to-find places are nudged closer to the fore by the people with the detailed local knowledge.

Stockfish did feel a little more like a cultural expo than a traditional film festival, but sometimes that’s certainly no bad thing. The country scored one of their biggest overseas successes in 2015 with Grímur Hákonarson’s rustic drama of rival farmers, Rams, and there is already considerable buzz for the director’s follow-up, The County, due in 2019. As films about the exploration of desolate planets with spectacular landscapes continue to rise in popularity, there’s no doubt that films crews from Europe and Hollywood would be willing to make that journey for that edge of authenticity.

Find out more about the Stockfish Film Festival at stockfishfestival.is