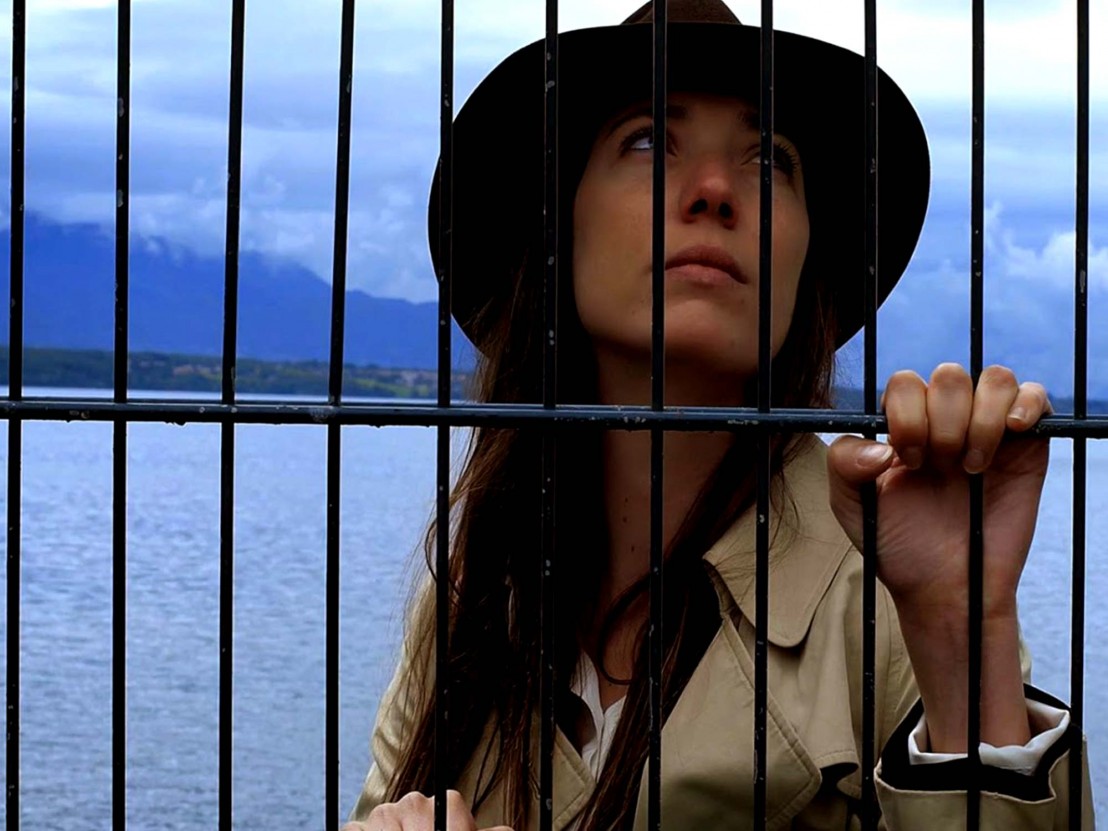 The semantics of cinema are of paramount concern in Jean-Luc Godard’s alchemical, no wave dispatch, Goodbye To Language 3D, which enunciates as clearly with images as it does with acerbic, philosophically-inclined and politically trenchant dialogue. And there’s no Navajo in sight. This 70 minute feature was born out of a 2013 short film entitled The Three Disasters, part of the 3 x 3D portmanteau feature which prompted experiments in stereoscopic image-building.

Naysayers will likely recoil at the sheer intellectual and aesthetic density of the film and, in keeping with pretty much everything the director has ever made, it’s not a work which actively seeks to be understood or, furthermore, offer flashpoint ambiguities over which to endlessly ponder or decipher. Of a stylistic piece with 2010’s illusive diptych, Film Socialisme, this is cinema in which technical process and the DNA of montage construction are nudged to the fore and, perhaps, intended to be accepted as the essence of the work itself.

Godard achieves this by offering a sustained sensory assault in three dimensions and with added bass-bothering stereo sound, planting scenes from a relationship at the core of the ugly-beautiful cacophony of images and then slowly shifting focus to the innocent travails of roving mutt, Roxy Miéville. This poetic central drama is an element for individual viewers to absorb at will, with emphasis placed much more on the swirl of juxtapositions, superimpositions, film stock changes, colourisations and image definitions.

As complex a film as this is, it is one that offers a bounty of simple pleasures, many of which derive from its innovative employment of 3D and a cut-and-paste soundboard of classical music excerpts. Indeed, the perpetual alteration of image styles works to sustain the optical razzmatazz over the entire length of the film, and there are scenes later on which are as breathtakingly disorienting as those at the beginning, when the optic muscles are still limbering up.

Along with taking customary inspiration from shelves of classical literature which are all detailed in the bibliography-like closing credits, it feels like Godard has structured and organised this film by accruing detailed anatomical knowledge of the human eye. It’s a tough film to physically consume, as you’re required to constantly retrain your focus and swiftly acclimatise to the shifting topography of the inexorable image stream – a testing, but ultimately fun task.

It’s a very funny film too, with wry metaphysical observations and abstruse wordplay always enhanced by the accompanying images. A conversation about Rodin takes place between a nude couple filmed in muted tones. The woman removes her clothes and places them in a washing machine. She is interrupted by the sound of an abrupt bowel movement from off-camera. The (entirely earnest) discourse is punctuated with the sound of fecal droppage. It might be read as base scatology, and does deserve big laughs. But there’s something moving about the scene also, emphasising the total intimacy between the couple and the the tragedy of their apparent separation.

From its opening intertitled quotations, it’s patently obvious who has made this movie. And yet it somehow feels fresh, exciting and new within the Godard canon. The high-wire marshalling of images, the frankly dazzling 3D (there are two scenes where the duel images momentarily part ways and you’re allowed to observe two entirely separate actions occurring at the same time) and, of course, copious amounts of dog lol footage mean that Goodbye To Language exists as an implacable object d’art that’s entirely enigmatic and wholly accessible at the same time. It’s a singular cinematic feat that should evoke slack-jawed awe prior to any trite proclamations of love or hate. There is also a killer bathetic sign-off in the vein of “No Comment”, but we won’t spoil that…