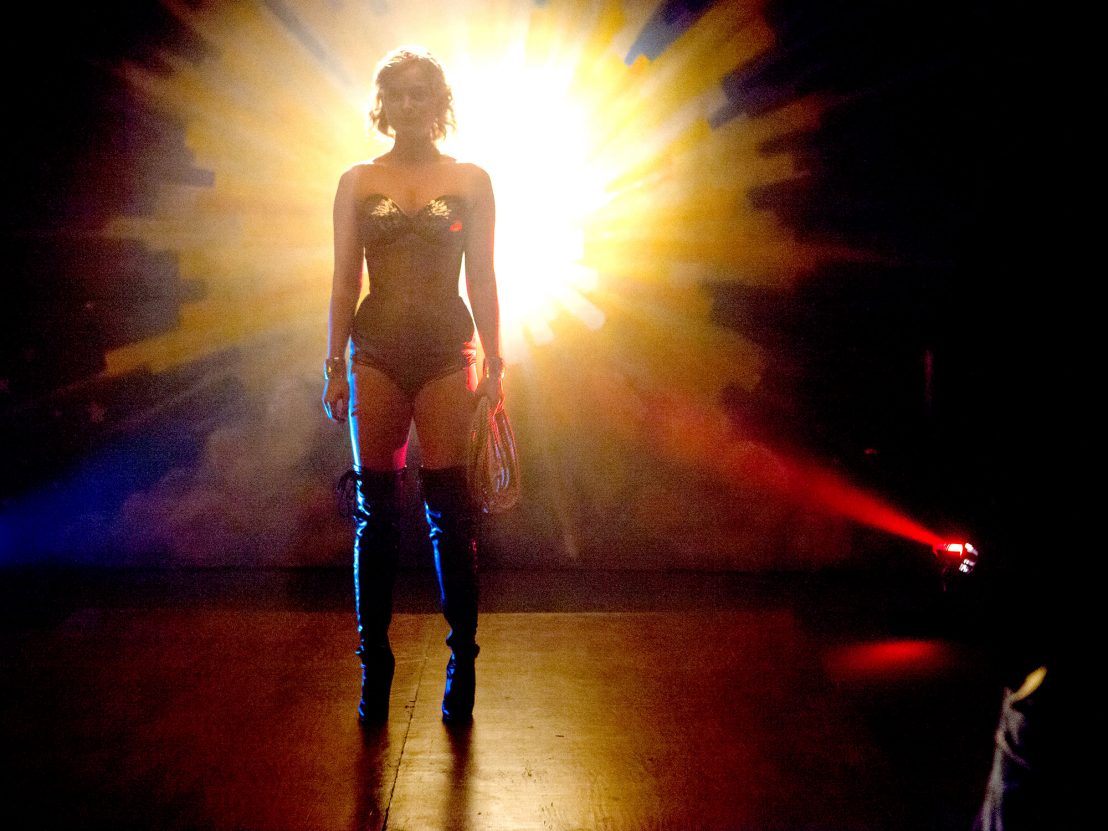 New films that deal with the relationship between men and women in interesting ways.

As the 61st BFI London Film Festival rolled out across the UK capital’s cinemas, many of us found it hard to turn away from our Twitter feeds, where the biggest Hollywood sexual abuse scandal in living memory was exploding on a scale impossible to keep up with.

On 5 October, the day after the festival opened, The New York Times published an expose of sexual harassment allegations against Harvey Weinstein stretching back three decades. There followed on 10 October an investigative piece in The New Yorker, the result of a 10 month long investigation, in which Asia Argento, Mira Sorvino, Rosanna Arquette, Lucia Evans, Sophie Dix, Emily Nestor, Ambra Battilana Gutierrez, Emma De Caunes and Jessica Barth told stories of rape and sexual assault at the hands of Weinstein. Blood-curdling audio (obtained by Gutierrez during a police sting) was included in the piece. Meanwhile 16 former and current employees at Weinstein’s companies described “a culture of complicity” in which women Weinstein desired would be tricked into finding themselves alone in his hotel room.

From here, the floodgates opened. Actresses and industry figures took to social media to tell of their own Weinstein experiences, perhaps none more vocally than Rose McGowan. Weinstein’s treatment of women – as different flavoured sweets in his own private candy store – is not a cultural anomaly. French actress Léa Seydoux’s account for The Guardian makes it clear that dodging lecherous men is part of the job, while in a Twitter statement Claire Forlani revealed she had been treated like “prey” since she was 14. Figures in the music industry have begun speaking out and, at time of publication, everyday women have begun sharing their stories of assault and harassment under the hashtag #MeToo.

The time for denying the pain caused to women by the gender imbalances in this world are over. As rotten as the industry may be, cinema still possesses the power to make us do better. With this in mind, we wanted to highlight the films we saw at this year’s LFF which deal with dynamic shifts and struggles between men and women in intriguing ways.

Imagine if the way to deal with troublesome men was to kill them. This is a proposition underlying Cory Finlay’s debut, a movie billed as Anton Yelchin’s final film but which belongs to its female stars. Preppy Lily (Anya Taylor-Joy) and pariah Amanda (Olivia Cooke) are teens from wealthy families who become friends through lack of social alternatives. Their interactions are marked by a tone so deadpan that behavioural norms eventually fall off the map and a different type of universe is conjured – one in which murder is simply a practical solution to a flesh and blood problem, and nothing you wouldn’t do a for a friend. The misdeeds of the marked man, Lily’s step-father, Ray, are everyday. But as we see his impact on Lily and feel her fury, what he does comes to mean less than the shadow he casts across our antiheroines.

Nick (Adam Horowitz) is a fortysomething archivist who hires Naomi (Emily Browning), a beautiful 25-year-old to be his assistant for a New York summer. This is not the first time he’s enlisted the services of someone like Naomi, as is made clear by the horrified reaction from his wife Alyssa (a heavyweight performance from Chloë Sevigny as someone whose doubts and unhappiness have drained all pleasure from her life). Director Alex Ross Perry doesn’t have one sweeping point to make about gender relations, he has many tiny ones focusing on the connective tissues between us. People exploit the powers they have in different ways, some do so clumsily and hurtfully; some do it cannily and manage to do less harm; and some don’t have any power and suffer deeply as a result.

Professor Marston and the Wonder Women

It is a coincidence that Angela Robinson’s labour of love is hitting festivals in the wake of Gal Gadot smash hit Wonder Woman. Unfolding between the 1920s-40s, this historical biopic about the polyamorous relationship between Harvard professor William Marston (Luke Evans), his wife Elizabeth (Rebecca Hall) and their student-turned-lifelong-lover Olive (Bella Heathcote) involved eight years of research as well as consultations with the S&M community.

The resulting film transcends its function as an explainer of WW (although it does this too) to be a compelling story of queer love, life and creativity, showing the graft and ingenuity required to survive as a subversive within a conservative society. Robinson’s script is a joy, especially when her lines are spoken by Rebecca Hall, whose character is described with due respect as a “bitch”. Her bristling, dominating, no-bullshit performance is an inspiration to anyone bored by more conventional feminine depictions, yet – as with all layered characters – this persona masks deep fears and weaknesses.

There is a telling scene in which Bobbi Jene – the dancer subject of this doc – has a sit down discussion with the actress Laura Dern and explains that she defeated her eating disorder by throwing so much energy into her work that indulging afterwards was necessary for balance. “Now you tell me,” laughs Dern, “after all this therapy”. It’s both sad and wonderful to comprehend the sensual work of Bobbi Jene, who performs nude and even climaxes on stage, as a measure needed for the performer to be okay with her female appetites.

This doc by Swedish filmmaker Elvia Lind checks in with the American born dancer at a time when everything is about to change. She is on the cusp of 30 and planning to move home – leaving Israel where her boyfriend, mentor and entire history as a dancer exist. At this time of great upheaval when lesser folks would just be trying to get by, Bobbi turns herself inside out, letting the art of vulnerability be the language that she uses to communicate with the world. In a climate in which male aggression still dominates, observing a different mode of being is a source of hope which made this writer think of Juliette Binoche on the subject.

“I don’t want to be reborn as a woman, not all over again,” moans one character after a painful operation to restore her hymen in the wake of a rape. This line is the most overt complaint about the gendered sexual violence that takes place in Angels Wear White, the second feature from Vivian Qu. Set in a small Chinese seaside town, overlooked by a giant statue of Marilyn Monroe, this contemporary noir wears its fury with cold grace. A powerful man buys the virginity of two underage girls. They are taken in a hotel where Mia (Wen Qi) works. She records evidence but she does not have a social ID card and is more concerned with personal survival than martyring herself for a cause.

Meticulous block by meticulous block, Qu builds a picture of a society in which there’s always something more important than securing justice for abused women and children. In one scene, the parents of a raped girl produce an iPhone bought for them by the daughter’s rapist with a sort of, ‘Hey, at least we got this swag’ shrug. This is a bleak film but also a potent one with a perspective that could not be relevant in the midst of the news story that has engulfed our industry. And it’s not entirely bereft of hope. While most characters have no will or capacity to challenge the way of their world, some have a boldness that lights the way forward.