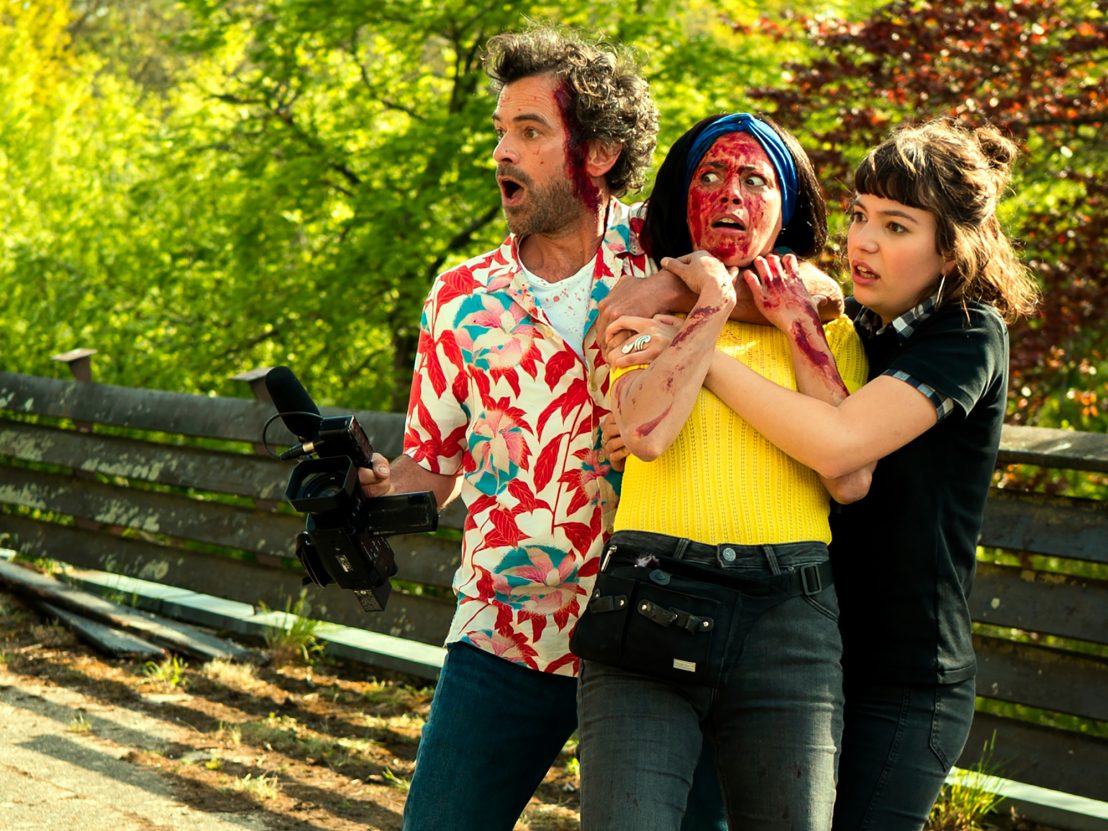 Michel Hazanavicius comes up short in his underpowered remake of Shinichirou Ueda’s zom-com, One Cut of the Dead

French filmmaker Michel Hazanavicius is, it turns out, also a specialised surgeon, as what he has done to the 2017 Japanese sensation One Cut of the Dead in remaking it is both to extract and dispose of its soul. On paper, you could possibly see a reason for exhuming Shinichirou Ueda’s ingenious zombie-movie-by-stealth, and it’s clear that Hazanavicius – maker of The Artist and Redoubtable – was clearly enamoured with its message of cinema production being its own kind of small miracle.

Now, with a hefty budget and a clutch of major French players, we get Final Cut, a fun but entirely unnecessary meta-frolic that completely misses the fact that the entire point of the original was that it was made with change found down the back of a sofa. You’re supposed to be watching this thinking it’s a clapped-out Robin Reliant, but Hazanavicius always makes the Rolls Royce chassis visible in the margins.

To recap the plot: we are initially the audience for a live, single-take, 30-minute zombie epic in which the makers of a low-budget zombie film are suddenly overrun by – you guessed it! – zombies. Romain Duris is extremely game as the half-assed film director who prides himself on work that is quick, cheap and decent, and is approached via worryingly eccentric (and stereotypical) Japanese producers to remake the 2017 film with it having caused such a stir locally. Then, we witness the madcap production of the film, which is intended to unlock the real drama of filmmaking, which is the plate-spinning that occurs behind the camera.

Hazanavicius has played this remake with a fairly straight bat, and retains the flashback structure of the original and the basic plot of the zombie movie they’re all making. One major stumbling block is that it’s all too crisp and glossy to feel like an actual zero-budget zombie movie, so there’s a discrepancy between the obvious talent and discernment of the filmmaking team, and the comically slipshod and trashy images that we’re seeing them make. You certainly get the sense that the director isn’t massively au fait with the types of films that are being parodied here.

Where this also falters is that Hazanavicius has pointedly made a comedy, whereas the original was funny by design. This means there are lots of goofy reaction shots and comic sidekicks, and even quite a bit of unwelcome toilet humour, to pad things out and make sure this thing lands with as broad and audience as possible. While this scores some easy wins, such as one character’s troubles with booze coming back with a vengeance as cameras are minutes away from rolling, the magical essence fritters away and it’s way too easy to dismiss the film’s true raison d’être.

It’s not a write-off by any means, and if we’re being charitable, it’s actually one of the director’s most fun and archly disposable films to date, but it certainly lacks a wow factor, and the whole endeavour of a live zombie movie just doesn’t make sense in the west, especially in a country like France which is known as maybe the most lavish and generous when it comes to funding for the Seventh Art.