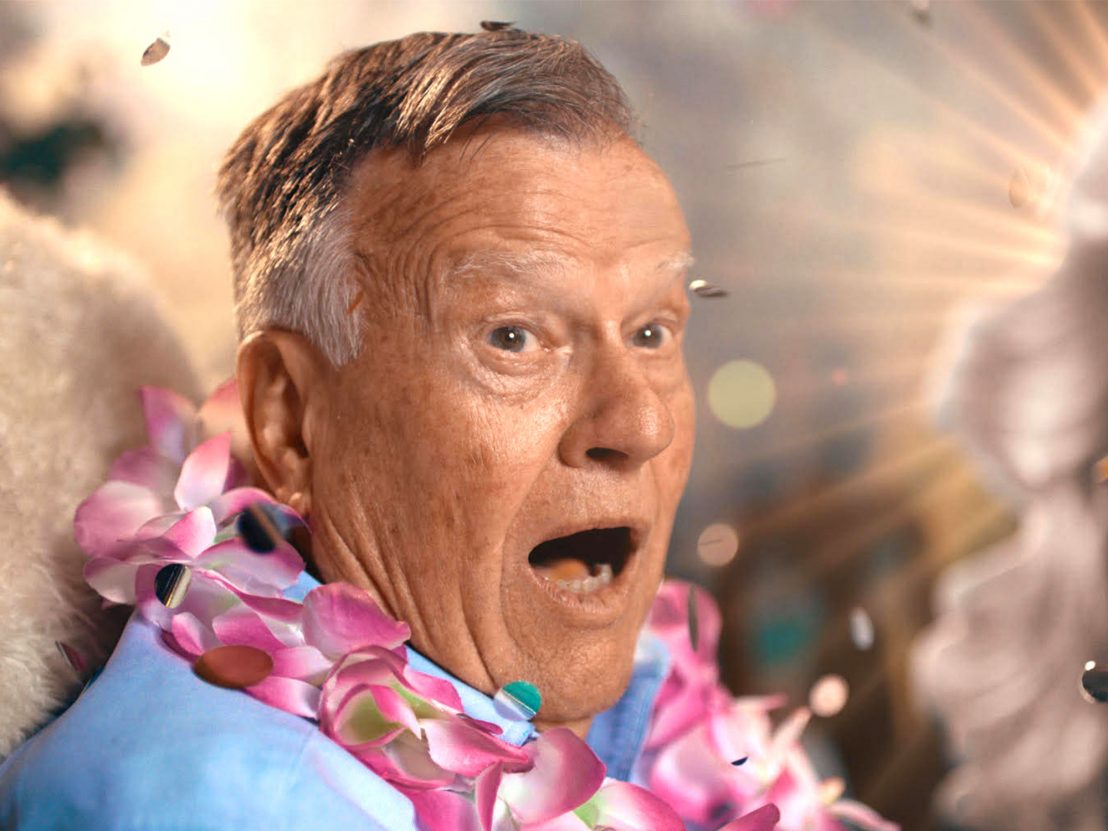 It’s hard to contemplate the inevitable death of one’s parents, especially before it has happened. In Dick Johnson is Dead, director Kirsten Johnson chronicles herself filming a series of comedic scenarios in which her father perishes in horrible accidents and travels to the glorious afterlife, all designed to help her cope with his eventual demise.

In her first feature documentary since 2016’s Cameraperson, Johnson paints a moving portrait of her father as he nears the end of his life. Dick is a funny and infectious man; a psychiatrist born without any toes (something he is still, at 86, quite insecure about) and a devout Adventist, he nevertheless took Kirsten and her brother to see Young Frankenstein in the theatre as kids, even though their religion instructs against watching such films.

Johnson and her dad have a close, warm relationship, and though his memory continues to deteriorate over the course of making the film, her persistence towards maintaining light in the darkness only strengthens. She is intent on using comedy as a means of coping, interweaving absurd scenarios – including her father falling down a flight of stairs, being struck in the neck and bleeding out, and even staging his own funeral – with her real-life grieving process.

Love, laughter and death are not mutually exclusive: after all, to mourn someone is to have loved them and to have known them, which is a beautiful thing – something the film illustrates quite elegantly. Instead of pushing her father’s death to the back of her mind, Johnson embraces it fully and even has fun with it. She takes her heartache and turns it into joy.

Perhaps death scares us so much because we are so resolved in our pursuit to ignore it; we waste so much time fearing it instead of celebrating life. In a scene near the beginning of the film, Dick lays down in his own coffin and takes a nap. It’s a morbid moment, but Kirsten laughs, and Dick does too. It doesn’t make the pain go away entirely, but maybe it’ll make things a little easier. Isn’t that what we all really need?