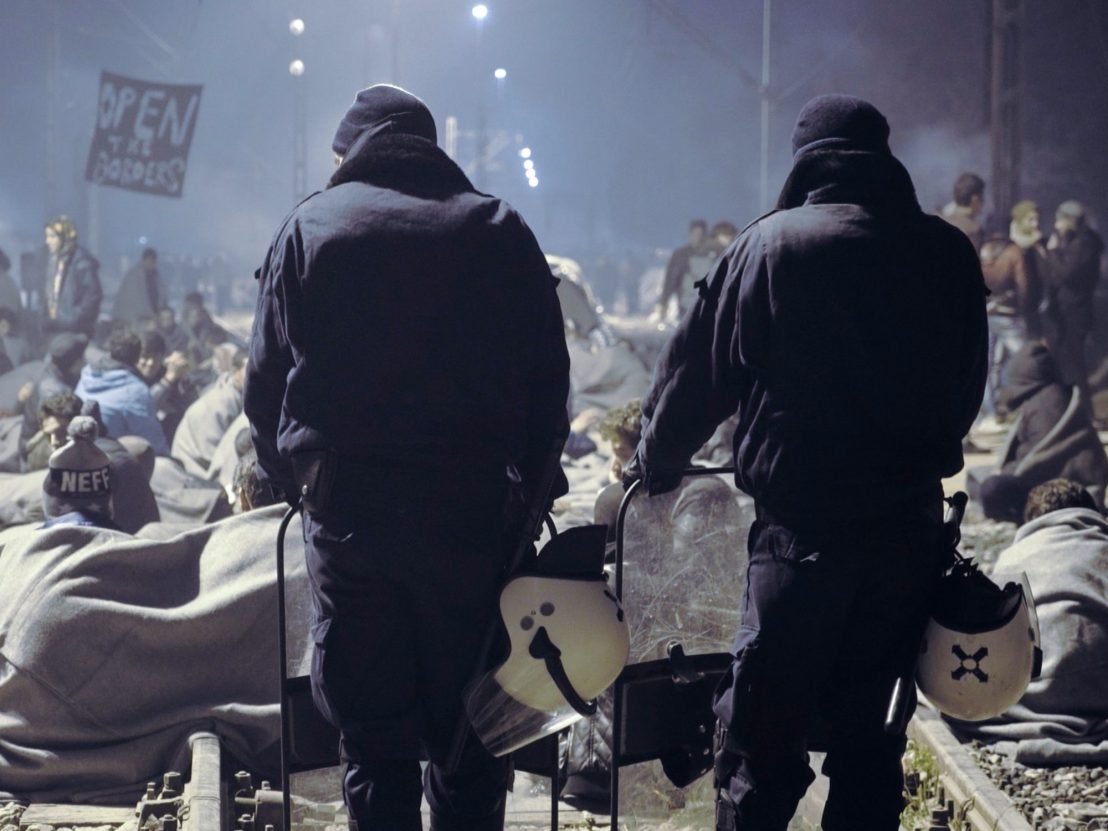 Six of the best new documentaries from CPH:DOX 2019

Ai Weiwei’s latest chronicle of the refugee crisis was among the highlight’s of Copenhagen’s premier documentary festival.

Early Spring in Copenhagen means docs. The International Documentary Film Festival is a major presence in the Danish capital, with programming that is always topical and cutting edge, its film screenings combined with debate, music and art events that take place all over the city. While its original mission to explore the boundaries of the documentary form is as vital as ever, this year CPH:DOX was positively bursting with issues-based films charting the world’s current chaos.

Ai Weiwei’s follow-up to Human Flow is a shorter, sharper and even more moving account of today’s refugee crisis. Unlike the earlier, globally scaled epic, this focuses on the gridlock that took place as Europe closed its borders against thousands of refugees from Africa and the Middle East. And instead of an often exhausting array of talking heads and statistics, the cameras are now squarely pointed at the refugees and their often eloquently expressed, always heart-breaking stories. A potent reminder that this humanitarian crisis isn’t going away any time soon.

On the Inside of a Military Dictatorship

It’s one of the great mysteries of recent history. Why did Aung San Suu Kyi, the Myanmar politician who won the Nobel Peace Prize for her non-violent struggle for democracy and human rights, then, as her country’s leader, do nothing as the military committed ethnic cleansing of the Muslim minority? Danish director Karen Stokkendahl Poulsen tackles that question by charting Myanmar’s complex transition from dictatorship to democracy, in particular Aung San Suu Kyi’s pact with the devil – the military – to ensure she fulfil her ‘destiny’. With impressive access to these shady corridors of power, Poulsen reveals a fascinating, gripping, Shakespearean tragedy.

Fredrik Gertten’s rousing investigation into the global housing crisis plays like a real-world conspiracy thriller, with an inspiring hero at its heart. She is the UN’s Leilani Farha, who finds whole communities from Toronto to London, Valparaiso to Tokyo forced out of their homes – and potentially the cities altogether – by criminally rising rents. The chief villain of the piece (among many) is a private equity firm hoovering up properties the world over as ‘assets’, with no mind to the people living in them. At stake is what Farha sees as a fundamental human right to housing. Push won CPH:Dox’s audience award.

With his debut feature, the exciting Swedish director John Skoog imbues a snapshot of a farming community with an intoxicating air of mystery, wonder and menace. Skoog directs a mixture of actors, family members and locals with such intensity and shoots with such imagination that the everyday – escaping cows, farm machinery, alienated migrant labourers and intoxicated local teens – is transformed into the stuff of taut drama or, at times, even science fiction. There are intimations of Antonioni, Tarkovsky and Béla Tarr within a quite original filmmaking sensibility. Perfect CPH hybrid fare, Ridge deservedly won the festival’s main DOX: Award.

Twentysomething self-styled musician, writer, sex worker, anarchist, feminist, recovering addict and social media junkie Eva Collé is of that generation for whom the hedonistic rebel refrain could be slightly modified to ‘sex and drugs and selfies’. This diary-doc of the Italian-born Berliner might have been traumatic or tiresome, but is in fact a lively, provocative and surprisingly engaging account of a smart, warts-and-all young woman for whom identity is a work in progress. Directed by Pia Hellenthal and her female-only crew with appropriate flair and attitude.

A group of Scandinavian thesps joins the ‘fact or fiction’ fun with a film that’s both super-smart experiment and uproariously silly naval-gazing comedy. Swedes Anna Odell (who also directs) and Mikael Persbrandt are supposedly prepping a film about themselves, in which they will challenge their public personas and explore their true identities. Six other actors – including Danes Sophie Gråbøl and Trine Dyrholm – are hired to improvise different versions of the leads, while all are locked inside a giant film studio. To spice things up further, Odell seems dead set on sleeping with every one of her cast. A head-scratching hoot.

For more info on this year’s CPH:DOX visit cphdox.dk/