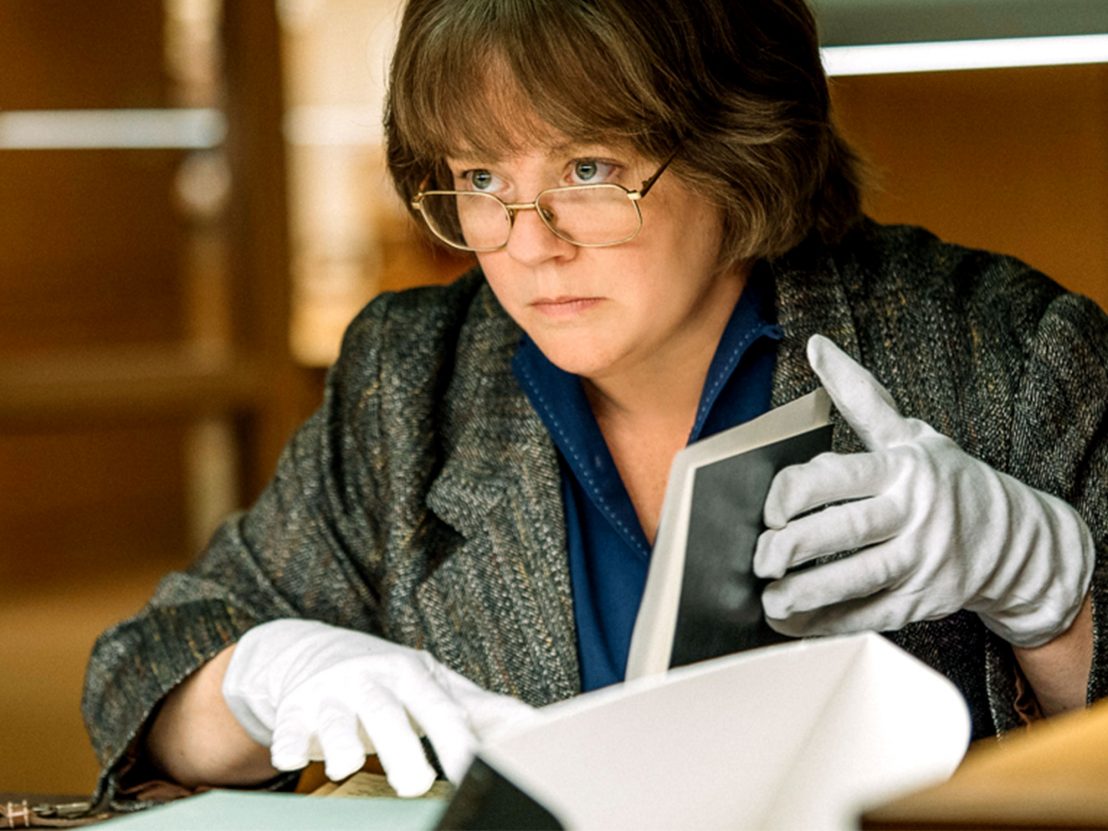 Can You Ever Forgive Me? – first look review

Melissa McCarthy proves her dramatic chops as a literary forger in Marielle Heller’s follow-up to The Diary of a Teenage Girl.

Audiences are largely familiar with Melissa McCarthy for her frequent collaborations with Paul Feig. Although she’s a formidable comedic talent, it’s exciting to see an actor challenging themselves to do something a little different. As author/fraud Lee Israel in Marielle Heller’s Can You Ever Forgive Me?, McCarthy does just that.

A story about desperation, humiliation and the strange world of celebrity correspondence fraud, Heller’s film feels like a departure from her debut The Diary of a Teenage Girl, but is further evidence that she is the real deal. With a not-quite sepia tone to her vision of early ’90s New York, Heller creates a lonely world for her characters to inhabit. Israel herself is not a particularly sympathetic character – curmudgeonly and rude even to those closest to her, her talent as a writer is offset by her pride and stubborn nature.

After her latest book yields poor sales, she hatches a plot to forge letters from literary luminaries such as Noel Coward and Dorothy Parker in order to pay her debts. Joined in her scheme by her loyal but shambolic friend Jack Hock (Richard E Grant in Withnail & I mode) she flogs fakes across the town, proud as a peacock when buyers unwittingly remark on the quality of her work. “I was a better Dorothy Parker than Dorothy Parker!” she crows.

Her talent for impersonation drives her to become more prolific, until her inevitable downfall – but it’s how Israel gets there that makes the film an entertaining watch. McCarthy is entirely believable as she balances Lee’s loneliness with her unwillingness to change, sprinkling in a healthy dose of authority hubris and awkward charm. We see Lee at her best when she’s drinking with Jack, or talking tenderly with her elderly cat – although there’s no justifying her act of deception, her path to it is entirely believable, and McCarthy’s comedic flare shines through in the film’s easy wit (this is more obvious in the film’s excellent and very funny postscript).

For literature lovers, or those who understand the compulsion to write and write again, Can You Ever Forgive Me? will likely strike a chord. Although it doesn’t quite have the urgency of Heller’s confident debut, this is a solid second feature with plenty of charm, and McCarthy’s performance alone proves she’s not a one-trick pony as an actor.