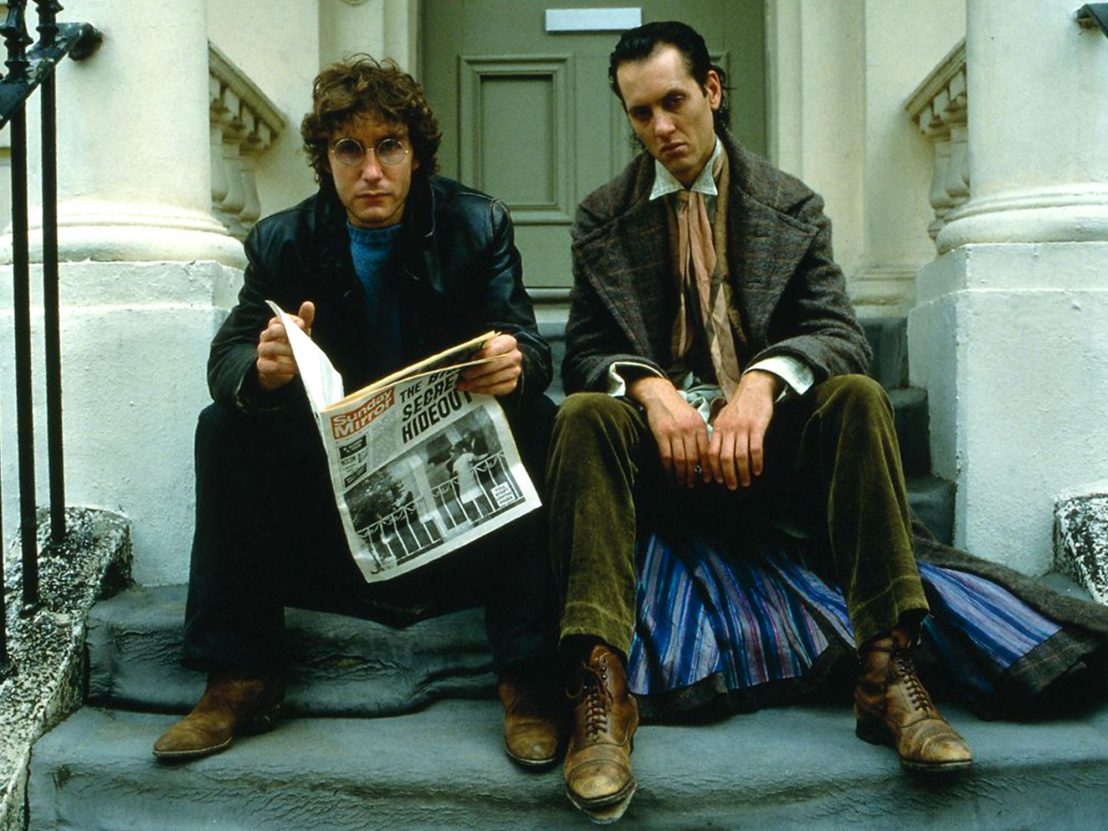 Thirty years on from the release of British cult classic Withnail & I, the plights of its pair of twentysomething out of work actors continues to strike a chord with young creatives scraping a living while hoping to catch a break.

Set in 1960s London, Bruce Robinson’s film painfully – and hilariously – captures the sense of inertia in the wilderness between completing education and establishing yourself firmly in a career. Both Withnail (Richard E Grant, in an iconic, career-defining performance) and the narrator Marwood (Paul McGann) are aspiring actors desperate to land a part, but seemingly getting nowhere, wiling away their days drinking copious amounts of alcohol and ringing up their unhelpful agents.

Staring over the precipice of the end of their twenties, time is running out for them to make it. As Withnail puts it, in one of his characteristically self-pitying, acerbic one liners, inimitably spat out by Grant: “This is ridiculous. Look at me: I’m 30 in a month and I’ve got a sole flapping on my shoe.”

Before going on holiday ‘by mistake’ to the countryside, where the majority of the film takes place, we get a glimpse of their life in London. Although populated by countercultural hippies rather than the modern incarnation of the hipster, the UK capital was as it is now recognisable as a place where young people flock to pursue their dreams, starting at the bottom in a dingy flat.

The one Withnail and Marwood occupy is particularly squalid, and is a triumph of set design; the film’s beige tones give a dreary feel and evoke the ‘intense cold’ Withnail complains about, objects are scattered across the room and give a sense of clutter, and the washing up pile is a thing of rancid horror. Theirs is a messy, disorganised lifestyle with no sense of stability or direction.

What’s interesting is that they’ve arrived at this point from privileged backgrounds – especially Withnail. Whereas Marwood appears middle-class, Withnail’s connections are positively aristocratic, and he is lent a cottage to stay for their trip to the country from his old-money, Harrow- and Oxford-educated, Latin-quoting yet grotesque Uncle Monty (Richard Griffiths). We’re told his dad too is “loaded”, but Withnail is reluctant to ask him for money for reasons he is evasive about, but perhaps related to his disapproval of his son’s chosen career. Yet Withnail is, in his own words, ‘‘a trained actor reduced to the status of a bum,” someone used to the fine dining and expensive wines but now resorting to downing lighter fluid.

Withnail’s privilege doesn’t seem to count for anything. Part of the reason he is a sympathetic, or at the very least, pitiable character rather than an insufferable brat is that he doesn’t get his own way. Though the language he uses exudes entitlement (“I demand to have some booze!”, “How dare you”, “We want the finest wines available to humanity. And we want them here, and we want them now”), the status he evokes is impotent, so that his words sound absurd, hilariously incongruous with his shoddy appearance, and lacking in any sincere conviction that he expects anyone to obey his commands.

He does still take his pursuit of an acting career seriously, however, as is clear from the uncharacteristically unaffected manner in which he asserts his ambitions to Uncle Monty. Reflecting upon his own failed career as an actor, Monty posits that, “It is the most shattering experience of a young man’s life when one morning he awakes and quite reasonably says to himself: ‘I will never play the Dane’. When that moment comes, ambition ceases.” To which Withnail replies defiantly, “It’s a part I intend to play”. But by the end of the film it is only the comparatively less-privileged Marwood who finally gets a big break, leaving a resigned Withnail to pointedly quote a passage from ‘Hamlet’ in the final scene – words that, it seems, he will never speak on stage after all.

Perhaps because it was set in the liberal-minded ’60s, or that it was made under a Thatcher government that championed the idea (or myth) of a free market-driven meritocracy, but Withnail & I presents a scenario where being born with a silver spoon is not enough to make it. In our current climate, however, where much is made of how acting jobs are more and more becoming the preserve of an elite few, it’s interesting to ponder – in today’s society, would it be Marwood who fails and Withnail, for all his vices, who succeeds?