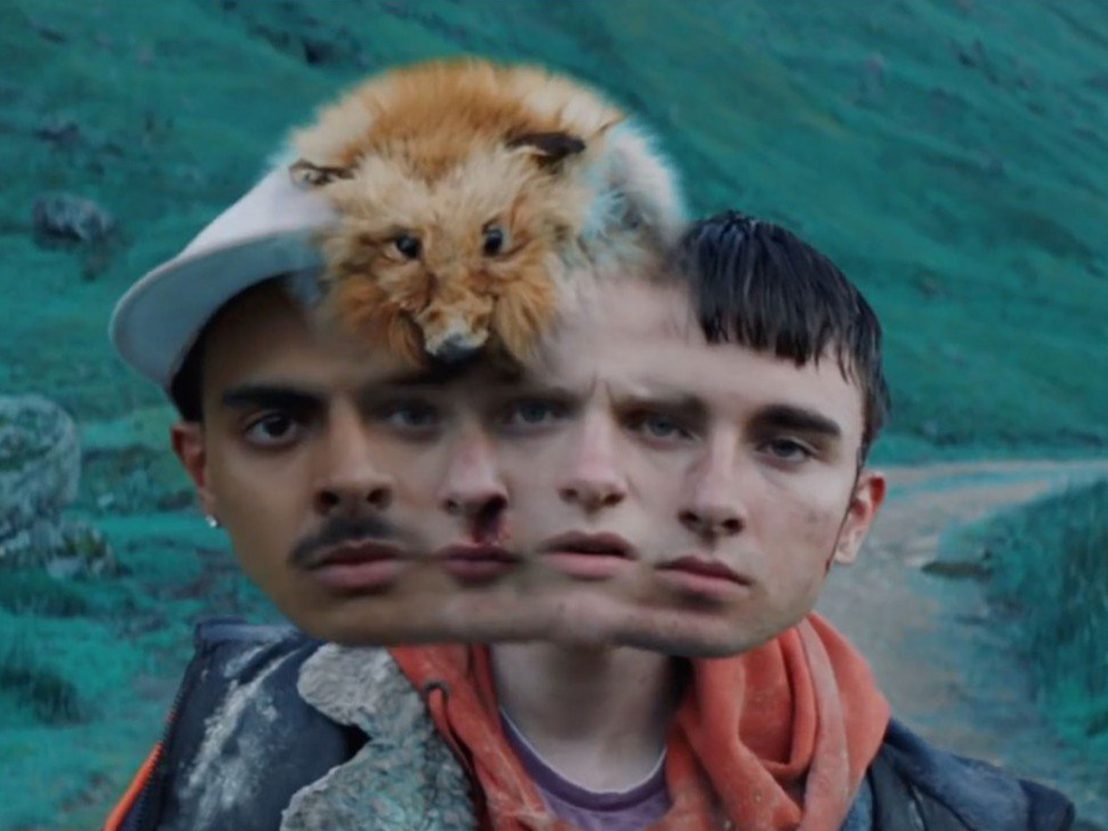 Scottish youth in revolt is the subject of music video director Ninian Doff’s first narrative feature. Set predominately in the Scottish Highlands, Boyz in the Wood blends various genres, creating an action-adventure-comedy-horror Frankenstein’s monster which, for the most part, moves surprisingly smoothly.

After setting a school toilet on fire, three city teens are sent on a Duke of Edinburgh expedition in an attempt by their teacher (Jonathan Aris) to straighten them out. The three compadres – weed enthusiast Dean (Rian Gordon), Cup-a-soup enthusiast Duncan (Lewis Gribben) and hip-hop enthusiast DJ Beetroot (Viraj Juneja) – are joined by the wholesome, homeschooled Ian (Samuel Bottomley), who thinks a laminated DoE certificate will make a nice addition to his university application.

As the oddball group head off into the wilderness with no phone signal, they face their own internal problems: DJ Beetroot attempts to hide his middle-class background behind a shaky rapper façade, while Dean feels the repercussions of dodgy drugs and Ian just wants to keep everyone facing the right direction. Soon, bigger trouble arrives on the horizon in the form of the ominous, masked “Duke” (Eddie Izzard) who, armed with a hunting rifle, is patrolling the country culling vermin…

The film’s comedy comes from visual gags and sharp editing, reminiscent of Edgar Wright’s Hot Fuzz and Taika Waititi’s Hunt for the Wilderpeople. Like its inspirations, Boyz in the Wood excels in its physical comedy performances, particularly from the young actors. While a failed attempt by Ian to escape through a trapdoor and a van reversing down a hill are hardly pushing the boundaries of comedy, they are genuine laugh-out-loud moments. A subplot involving Kate Dickie and Kevin Guthrie, playing country police officers excited by the prospect of a case bigger than catching the local bread thief, is fun if a little hackneyed.

While the film begins in rollicking fashion, however, it struggles to keep all its plates spinning as characters split off and different plot threads threaten to overwhelm the central adventure narrative. During several hallucinatory scenes the wacky editing style resembles a Snapchat filter and, not unlike the app, becomes a little tedious the more it’s used.

It’s great to see a film set in the Highlands consciously subverting the trope of outsiders attacked by angry local hillbillies – in this case it’s posh, rich people who come for our heroes – yet Doff makes no real attempt at social commentary. Yet despite burning itself out too early, Boyz in the Wood never loses its sense of boyish, big-hearted adventure.