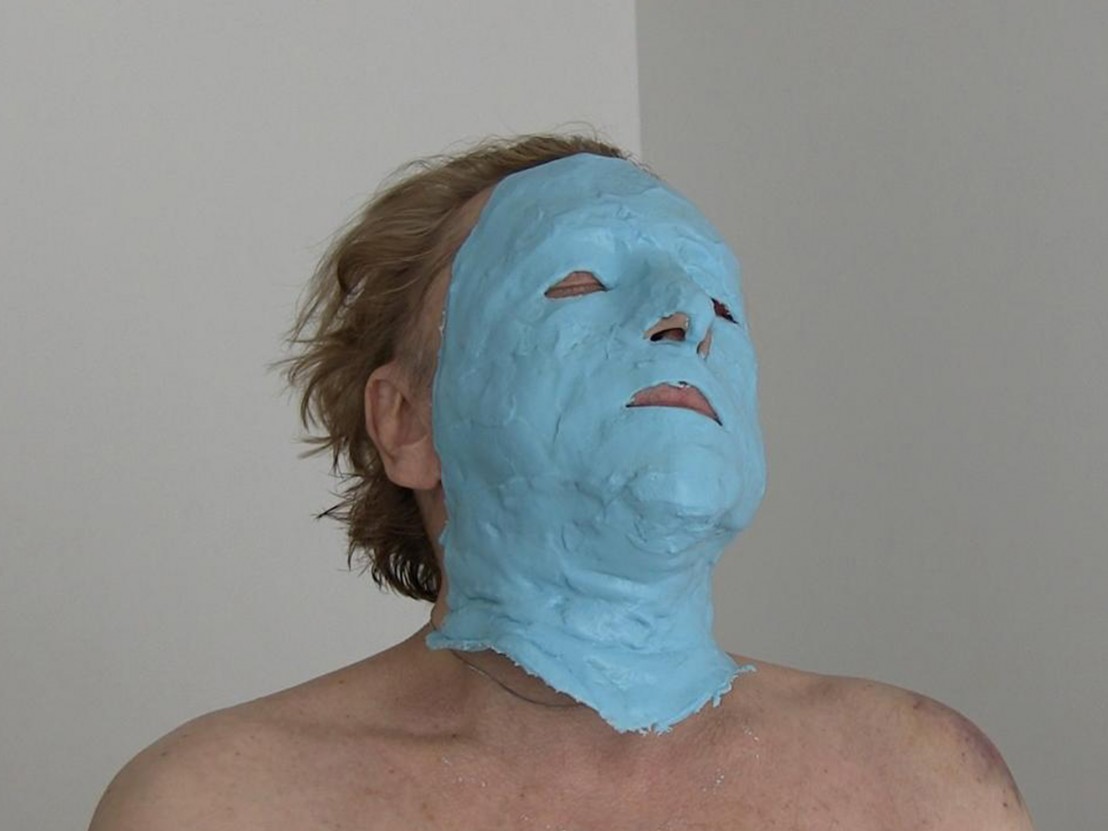 The 10 best films from the 2016 Rotterdam Film Festival

We had a fantastic time at the 2016 Rotterdam Film Festival. Lots of quality films, an atmosphere that was convivial and intimate without feeling too sparse on the attendee front. To be brutally honest, the best film we saw was a re-watch of Steve Oram’s sensational Aaaaaaaah! which received its Dutch premiere, but placing that simian-themed gem to the side, here are ten other crackers we were able to catch… 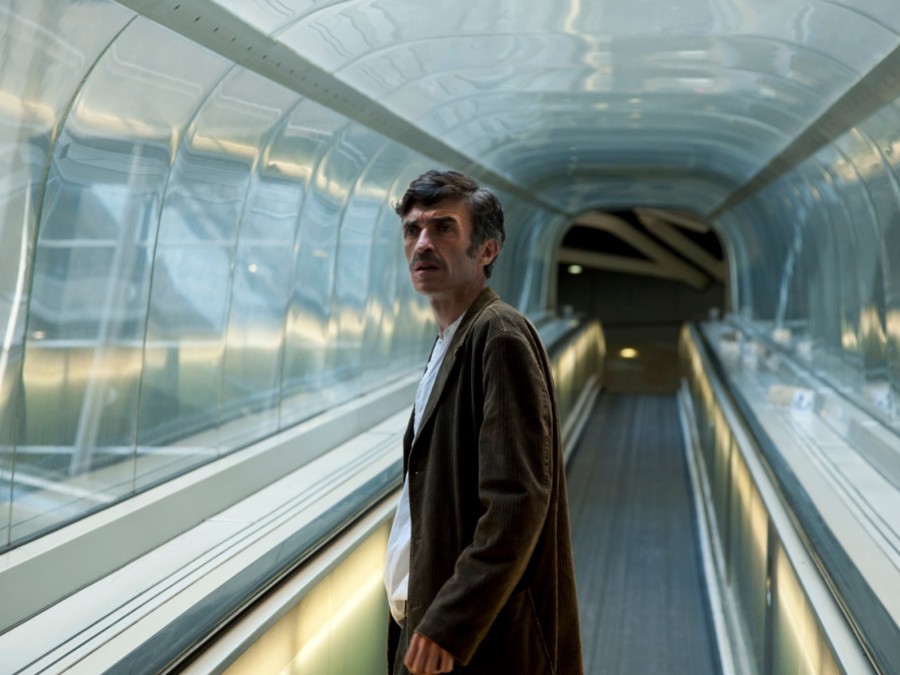 Fiona Tan’s globe-hopping debut feature played among Rotterdam’s main competition of Tiger contenders – a showcase of first and second movies shrunk down this year to eight titles (from around fifteen in previous years). The Irish actor Mark O’Halloran plays a mysterious, lightly-eccentric nomad who loses his memory due to a (deserved?) road-side beating and then appears to go through a number of complete personality shifts in his attempt to relocate a sense of self and place. Though it works well on a scene-by-scene basis (hat-tips to the likes of Peter Greenaway or Alain Resnais abound, like they have teamed up to make an existential comedy sketch show), there’s a somewhat arbitrary feel to the shape of the film as a whole, which means it never really justifies its length or leaves you with any meaningful quandary or urgent sense of purpose. The pleasures of Tan’s style are evident, even if they are not yet fully joined-up. 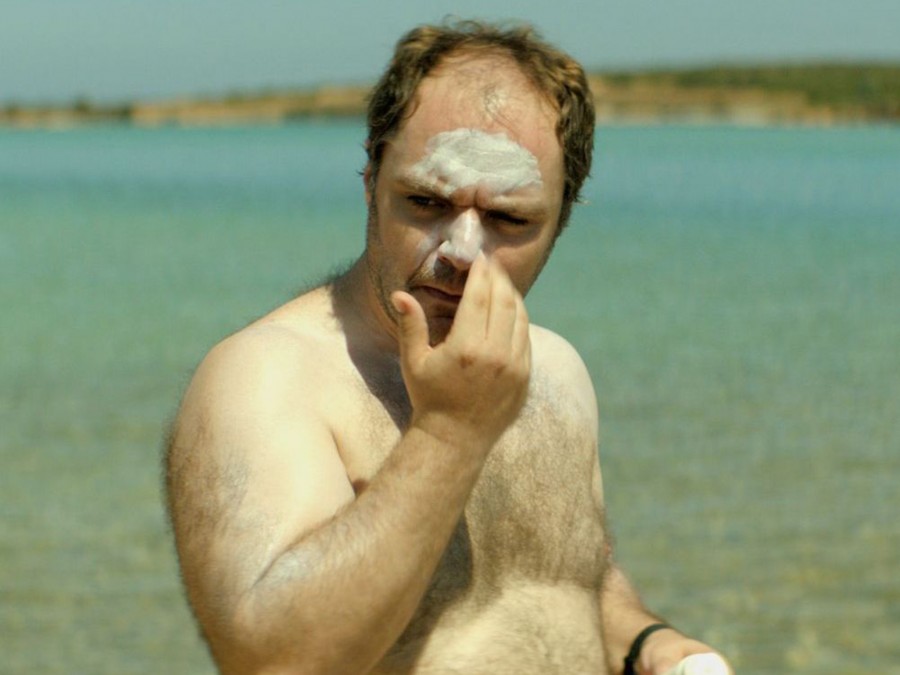 Weirdness and transgression has become a hellish hallmark of what has been dubbed the New Greek Cinema, but this new work by Argyris Papadimitropoulos piles on the latter, while casually suppressing the former. Dumpy, serious-minded Kostis (Efthymis Papadimitriou) is hired as a doctor on a holiday island, but soon begins to shed his responsibilities, clothes and, eventually, a basic sense of right and wrong when hedoistic popsy, Anna (Elli Triggou), drops into his surgery following a motorcycle prang. Fondness turns to obsession as the humiliations are layered up like so much sun block, but it’s only Papadimitriou’s superb central performance which saves this from mediocrity. While Papadimitropoulos is great at building up individual situations and milking them for cruel comedy, so many of the supporting cast here are crude, single-serving cyphers who are placed on screen simply to push the plot forward. 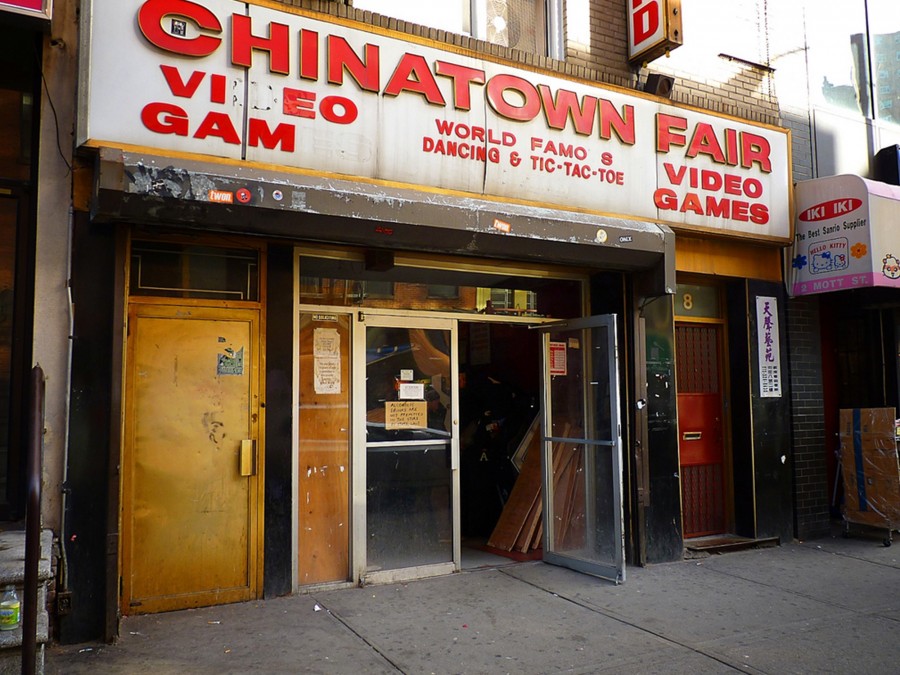 Kurt Vincent and Irene Chin’s very sweet documentary employs the history of a clapped-out games arcade in lower Manhattan as a way to talk about the cultural homogenisation of big cities and capitalism’s incompatibility with diversity. Chinatown Fair is a dinky space which became one of the city’s last remaining classic games arcades when home consoles destroyed public gaming business models. A brave few preferred this communal sport, and took on the financial risks of keeping this sub-culture alive as best the could. Though it’s a film which tells a simple chronological story and draws on the lives of its latch-key patrons, you could pretty much swap in any form of analogue media and it would tell the same tragic tale. But, like vinyl, maybe old school arcade game cabinets could make a comeback? 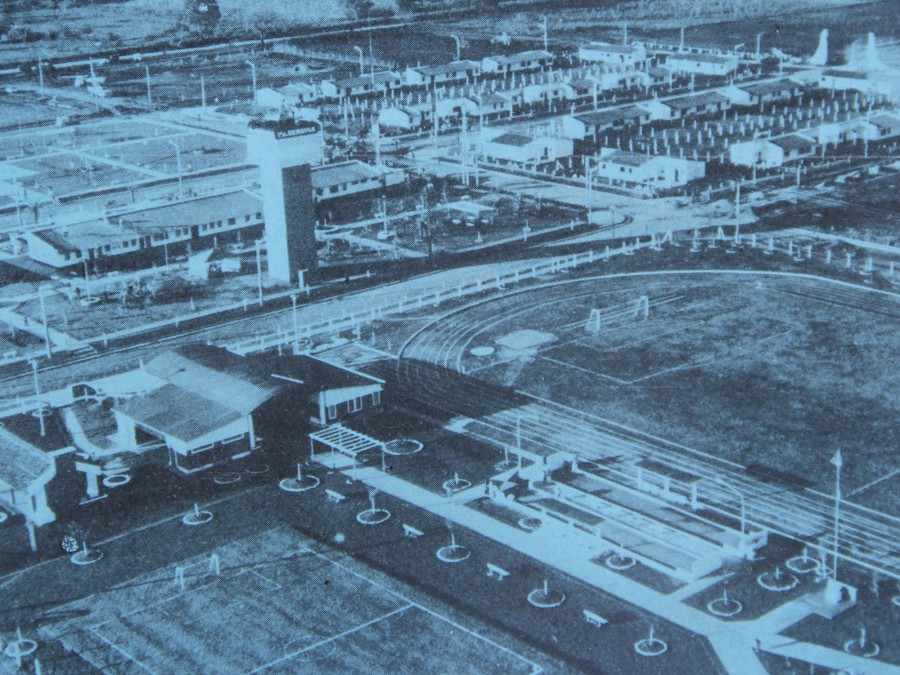 Cinema is a malleable medium in terms what it can do and say, so Argentine director Jonathan Perel has chosen to employ it as a cold, cartographic tool. His film Toponymy (a title which refers to the study of place names and their origins) takes as its subject four towns built during the mid-’70s at a time during which the national government of Argentina was in fantastic disarray. Going admirably light on context and editorial hectoring, Perel simply photographs these towns – all of which are near-identical in their make-up and organisation – and draws on the ghostly echoes of time past as viewers are invited to wreath their own imagined history around the depopulated scenes. 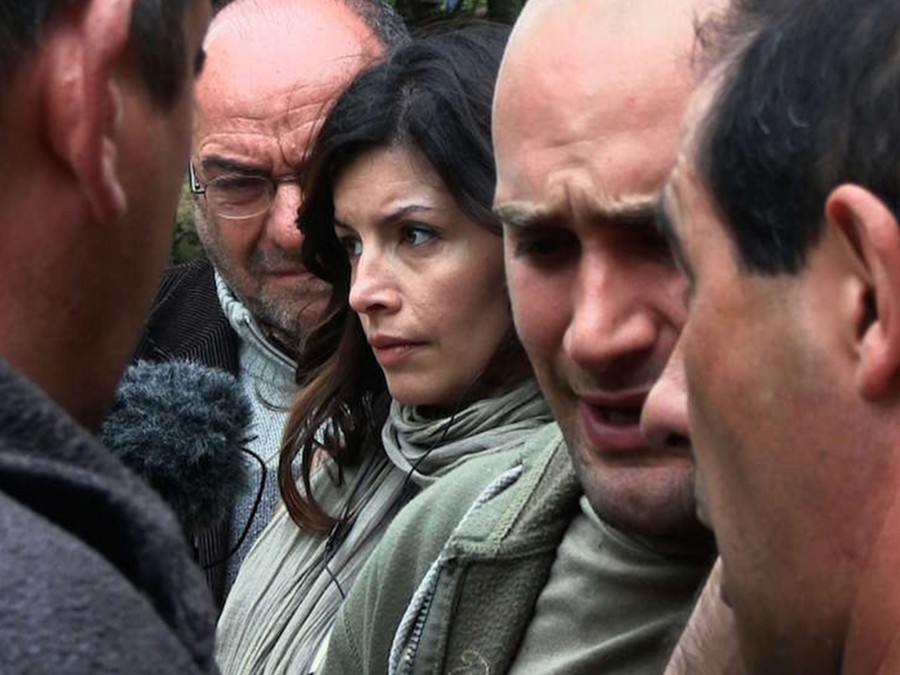 6. The Academy of Muses

Full and absolute concentration is required when sitting down to the new film by José Luis Guerín, a director best known for his 2007 feature, In the City of Sylvia. The Academy of Muses is a paean to ideas and physical, spoken discourse, as Raffaele Pinto – a poetics instructor at the University of Barcelona – expounds on the romantic ideals of classical literature with the duel purpose of getting to “park” with one of his young female students. Though the film initially seems like an observational documentary in the Wiseman mould, it’s more akin to something like Eric Rohmer, as the semantically wily Pinto underestimates the intellectual barricades being manned by his lissom charges, and not to mention an increasingly irate wife. It’s a film about the value of literary lessons and the fact that time, fashion and enlightenment serve to alter the teachings of beloved tomes. 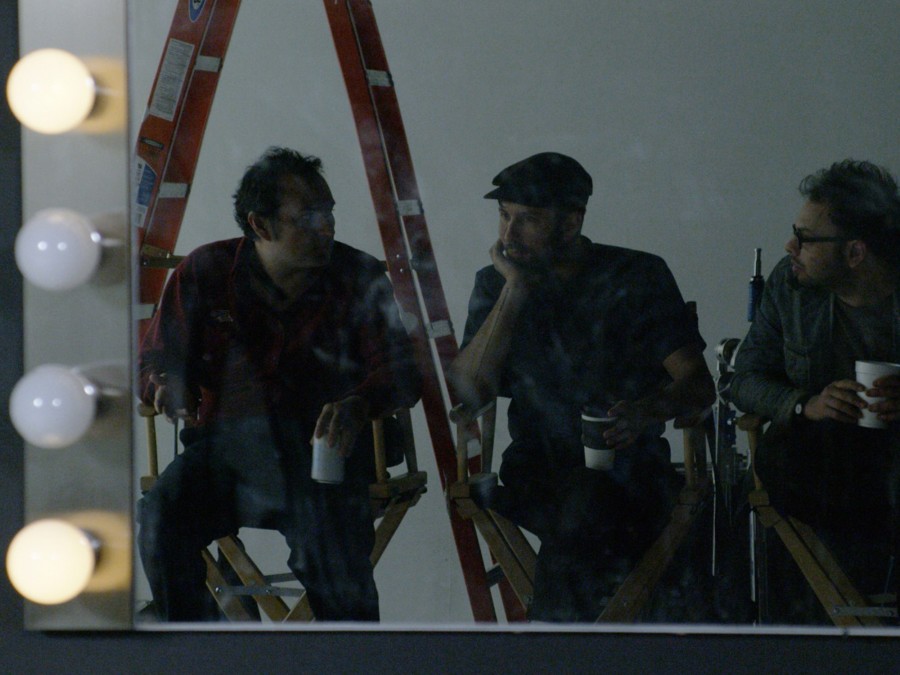 Directors Mike Ott and Nathan Silver make filmmaking appear as an exercise in reaction rather than action, their film Actor Martinez as much coming across like an episode of Jackass (in a good way) as it does an extremely slippery docu-fiction about that liminal space between performance and reality. Denver-based jobbing actor Arthur Martinez is their sweaty star, a computer repairman and championship pothead who wants to be in movies. Despite giving him that chance by building up a story inspired by his own life, Ott and Silver are desperate to discover just why he harbours this desire, and even whether he truly comprehends what being an actor actually entails. And if Arthur wasn’t an amazing find, make some time for his new pal Kenneth, a self-described stand-up who is either a bumbling doofus or some kind of anti-comic genius who is himself getting one over on Ott and Silver as they try to get one over on him. 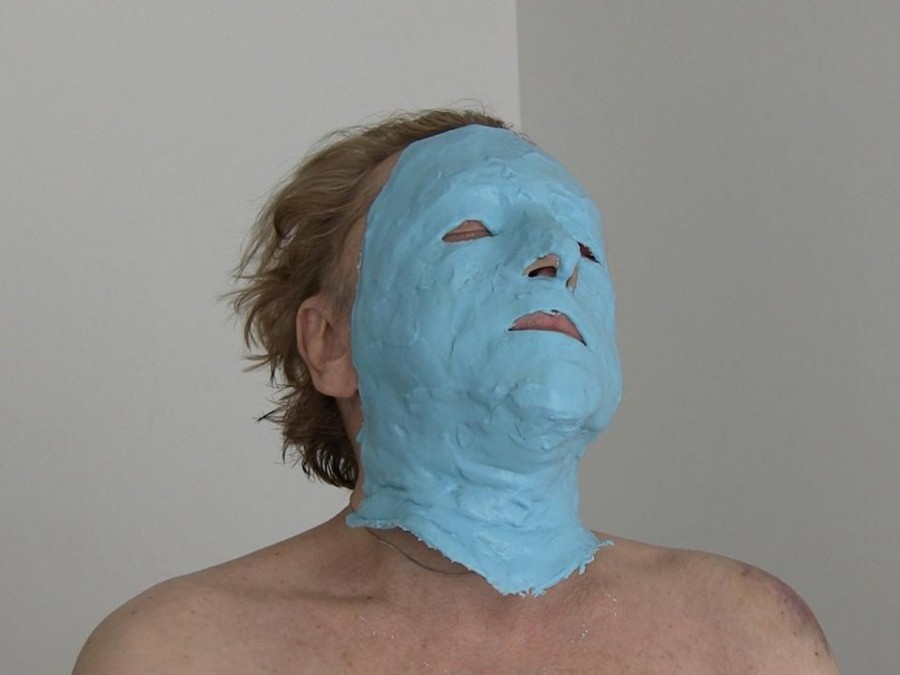 It’s all true. John Waters’ choice for his favourite film of 2015 is completely amazing and completely unwatchable. Helmut Berger is an Austrian actor who worked with Visconti, Tinto Brass and a number of other Euro-trash auteurs, and now finds himself holed up in a grotty Saltzburg flat, a fugitive from various tax and bill collectors, and desperately trying to keep his image alive as one of the coolest cats on the jet set. Even more than a film like I’m Still Here, in which Joaquin Phoenix faked his own mental decline, it’s near-impossible to tell if this movie just an elaborate (and sometimes dangerous) stunt. But if it is, bravo to all involved, as it manages to make Berger come across as one of the most vile, self-serving and ugly (with a tiny pinch of the tragic) documentary subjects in the entire history of cinema. Some of the awful things that occur in front of Andreas Horvath’s camera simply defy belief. 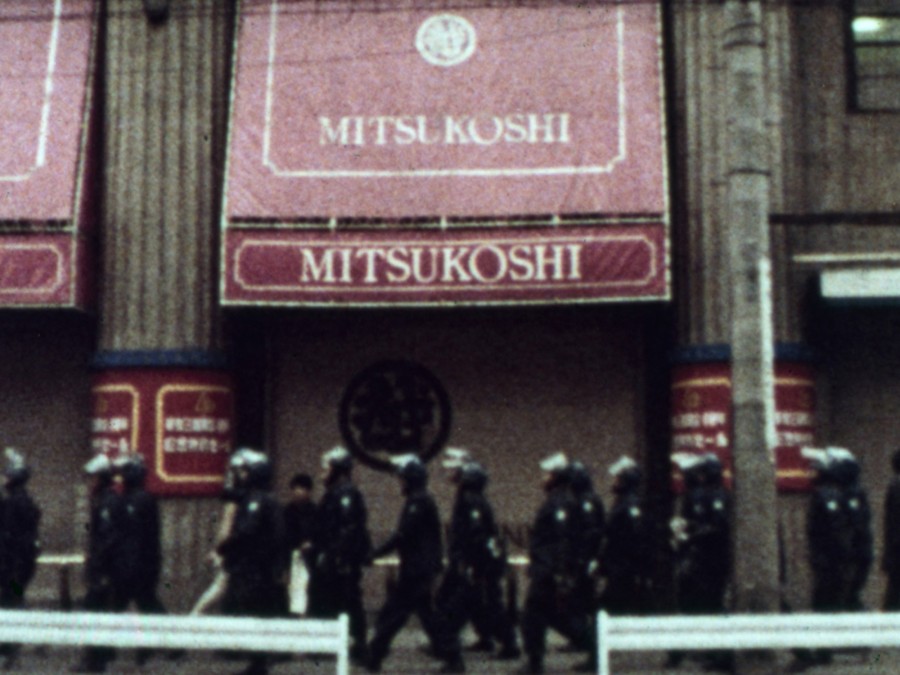 The 2016 festival played host to a fascinating sidebar of features by the little-known Japanese director Masao Adachi, whose directorial work mostly emerged in the ’60s before he became more well known as a writer for the likes of Koji Wakamatsu. This Marker-esque, free jazz-scored survey of Japanese society doubles as a forensic crime scene study which follows the movements of one Nagayama Norio, a disgruntled teen who killed four people with a shotgun in the latter months of 1969. Aside from the occasional snippet of voiceover explaining Norio’s transition from menial job to menial job, the film is comprised solely of mostly inert landscape shots which demand the viewer fill in the necessary blanks. The film is not interested in serving as a piece of evidence as to the boy’s guilt, but is a rigorous, objective study of the socioeconomic conditions which might have given birth to a killer. 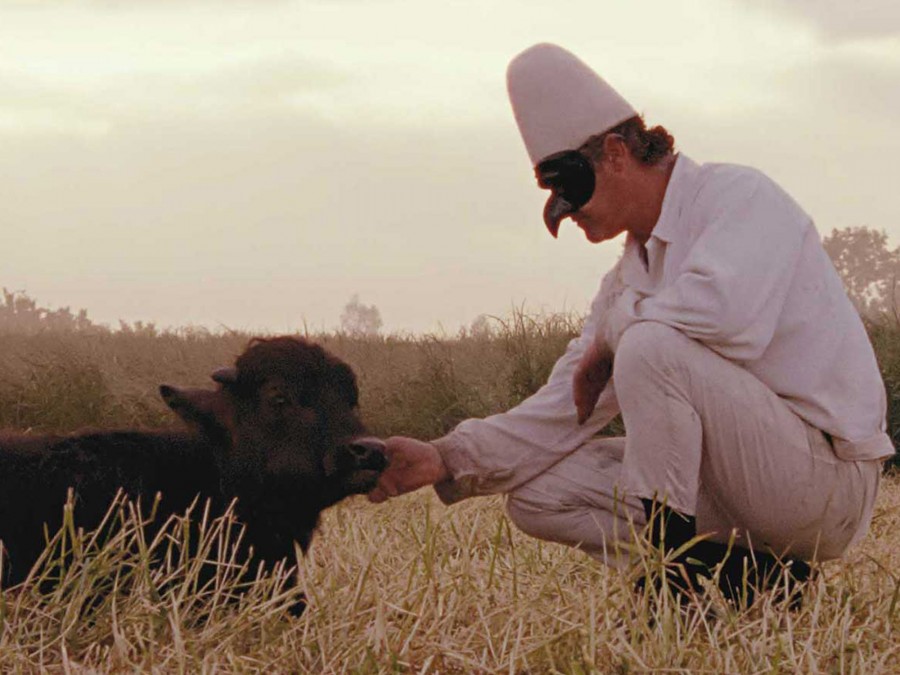 This is the ambling tale of an angel returned to Earth (specifically, Italy’s verdant Campania region) with the task of carrying out the final wishes of a deceased shepherd who has also become voluntary caretaker of the crumbling palace, Carditello. This masked wanderer has to deliver an unwanted baby buffalo to a bearded forager across country, and Pietro Marcello’s wonderful film employs this whimsical shaggy dog road trip as a way to explore landscape, tradition, social history, employment, food and the chasm between generations. Miraculous in its off-handedness, the film skirts back and forth between fiction and documentary as the fallen angel converses with locals on his way and builds up a fast friendship with the spectacularly cute (talking) calf. Marcello never just settles for ambience, instead turning banal situations on their head by suddenly embracing “cinematic” drama. It’s an insouciant feat with charm and insight in rich abundance. 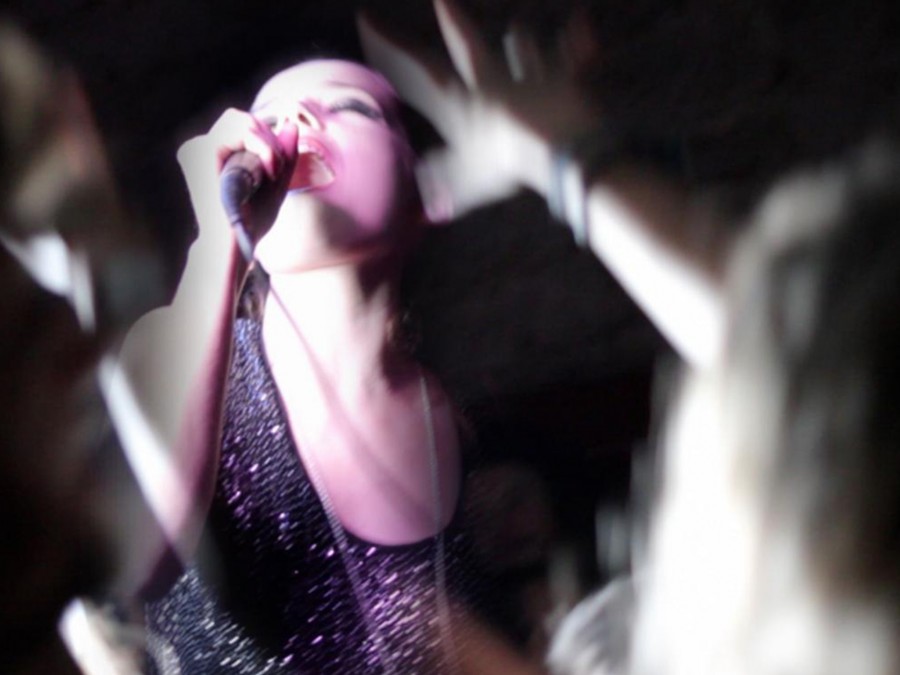 Rotterdam is known for screening films that are a little more outré than those found in your garden-variety festival, so it was a surprise to see patrons streaming for the exit signs during the latest from French provocateur Philippe Grandrieux. His interest in texture and capturing the grim rapture of convulsing bodies remains front and centre in the very hardcore Malgré le Nuit, a Paris-set dirge of self-abasement and transgression that uses close-ups for so much of its runtime that seeing a shot of a room, a street or a skyline feels very odd indeed. It stars the Manchester-born singer-songwriter Kristian Marr, returning from exile in search of a lover he discovers is dead. But as someone who keeps a string of women on the simmer, he transfers his passions over to a fatalistic nurse (Ariane Labed) and a dreamy chanteuse (Roxane Mesquida) who happens to be connected to the world of online snuff videos. While the narrative doesn’t hold up to close scrutiny, it’s a singular narcotic experience – the kind of dangerous and genuinely sensual film that someone like Gaspar Noé dreams of making.