Over the course of just two features, writer/director David Michôd has established himself as one of the most exciting filmmakers around. On the surface of it, though, his latest looks a very different proposition to his gritty earlier works, Animal Kingdom and The Rover. Which is by no means a bad thing.

Billed as a “pitch-black war story for our times”, War Machine is based on the book ‘The Operators: The Wild & Terrifying Inside Story of America’s War in Afghanistan’ by the late journalist Michael Hastings. The film stars Brad Pitt as notorious US General Stanley A McChrystal, who endured a roller-coaster rise and fall during a botched tour of Afghanistan.

McChrystal is one of the most polarising war figures in living memory, and his controversial command of NATO forces between 2009-10 was the subject of a warts-and-all exposé which left his reputation in tatters. This 45-second first-look teaser suggests that Michôd has adopted a more satirical tack than we had previously expected, with Pitt’s comical range of facial expressions hinting at both his character’s natural charisma and cast-iron (and grossly misplaced) belief in his ability to lead troops into battle.

War Machine also stars Tilda Swinton, Ben Kingsley, Anthony Michael Hall, Will Poulter, Lakeith Stanfield and Scoot McNairy, and is schedule for release 26 May exclusively on Netflix. Our prediction: it’s going to be one of 2017’s big surprises. 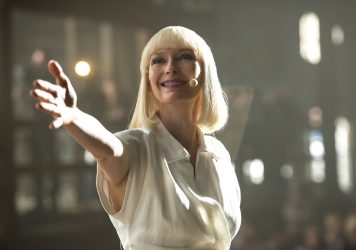 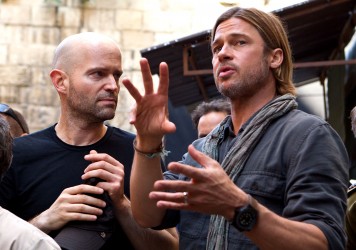