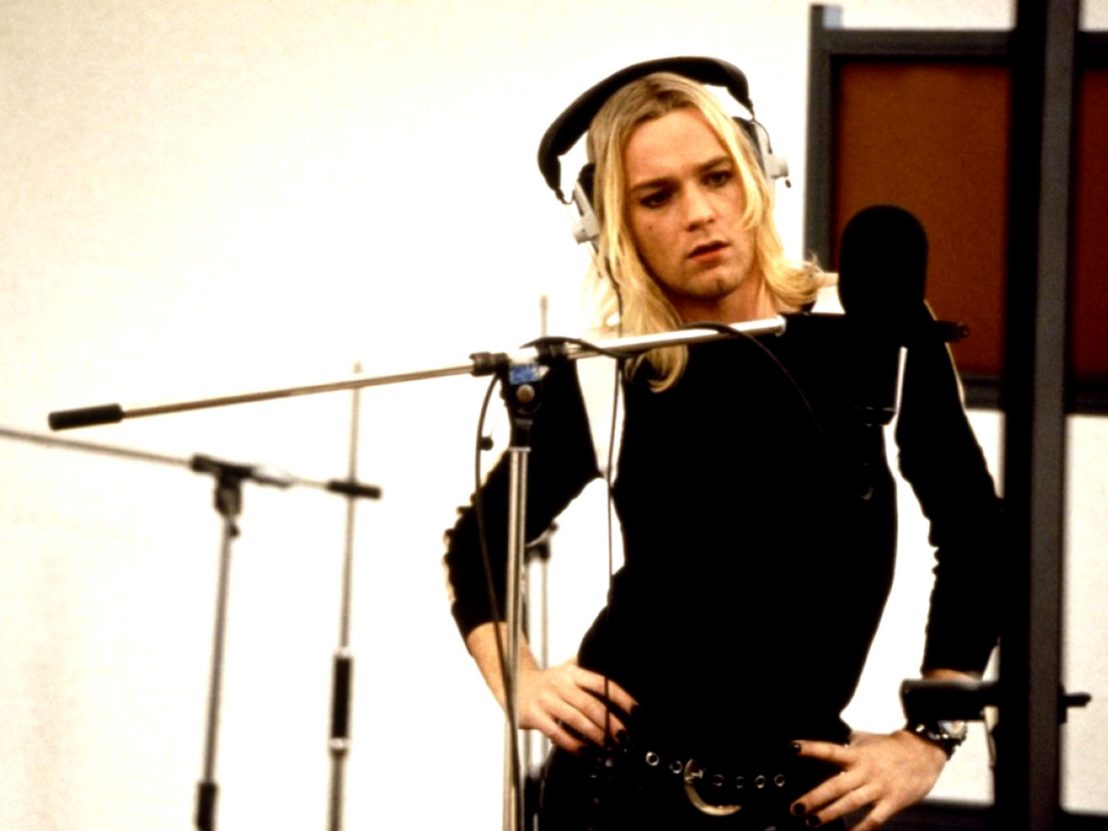 “Although what you are about to see is a work of fiction, it should nevertheless be played at maximum volume.” And with that, Velvet Goldmine sets out its stall before launching into Brian Eno’s stomping ‘Needle in the Camel’s Eye’. If you’re a rock ’n’ roll fan, it’s hard not to be instantly hooked.

Following the rise and fall of glam rock icon Brian Slade, Todd Haynes’ third feature blends fantasy and the fantastic from the off, nevermore so than when the opening frames imply that, as an infant, Oscar Wilde was dropped on a doorstep by a UFO. Strap in.

It’s all sex, drugs and rock ’n’ roll until Slade (Jonathan Rhys Meyers) get shot mid-performance as part of a theatrical stunt to kill off his Maxwell Demon persona. Ten years later, it’s up to Arthur Stuart (Christian Bale) to embark on a Citizen Kane-esque investigation to find out what happened to the singer, just as a mega-pop star is coincidentally preparing for an historic stadium show.

Taking its title from a David Bowie B-side, Velvet Goldmine is Hayne’s dramatic love letter to glam rock, evolving sexuality and the weight that the past can bear. Thankfully, it’s also a whole heap of fun, especially for the music fan who knows their onions. The thinly-veiled approximation of Bowie’s Ziggy Stardust years sees Slade’s tumultuous relationship with Curt Wild’s Lou Reed/Iggy Pop hybrid create a cultural movement while destroying lives in its wake. 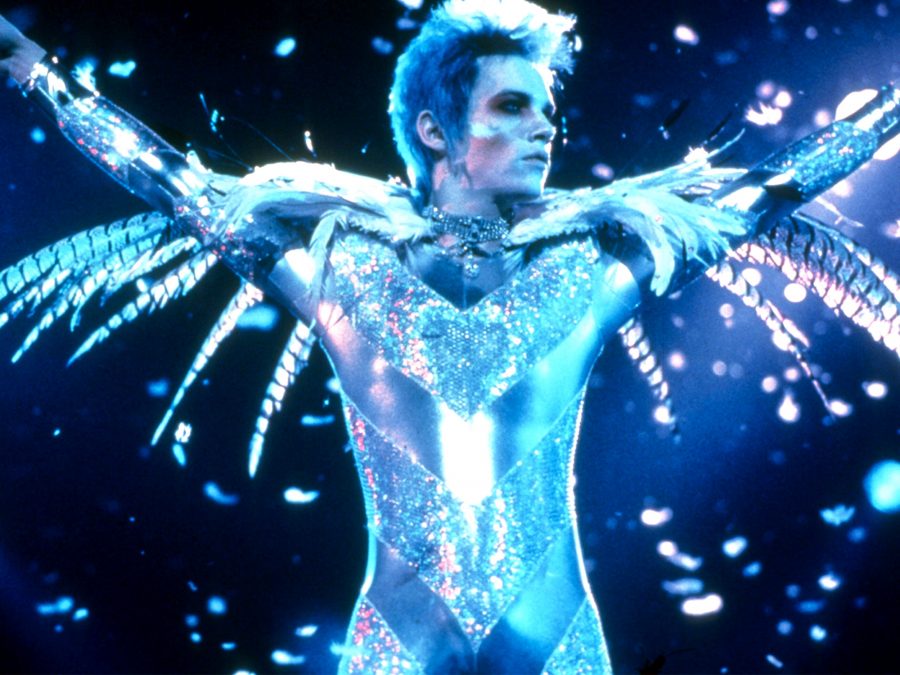 Buried beneath the feather boas and glitter are performances from more modern muses, from indie rock outfit Placebo to Elastica’s Donna Matthews and a cameo from influential performing artist (and Bowie’s former lover) Lindsay Kemp. And that’s not to mention the music itself.

Co-produced by REM’s Michael Stipe, the buzz around the soundtrack did much of the heavy lifting when it came to promoting Velvet Goldmine. Bowie infamously refused to allow his music to be featured in the film, which ended up working out nicely for all involved. Alongside the staple glam tracks, the Ziggy-shaped hole was filled by two supergroups, comprised of members of Suede, Radiohead, Roxy Music, Mudhoney, Sonic Youth (for whom Haynes had previously shot music videos) and The Stooges.

The film gleefully draws parallels between the 1970s alt-rock scene and ‘Cool Britannia’. The pool of talent assembled, whether grunge, prog, or Britpop, were heavily influenced by the sounds of the ’70s, and Velvet Goldmine arguably does as much for modern music as it does for glam rock. Add to the mix Ewan McGregor, Christian Bale and Eddie Izzard, and it plays like a showreel of ’90s talent.

Somewhat pushed to the side of the stage is Jonathan Rhys Meyers who, although a beautiful, beautiful boy, is blown away by McGregor’s Iggy Pop impression – as EST-charged as the narrative suggests (even Pop himself claimed he was too fat). At the opposite end of the scale is Bale who depicts the naive, sexually curious and experimenting Glam fan without a shred of self-consciousness (“Stop movin’ about! I’m doing me eyeliner!”).

Despite this, Velvet Goldmine had something of a tough gig in 1998, taking just over $1 million at the domestic box office. A shame for a film that literally has love hearts and dollar signs glinting in the characters’ eyes. Yet the film has since garnered praise and a loyal fan base. Under the ’90s New Queer Cinema umbrella, Velvet Goldmine documents the fallout from the expression of sexuality. Once the relationship between Slade and Wild is consummated – played out in a Scorsese-style fall from grace sequence to the jarring sounds of ‘Baby on Fire’ – it’s all downhill from there.

Arthur Stuart’s own soft-focus sex scene with Wild seems an isolated incident and all the more positive because of it, although his latter-day persona seems to be living in denial of it ever occurring. While Slade’s morphing into the Max Headroom-lite Tommy Stone is an even more extreme dissension from his past.
Could that be interpreted as Bowie’s abandonment of the gay community when he segued into his ’80s ‘Let’s Dance’ guise? Or did the ’70s capitalise upon sexual experimentation before side-lining it when the bouffant hair and shoulder pads stepped in? Whichever way, Velvet Goldmine is well worth an encore.