With a new record from the legendary rock’n’roller due out this month, revisit some of his most memorable performances. 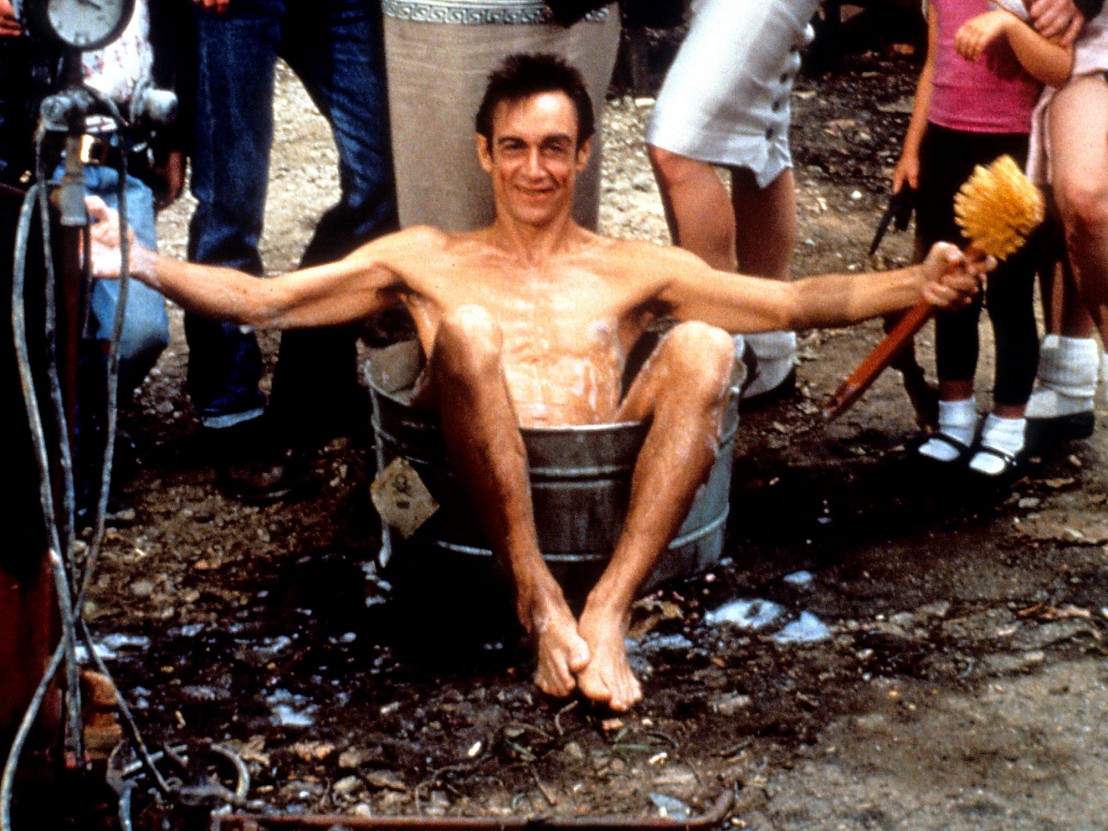 On March 18 Iggy Pop will release what is purported to be his last album, ‘Post Pop Depression’. It was way back in 1969 that Iggy first made his mark on the music world, releasing his incendiary, startlingly ahead-of-its-time debut LP with his band The Stooges. Extraordinary highs and crippling lows filled the ensuing decades but Iggy has always been around in one way or another, a towering, unshakable and inimitable presence.

His music has become a cornerstone of popular culture, having featured in countless films over the years – from Trainspotting to The Diary of a Teenage Girl. But Iggy’s antics have been captured plenty on camera, too, his first major on-screen moment arriving in the gloriously odd music video for Nico’s ‘Evening of Light’. Later this year Iggy is set to star as a fallen angel alongside Henry Rollins, Grace Jones, Lemmy, Slash and Josh Homme in Bjorn Tagemose’s Gutterdammerung, which is being pitched as ‘The Loudest Silent Movie on Earth’. With that in mind, here’s a fond look back at five of Iggy’s greatest on-screen moments.

John Waters putting Iggy Pop butt naked into a tin bath and having him scrub himself raw. Speaks for itself, really.

Iggy’s first Jim Jarmusch jam started out as a short in 1993 before being reworked into a feature a decade later. Inn one of the film’s stand-out scenes, “the Godfather of Punk” goes head-to-head with fellow musician and sometime actor, Tom Waits. Iggy succeeds in playing something of a naive, keen-to-impress, deflated goof to Waits’ evasive and obstreperous nonchalance. They make for an immensely watchable pair, their no doubt underlying reciprocal appreciation for one another pushing their performances into one another.

Jim Jarmusch’s Dead Man is littered with musical connections, from the original Neil Young score to a cameo from The Butthole Surfers’ Gibby Haynes. Joining the cast is Iggy Pop, whose grubby round-the-campfire tales and bean-cooking character, Sally, is one of his more understated appearances, if it wasn’t for that unmistakable voice coming from underneath the hood of the character, you’d be forgiven for not recognising him.

An utterly atrocious film but Iggy’s androgynous, snakeskin waistcoat-clad wildman, Curve, provides one of the very few moments of enjoyment. He’s aggressive yet camp, capturing a hammy ridiculousness that perfectly captures the ludicrous nature of the film. Iggy is at his bristling best in this clip, when he storms in a tattoo parlour before proceeding to punch and kiss fellow musician-cum-actor, Ian Dury.

Appearing in the episode ‘The Magnificent Ferengi’, Iggy plays a character named Yelgrun. Once you get past the novelty of seeing Iggy Pop in all the alien get-up, he fits in surprisingly well, playing the role fairly straight. In fact, as this clip highlights, Iggy even manages to bring an air of malevolence to the part with his penetrating stare. On a separate note, he ends up looking remarkably similar to The Cramps’ Lux Interior once all his prosthetics are in place.