As this Thomas Pynchon-inspired drama turns 10, its portrayal of post-war malaise still has an undeniable allure. 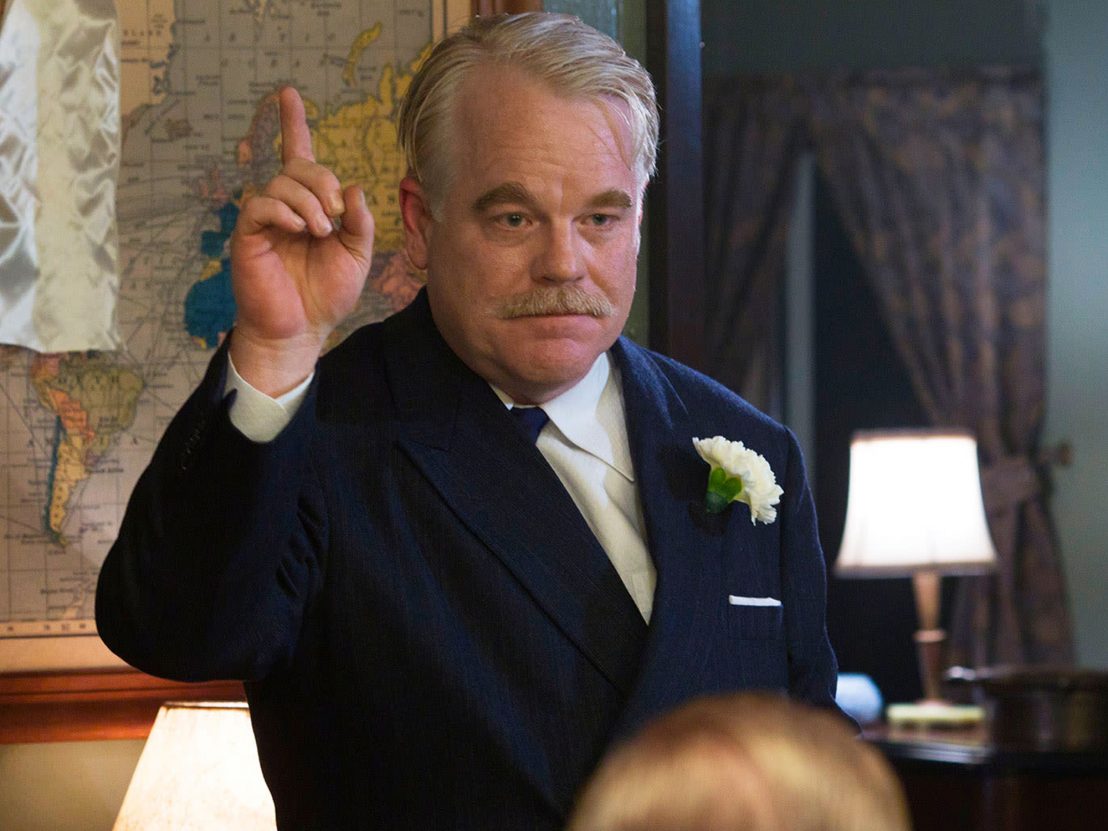 When we first meet Freddie Quell (Joaquin Phoenix) in Paul Thomas Anderson’s The Master, we see a misshapen and contorted figure, masturbating into the sea or lying prostrate on top of a Navy ship as it floats along the surface of the water. Like human driftwood, Freddie has been discharged back into a world he no longer feels a part of. Starved of meaningful human connection, Freddie is both lustful and melancholic. He dreams of his mother as the past eats away at him. Behind Freddie, as Anderson noted in an interview with Vanity Fair, “is an incredibly large body count… can you really feel victorious with so much death around? I guess that creates situations where people want to talk about past lives.”

Though The Master is set in the lull of peacetime America, it’s firmly rooted in the devastating upheaval of the 20th century – a period chaotically chronicled by Thomas Pynchon in his 1963 debut novel ‘V’, which Anderson drew inspiration from for The Master. Many of the novel’s ideas and themes, both literal and ideological, appear in his 2012 feature film. With hindsight the film can almost be seen as Pynchon-lite – a testing of the waters, before Anderson went on to fully adapt one of the writer’s novels in 2014’s Inherent Vice.

The hero of ‘V’ is ex-sailor Benny Profane, an aimless and disillusioned figure bouncing along the East coast of America in the 1950s. Profane is a drifter who rides the subways back and forth, in what’s called ‘yo-yoing’, for lack of anything meaningful to do. He is instinctual, drawn to human connection and yet simultaneously afraid of it. When Benny’s lover Rachel Owlglass seductively handles the gearshift of her sports car he notices “how she was touching it…He didn’t want to see any more”. Throughout ‘V’, Profane frequently finds ways in which to separate himself from the women he’s drawn to. He remains detached.

Similarly, titillated by the prospect of sex with a flirtatious co-worker in a department store, Freddie asks her out to dinner, only to fall asleep on their date later that evening. After this, in an act of self-destruction, we see Freddie antagonise a customer, resulting in a fight. His next job is picking vegetables. As 1950s America boomed with newfound prosperity, both Freddie and Benny teeter at the edges, picking up casual labour, drifting from one job to the next.

For a time, Profane hunts alligators in the sewers of New York, where, having outgrown their welcome, the discarded pets now dwell after being flushed away. An early draft of The Master included a scene like this, but Anderson explains what happened: “We looked around some sewers in upstate New York [and] eventually decided to ditch the whole storyline before spending money and time on something unnecessary to the main event”.

Though this event didn’t make it to the final film, Anderson does take cues elsewhere from Pynchon’s fondness for quirky characters, zany plots and quasi-conspiratorial pop culture. When Freddie wakes up to find himself on the ship of the charismatic cult leader Lancaster Dodd (Phillip Seymour Hoffman), it affords Anderson the chance to explore the origins of our belief systems as a whole. Dodd provides Freddie with what some humans yearn for – and what most belief systems can provide – a master.

The Cause, as it is known, gives Freddie structure – and the ability to make sense of disjointed fragments and events. But in Dodd, that desire has morphed into a fanatical need – he is obsessed with the notion of past lives and time travelling through trauma. It’s as if he’s trying to reach back into the past to a point of safety; a time before World War Two took away collective faith in progress. 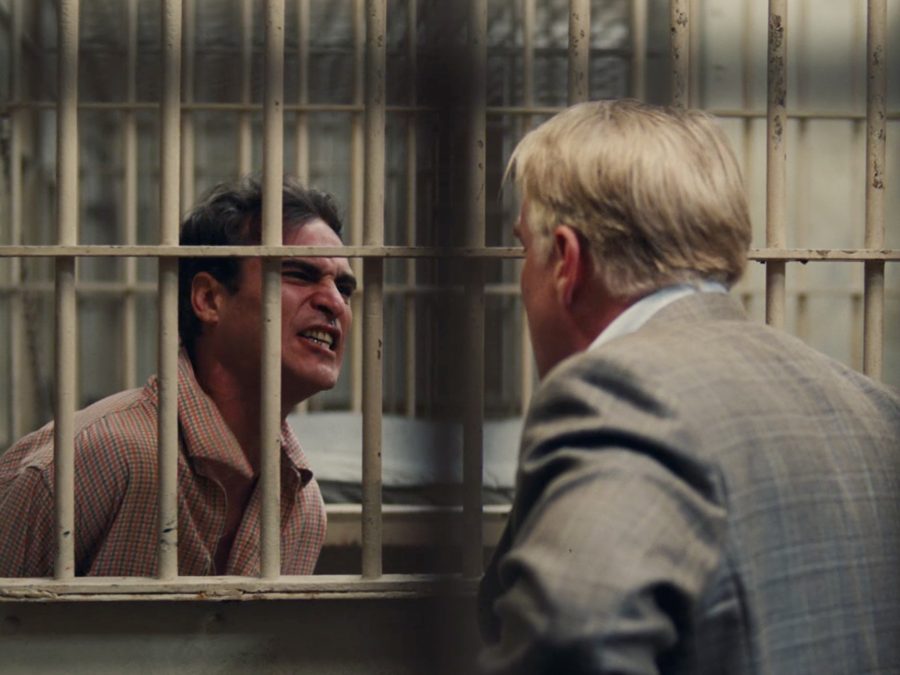 Though eloquent, Dodd is filled with contradiction and absurdity. He is just as much a prisoner to his own impulses as Freddie, with a quick temper and unchecked alcoholism. He bonds with Freddie initially over an appreciation of the ex-sailor’s moonshine, a concoction from his seafaring days that he’s continued to make. He seems at his most dynamic when the two share a drink or joke, offering up faux revulsions at Freddie’s more vulgar tendencies.

It is only at the urging of his family that Freddie is subjected to The Cause’s ‘processes’, yo-yoing between the wall and the window of a house in one exercise and interrogated in another. When asked if he’s ever had intercourse with a member of his family, Freddie answers yes. In the next question we learn he has never killed anyone (or has he?). His relationships seem intrinsically tied to separation and death. He’s haunted by his ex-love Doris, a girl he abandoned. For broken men like Benny and Freddie, passion is synonymous with annihilation. True romance remains a part of their past.

After abandoning Dodd in Arizona at the launch of his new book, Freddie returns to Massachusetts to see Doris, only to find out she’s married to a man named Jim Day. “So her name is Doris Day, like the Doris Day?” Freddie says, incredulous – a Pynchonian pop reference if ever there was one. For all its serious musings on existence, The Master is both playful and funny – similarly, “Pynchon’s books are funny first” as Anderson notes. As Lancaster Dodd delivers his new book to his devoted followers in Arizona, he may even hit upon the best way to master life – with laughter.

And yet the lure of the past is too great. Dodd changes his doctrine from recalling past lives to imagining them, unable either to accept that which he hasn’t seen, or mistakenly conflating recollection and imagining. As Dodd reaches back, by contrast, Freddie remains present. Just like Benny Profane, he is an intimate observer, close to the events he’s witnessed, an authentic historian.

In perhaps its most Pynchon-esque moment, Freddie visits Dodd in The Cause’s new home in England, whereas they prepare to part ways for the final time, Dodd softly sings Slow Boat to China to a tearful Freddie. It’s a tender moment of wistful optimism – one that would be at home in any of Pynchon’s novels. 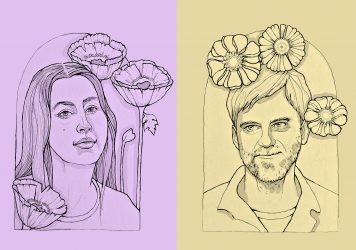 ‘We got this!’ Paul Thomas Anderson and Alana Haim in conversation

The creator and star of Licorice Pizza take us on a tour through the San Fernando Valley and reveal why HAIM love to walk everywhere.