Mob wives strike back in the new trailer for The Kitchen 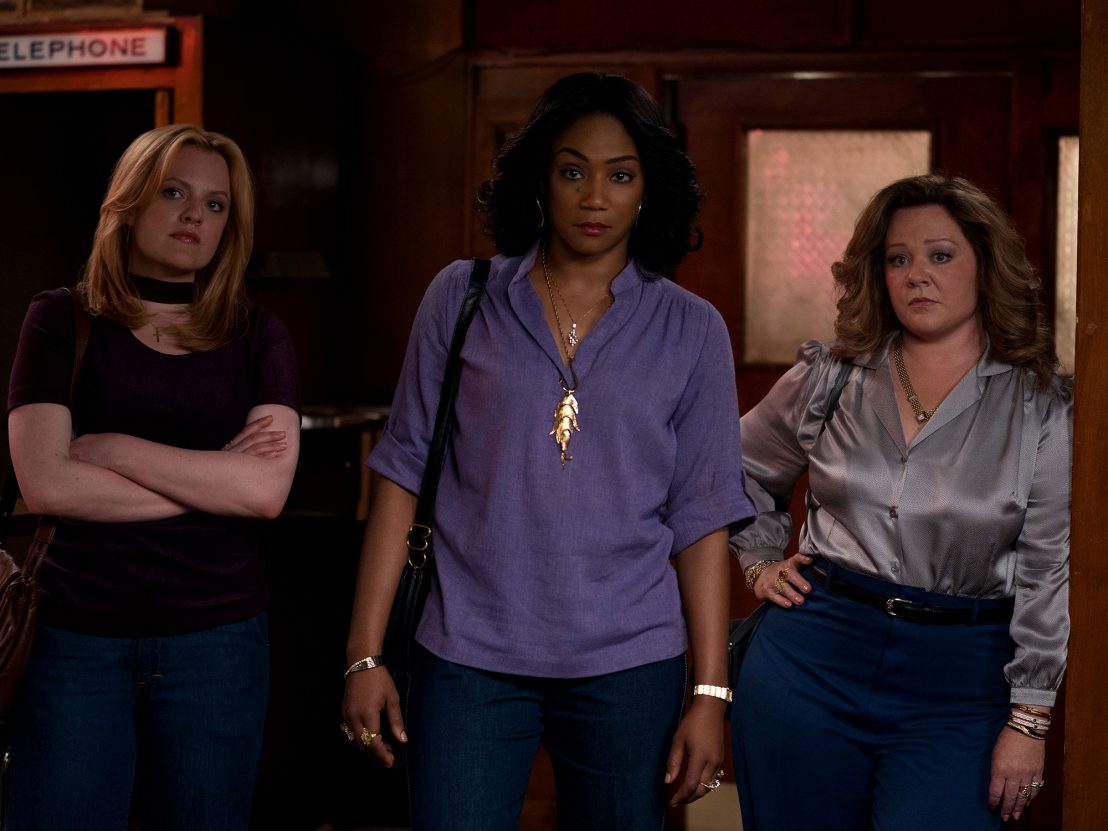 When the plot synopsis for Andrea Berloff’s new crime picture The Kitchen first dropped in 2017, it sounded pretty good: Tiffany Haddish, Melissa McCarthy, and Elisabeth Moss would play mob wives taking over the dirty business after their husbands get thrown in the slammer, gradually incurring the wrath of the competition.

Widows, but a comedy? Two tickets, please! Except that the trailer, unveiled just this morning, suggests things won’t be that simple.

The Kitchen is most assuredly not a comedy, playing straight the same premise previously explored by Steve McQueen last fall, as our heroines overcome the odds and societal gender stereotypes to run with the big boys. Facing chauvinism, a squeeze on their personal finances, and gun barrels from both sides of the law, they’ve got no choice but to toughen up and face the world.

With some assistance from the men they allow into their orbit – Domhnall Gleeson appears to be some sleazy small-time crook, giving Moss’ character a helping hand – they formulate a plot to rip off the alpha dogs and get theirs. Of course, men like this don’t usually appreciate having their money stolen, and they won’t hesitate to hurt a woman just because of her gender.

The trailer emphasizes the film’s roots in the world of comics, having been born as a series for indie publisher Vertigo. Strange to see Moss snappin’ necks and cashin’ checks – as strange as it is to see Haddish keeping a straight face for an entire feature run time – but if it worked for McQueen, there’s no reason it won’t work here.

The Kitchen comes to cinemas in the US on 9 August, then the UK on 20 September.