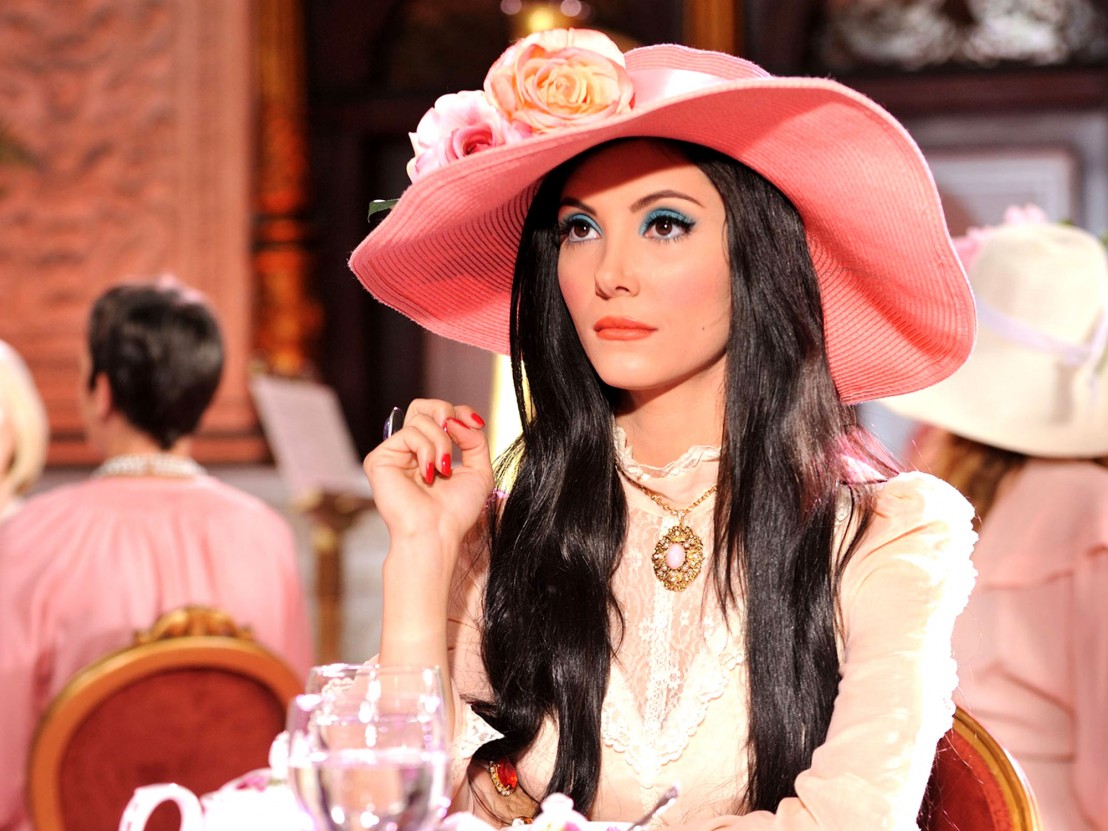 In the opening credits for Anna Biller’s astonishingly flamboyant pastiche feature, The Love Witch, the writer/director is also credited as the person responsible for the film’s music, as well as its costume and production design. In many ways, these cosmetic elements are just as – if not more – important than the writing and directing, as this is a film which lives or dies by the way in which it conjures a credible and nostalgic recreation of an era when physical attractiveness was the dominant facet of being a woman. Yet Biller’s film takes this peculiarly male view of women – as pure objects of sexual desire – and turns it on its head. It’s a neo-sexploitation movie with subtle feminist underpinnings.

Though the film is couched in references to ’60s and ‘70s schlock such as the films of Jack Hill, Russ Meyer, Just Jaeckin or Jess Franco, the first name that springs to mind is Mr Movie Buff himself, Quentin Tarantino. That’s not to say that Biller’s view on what women represent on screen is similar to Tarantino, but that both fondly channel a sub-set of movies some might deem to be “trash”, and reinvent them to chime with modern conversations and attitudes. It’s pastiche, but it’s also more than that, a cinematic shrine or a declaration of love for a lost mode of screen expression.

“She loved them to death” is the amusingly over-the-top tagline to The Love Witch, which tells the episodic story of an unlucky in love siren named Elaine (Samantha Johnson) who can’t seem to find a man who loves her with the passion and zeal that she requires. She is also a trained witch, prone to using potions and rituals to lure in her prey more quickly. The irony of the film is that she absolutely doesn’t need any of these unnatural expedients, as she could likely have any man she wants.

Biller delights in detail, stretching her production design budget to its absolute outer limits. Each costume is vital to the scene in which it appears, signifying tone and mood, or sometimes comically foreshadowing the plot. The thick-caked make-up is always ready for its inevitable, garish close-up. And every interior is decked out in so much eccentric detail that you begin to understand why it has taken the director close to ten years to come up with a follow-up to her erotic portmanteau film from 2007, Viva. Tables are strewn with arcane trinkets which look like they were acquired from the world’s best and most exotic vintage shops. Elaine’s room is festooned with nude self portraits which the characters seem to think are an entirely normal form of self expression. All this added work to build a sense of place isn’t just part of the movie – it is the movie.

Perhaps the most fascinating aspect to the film is Biller’s ambivalent relationship to her heroine, who verges on the classic, noir-era femme fatale, but is also shown as having a chronically narrow-minded take on what it means to be in love. She is forceful in her aims to track down men with speedy and violent precision, but she seems unaffected by the fact that she always reaches the same inevitable (sometimes gory) end game. What’s interesting and radical about the film is that Elaine seems genuine in her eternal pursuit of companionship, but she is unable to accept she exerts far more power and dominance on to her male partners than they do to her. In her view, they are strong, tall, handsome men, and giving pleasure and security is what they exist for.

The film has been travelling on the festival circuit throughout 2016 and will likely make a stop-over in the UK before too long. It’s a midnight treat for those well versed in this type of erotically-charged exploitation feature, and even though much of what appears on screen is played for ironic laughs, Biller is deadly serious about a need to create female characters who are at once alluring, charismatic, sexually voracious and tragically flawed.