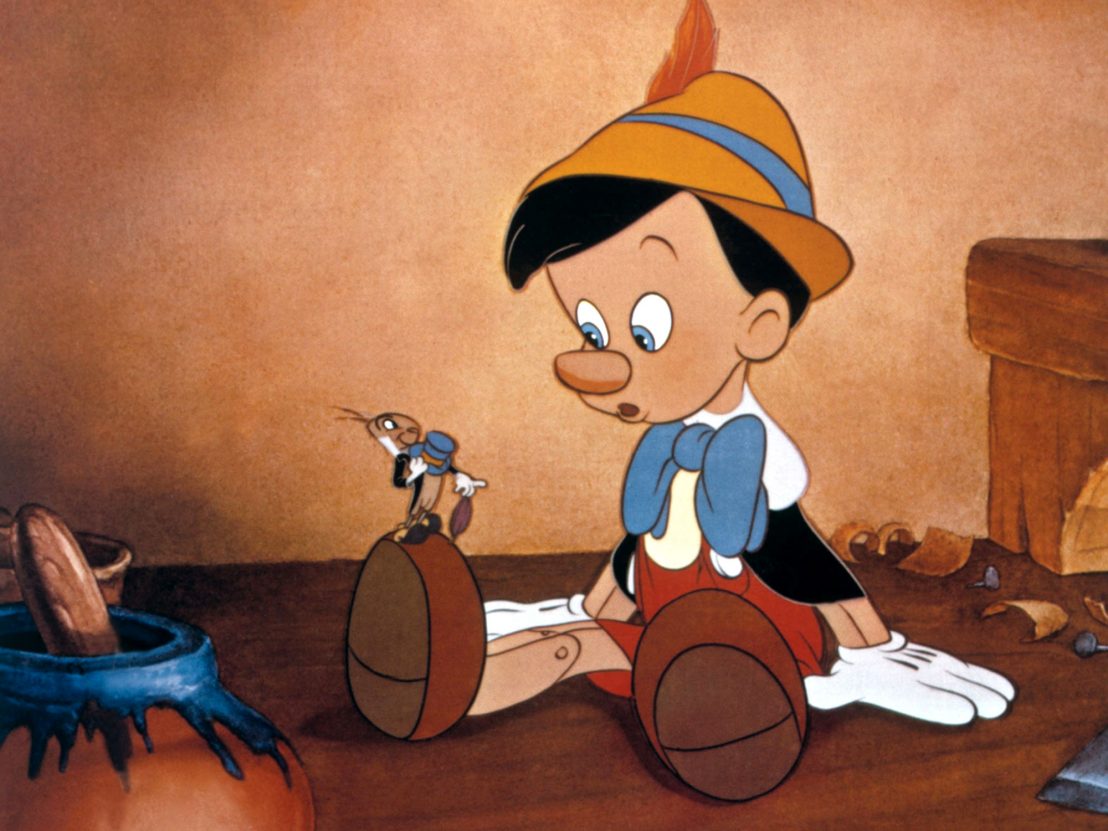 Back in 1976, during initial conversations with Brian W Aldiss about his short story ‘Supertoys Last All Summer Long’, Stanley Kubrick gave the writer a copy of Carlo Collodi’s novel ‘Pinocchio’. The beloved children’s fantasy had chimed loudly with Kubrick’s nascent concept for a science fiction movie he was developing from the Aldiss story.

Kubrick’s concept, which Steven Spielberg eventually realised in 2001 as AI: Artificial Intelligence, emphatically underlined the Collodi connection. ‘Pinocchio’ isn’t simply alluded to in AI, it’s the driving force of a futuristic fable about a robot boy seeks out the Blue Fairy in the hope that she might grant his wish to become a ‘real’ boy. In something of a storytelling echo, Spielberg’s first sci-fi feature, 1977’s Close Encounters of the Third Kind, is threaded with specific references to Disney’s 1940 animated version of Pinocchio.

While Kubrick was developing his interpretation of ‘Pinocchio’ throughout the 1980s and ’90s, other high-profile filmmakers were similarly looking to Collodi’s source material. Francis Ford Coppola intended to frame the source text as a contemporary war story set in Bosnia during the armed conflict that occurred in the early ’90s. Coppola’s premise centred around a group of children in the warzone having ‘Pinocchio’ read to them. From the few accounts available about the unrealised project, Coppola was supposedly interested in the theme of loneliness first and foremost.

The central conceit of Collodi’s novel certainly suggests abundant opportunities for visual spectacle and characterisation: perfect ingredients for a movie. The story offers a clear and appealing mix of genres, too: adventure and fantasy overlap as Pinocchio’s journey becomes suffused with an ocean’s-worth (look out for that big blue whale!) of cultural imagery.

Disney’s cel animation, directed by Hamilton Luske and Ben Sharpsteen, found dynamic ways to visualise the idea of a child venturing into a world in which innocence gives way to experience. The filmmakers made some lasting alterations, too: the character typically identified as the Blue Fairy is described as “the Fairy with indigo hair” in Collodi’s novel. Intriguingly, in developing their adaptation of ‘Pinocchio’, Walt Disney and his team recognised that a device in which Pinocchio was to be confronted by another version of himself (his conscience) was clumsy storytelling.

Disney returned to the source material and was drawn to a fleeting moment in which a cricket attempts to warn Pinocchio of the perils of living solely for the sake of a good time: “Woe to those boys who turn against their parents… sooner or later they will repent bitterly.” Hacked off by the cricket’s moralising, Pinocchio crushes the interfering insect. Disney decided to resuscitate this minor character, making him the conscience – and heartbeat – of the film.

Pinocchio has not gone away: his image is ubiquitous in popular culture and the story continues to attract an array of filmmakers. Guillermo del Toro is currently working on an animated adaptation for Netflix and, as recently as December 2019, Matthew Garrone’s live-action take on the story was released in Italy. Coincidentally, Garrone’s version stars Roberto Benigni as Geppetto; in 2002 he directed his own live-action adaptation. Then, in January of this year, Robert Zemeckis was announced to be moving ahead with a new rendition for Disney, the director having previously snuck the marionette who dreams of becoming a real boy into 1988’s Who Framed Roger Rabbit.

Fuelling the fantasy of ‘Pinocchio’ is the notion of what it is to be transformed, both internally and externally, and cinema so often excels in simply showing things happening; in bringing forth an outward view of an inner life. Disney’s magical film reflects the dizzying potential of the medium, whereby moments of delight and real terror exist side by side.

The visual spectacle suggested by ‘Pinocchio’ offers filmmakers a vast scope in terms of working with plot developments that flip-flop between comforting flight of fancy and unsettling trauma. As demonstrated by Disney, there is an opportunity when tackling Collodi’s novel to combine cutting-edge visual storytelling with the traditional delights of the fantasy-adventure genre; all wrapped up in a story about growing up. In that collision, perhaps, is the source of a certain kind of ageless staying power.