In 1996’s Mr Wrong the Finding Dory star played it straight for Hollywood with surprising results. 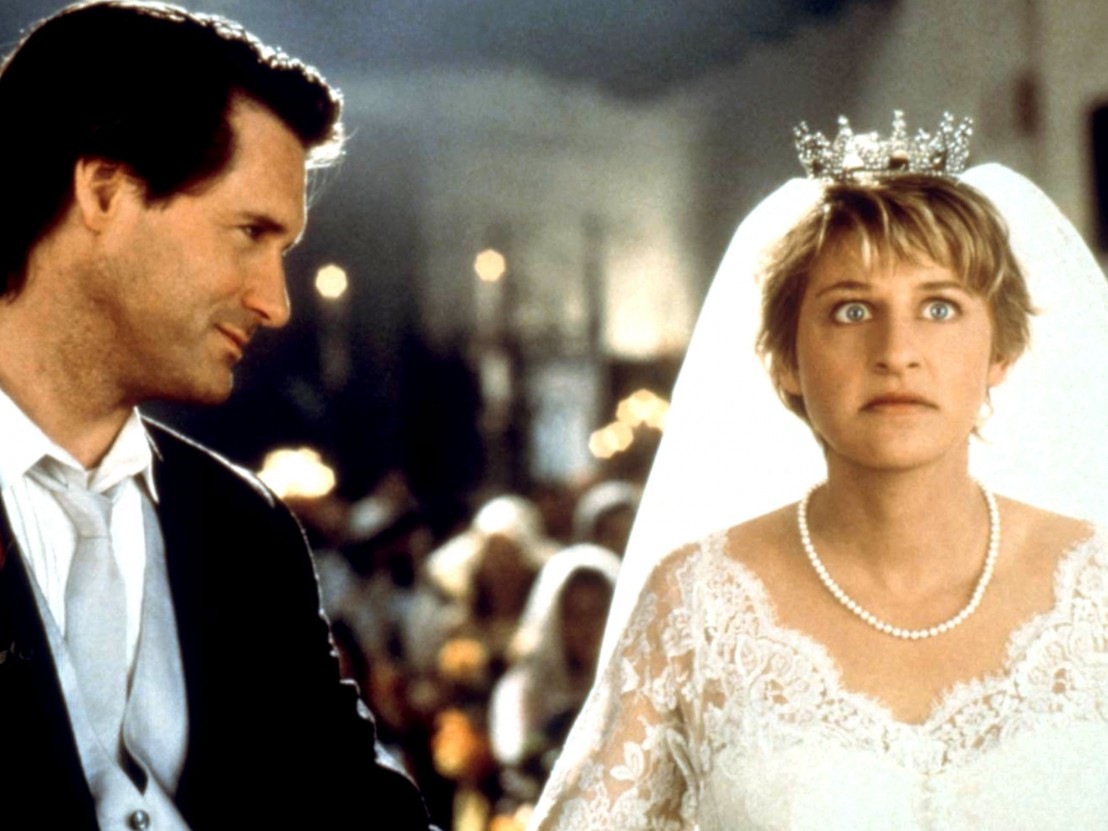 It’s easy to forget, at a time when she’s busy voicing adorable cartoon fish and lobbing softball questions at celebrities on daytime television, that Ellen DeGeneres was once considered the most dangerous woman in America. It wasn’t because of her self-titled sitcom or folksy, inoffensive persona. What made DeGeneres such a polarising figure in the 1990s was her sexuality.

In America at the tail end of the 20th century, a high-profile female celebrity coming out as gay wasn’t just largely unheard of, it was a lightning rod for anger and debate. But around the time she appeared on the cover of Time Magazine in 1997 accompanied by the cover line ‘Yep, I’m Gay’, DeGeneres was among the countless television breakouts of the era being groomed for big-screen stardom. Her sexuality had long been a favourite subject of the tabloid press, a point she often knowingly mocked in her sitcom, Ellen, but her cinematic debut kept her firmly in the heteronormative romantic comedy closet.

In 1996’s Mr Wrong, DeGeneres plays a depressed thirtysomething singleton comfortably ticking off every cliche on the rom-com heroine checklist: her parents perpetually meddle in her dating life; she watches sad movies in the dark with only a tub of ice cream for company; and her black best friend is always on-hand with pat romantic wisdom. Poised to rescue her from this lonely whitebread existence is handsome poet Whitman (Bill Pullman). He initially seems heaven-sent, all moonlight strolls and candlelit meet cutes, until he confesses that he hasn’t been entirely honest with himself. “You know how you always have to present yourself [differently] in front of people you don’t know?” he asks Martha. “You try to make them feel good, but is that good for you? Is that good for your soul?”

It’s here that the film takes on a more intriguing slant, its themes and twists drawing a striking parallel with DeGeneres’ own personal life at the time. When Martha encourages Whitman to embrace his true self, it immediately backfires on her – he is exposed as a petty criminal and a lunatic who sets out to effectively ruin Martha’s life once she dumps him. Through a barrage of slander and manipulation, Whitman alienates her from her family and leaves her job at a daytime talk show hanging by a thread.

Zany as it sounds, it’s just the kind of personal and professional crisis that was soon affecting DeGeneres in reality. Whether it was ‘explaining’ her sexuality to a baffled audience on Oprah’s couch, her hotly debated relationship with Anne Heche, or headlining a soon-to-be-axed sitcom introduced with a “parental advisory” warning due to her mere presence, DeGeneres spent much of 1997 having to defend her true self – precisely the sort of sincere gesture Bill Pullman’s Mr Wrong had so forcibly punished her character for a year earlier.

Viewed today, Mr Wrong is a fascinating relic of a moment in popular culture when outspoken LGBT figures were just starting to emerge from the fringes of society. It is a forgettable misfire made inadvertently fascinating by its off-screen context, and remains DeGeneres’ sole live-action star vehicle. Yet in hindsight the film also serves as a fascinating portrait of a public figure in flux. As a comedian, a budding media personality, and as a trailblazing spokesperson for mainstream LGBT visibility.