Emma Thompson is an aging TV host; Mindy Kaling is the new staff writer challenging her to do more. 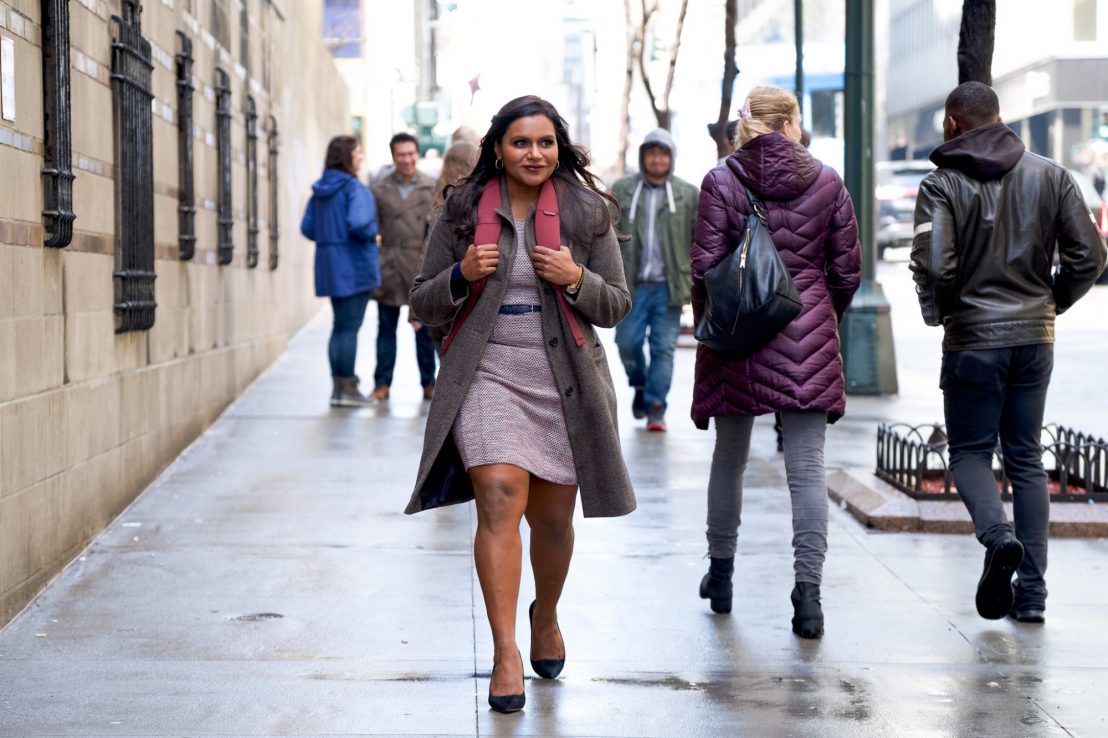 The devil no longer wears Prada; these days, she’s grinning through celebrity interviews and delivering one-liners on television sometime around midnight.

Emma Thompson and Mindy Kaling’s characters have a distinctly Priestly-Sachs relationship in the newly unveiled trailer for the workplace comedy Late Night, as a novice gradually earns the respect of her bullying, elite mentor.

Thompson portrays a talk show personality who’s a legend in the industry, but losing her footing at the network as they decide to skew younger and sharper. Kaling (who also penned the film’s script) is the new blood injected into the writing staff to bring some fresh perspective as the lone woman of color in a room filled with men of varying levels of whiteness.

Of course, there’s some friction at first – just look at how our lovably awkward heroine upends a full trash can instead of deigning to sit in someone else’s seat! – but both characters grow on one another. Kaling’s nervous-nellie Molly Patel finds confidence enough to pipe up during photo ops, while Thompson’s haughty Katherine Newbury learns not to be so mean to everyone all the time.

Following through on the film’s stated emphasis on diversity, the director’s chair was filled by one Nisha Ganatra, an indie stalwart and TV vet finding her biggest platform yet with this widely touted Sundance sensation. Distributor Amazon ponied up a whopping $13 million out of the festival for the picture’s distribution rights; months from the release, and it’s already Ganatra’s biggest film.

The beats of the film seem to have laid themselves out pretty plainly, but as a lifelong fan of the rom-com, Kaling knows just how far executing the predictable with finesse and good humor can go.

Late Night comes to theaters in the US and UK on 7 June.