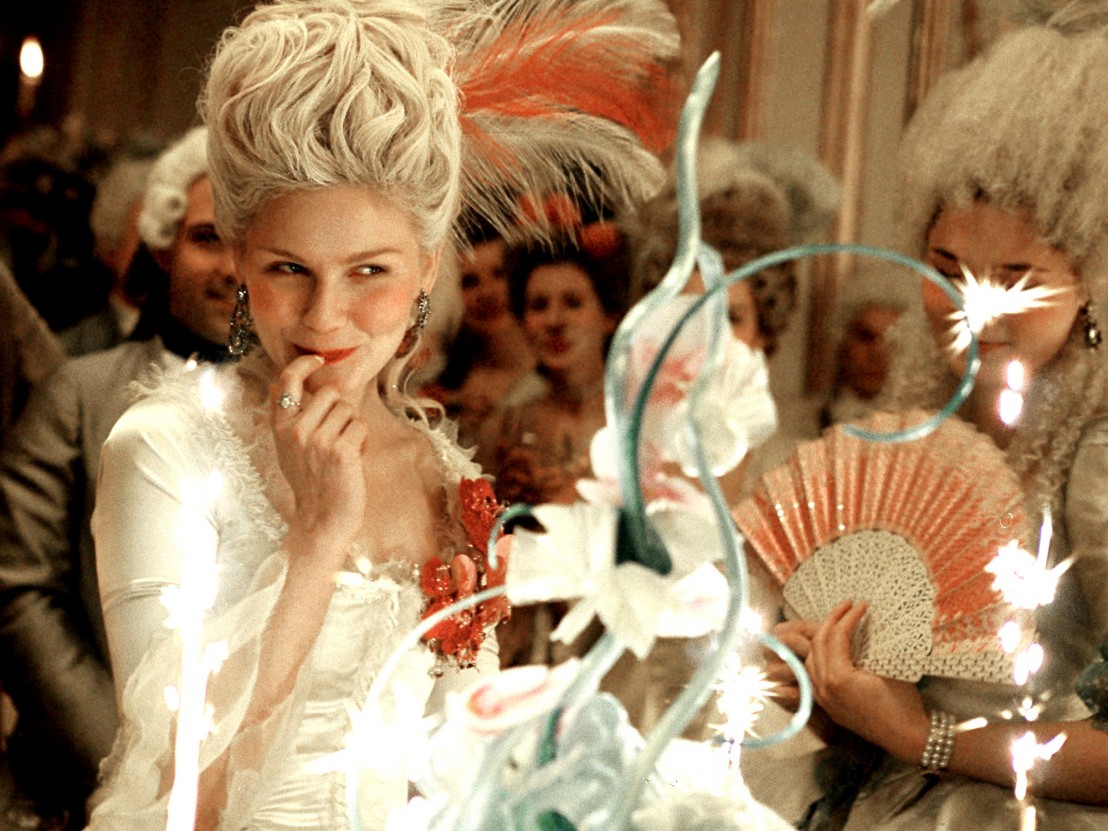 We approach young women in the films of Sofia Coppola almost as puzzles to solve. She is a director who embraces objectivity. This is manifest in the literal seclusion of the Lisbon sisters in The Virgin Suicides from the vantage of sexually curious boys. It’s in the isolating shots of Charlotte (Scarlett Johansson) ambling, awe-struck, around Tokyo in Lost in Translation. It’s in the unimaginable decadence that surrounds Marie Antoinette in her new life at the Palace of Versailles from Coppola’s 2006 film of the same name. The latter is of particular note in its fresh, modern take on the secluded life of the young queen. It stars Kirsten Dunst as the title character and takes an expressionist approach in its delicately-wrought and emotionally distanced portrayal of one of France’s most notorious monarchs.

In a film packed with visual flourishes, it might feel like aesthetics take precedence over emotion. Yet it’s the visual cues in Coppola’s films that help us decrypt the characters within them. In none of her films is this objective truer than in Marie Antoinette. There were boos and jeers at the film’s premiere at the 2006 Cannes Film Festival. Le Monde labelled Coppola’s third, knowingly whimsical feature as something “dreamt by a Miss California.” As the years have passed, perceptions of the film have evolved. There’s clear substance to the style. It offers up a nuanced statement of post-feminist freedom that hangs throughout the film like fancifully coloured drapes.

Sharing a typeface with the Sex Pistols, the film’s title credits punch through the screen in bright fuchsia – from its opening frames, its clear this isn’t your typical, stuffy historical drama. With its post-punk, New Wave-inspired soundtrack screaming rebellion, it’s clear that music plays a massive role in sounding the film’s message. From the first moment we’re greeted by the piercing, repetitive guitar riff of Gang of Four’s ‘Natural’s Not in It’. The track opens with the lyrics, ‘The problem of leisure / what to do for pleasure,’ expressing themes pertaining to modern capitalism, while holding true to Marie’s enforced overindulgence. As she turns and breaks the fourth wall with a coquettish and seductive glance, her pointed irony and self-awareness resonate with the postmodern intentions of the film. 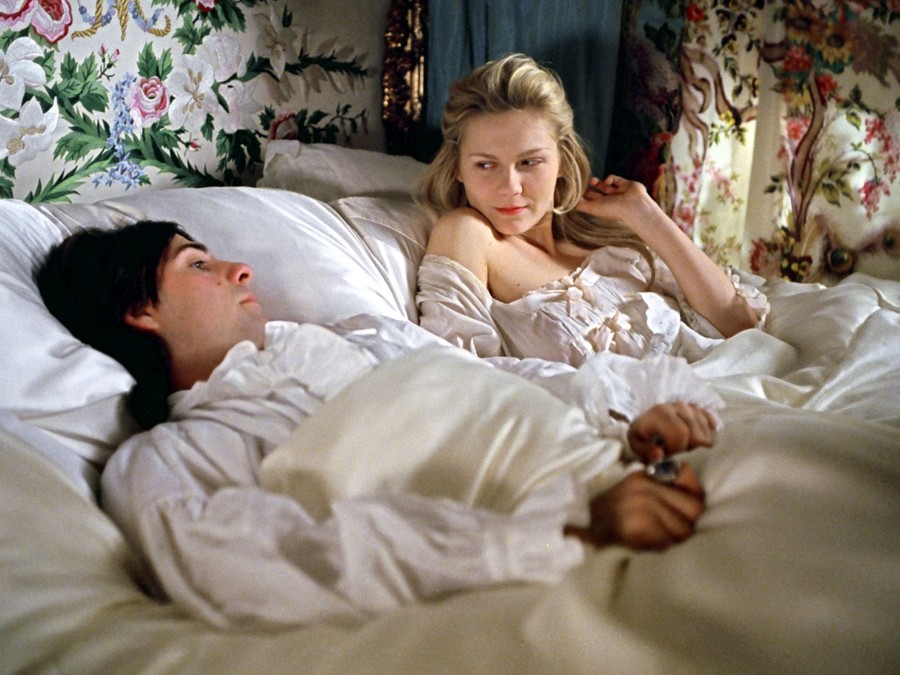 Then, the tribal drumbeat of Adam Ants’ ‘Kings of the Wild Frontier’ establishes a primal lust during an adulterous tumble in the sheets between Marie and Count Ferson (Jamie Dornan). Bow Wow Wow’s ‘I Want Candy’ channels (and mocks) chick culture, combined with a dizzying montage of gaudy pinks and reds. We watch as Marie and her posse lavish themselves in a myriad of fashion trinkets, as well as a mouth-watering selection of patisserie treats. Blink and you’ll miss a sneaky pair of Converse hi-tops, subtly visible as another character tries on a pair of Manolo Blahnik’s time-tailored heels. Coppola uses Marie’s fashion obsession to refract the habits of the past into a future of unchecked consumerism.

Like the music, costume is of equal importance. Marie’s rabid consumption of fashion functions in the same way it does for post-feminists – not only to appeal to the opposite sex, but as an affirmation of her influence and feminine desire. She wears her femininity as a mask. She asserts herself politically in an oppressive society. Her frilly dresses and twee accessories are a means of self-empowerment in a man’s world. To Coppola, clothes function as ideas. Marie only wears black when acting out, a silent ‘fuck you’ to Versailles’ rules and traditions.

Nowhere is her ‘mask’ more literal than during her escape to a masquerade ball with friends. Stripping herself of her court persona, her new-found anonymity allows her to further indulge in hedonism. Herein lies the deception. During their first encounter, she sexually objectifies Count Ferson in a typically masculine fashion. This raw desire, despite her marital commitments, humanises her. It highlights her subversive nature. In movies, women who masquerade their true selves often get punished, as ends up being the case with Marie (if you ignore the social, political and financial ramifications of her death). However, Coppola’s choice to focus solely on Marie’s life suggests a rejection of this stereotype altogether.

Marie’s place in court is finally consolidated after the birth of her children. Her main concern ceases to exist, granting her true freedom of expression. Gone are the constricting corsets, tightly tied ribbons and tall hair. She adopts a more relaxed and liberated look. The clothes she wears are looser and less figure hugging, immediately de-sexualising her. Where once consumerism was Marie’s main means of expression, creativity is now her obsession. Acting, gardening, music – she tries it all. The film’s tragedy lies in the idea that her artist enlightenment finally arrives only as the shadow of death looms large.

Versailles is to Marie what Tokyo is to Charlotte in Lost in Translation – a place to discover, but with lots of hidden and subtle traditions to be learnt. Marie Antoinette revisits themes common in the director’s work, mainly the coming of age of young women in the “adult” world. These intimate portraits are the director’s response to what she dubs the ‘mopey man’ movies that saturate the industry. We see Marie evolve from historical icon to a real young woman. Her struggles, her relationships, her identity, her being are all writ large. Marie Antoinette is great because Coppola empathises with the girl behind the myth without lionising her at the same time.