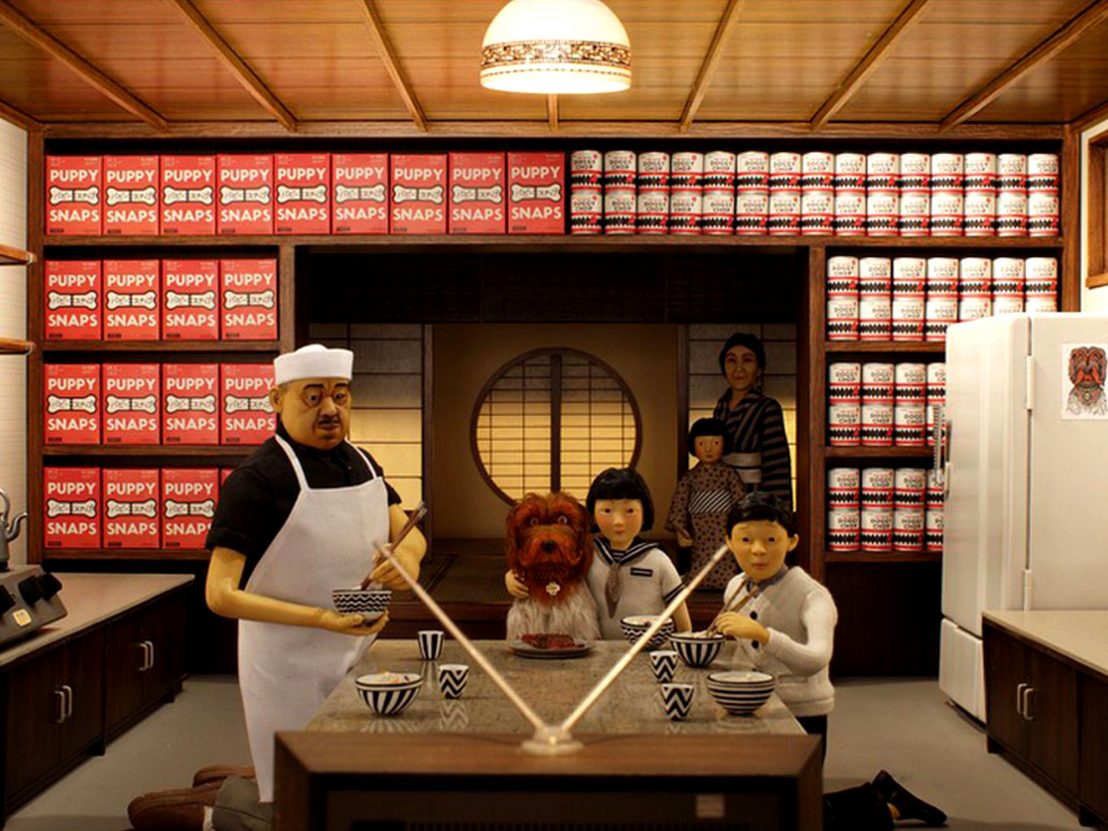 I’ve lived in London for about 13 years, working at various agencies and also freelance doing a lot of branding and graphic identity. I got the call from Wes’ producer because they needed a Japanese-speaking designer. So I went in for a trial and did two weeks designing sake bottles and various bits. At that point  I had no idea of the amount of work that would be involved – I began working on Isle of Dogs in November 2015 and finished in January this year.

I never counted but in terms of the overall number of individual pieces we made for the film, I’d say it was well into the thousands. Some sets alone had two hundred pieces. We were given a wealth of reference images from the production designer and the art director; concept drawings and stills photographs from old Japanese films – a lot of Akira Kurosawa and Yasujirō Ozu.

There were a lot of references from the Shōwa period and some from the postwar era too, but most of the images were from the ’60s and ’70s, which is the period Wes instinctively gravitated towards. But the time period is so ambiguous – it’s set 20 years in the future, but we don’t know from when. That gave us the freedom to create a look that wasn’t chained to one particular time period.

The set-up comes from a scene in Kurosawa’s High and Low. Our whisky is based on the famous Suntory brand, but because brand names (even made-up ones) come with legal headaches, for things like this we often used generic names like “whisky”, “bakery”, “soda”, etc. We also had to change the famous tortoise-shell pattern on the bottle to diamonds. 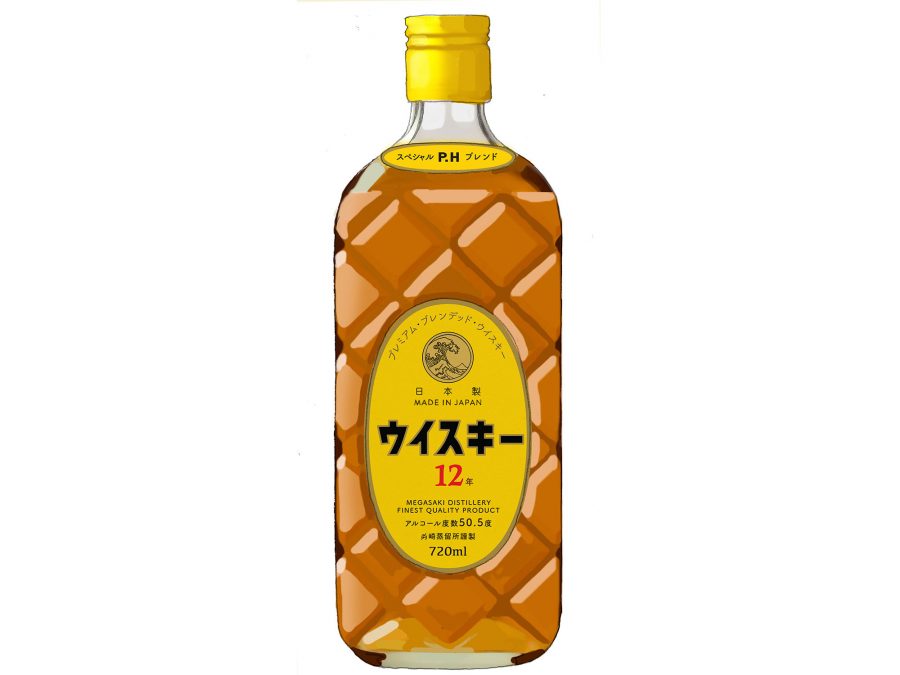 Wes already had a pretty good idea of how he wanted the biscuits to look, including the shape and texture. After we had done the doggy chop graphics, we used similar visual elements for the boxes of puppy snaps. 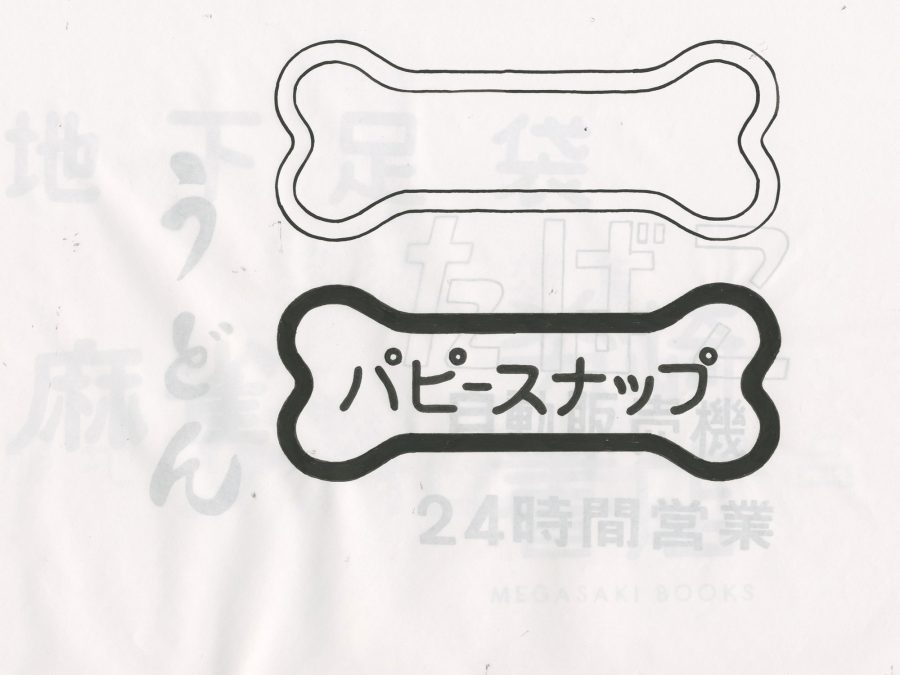 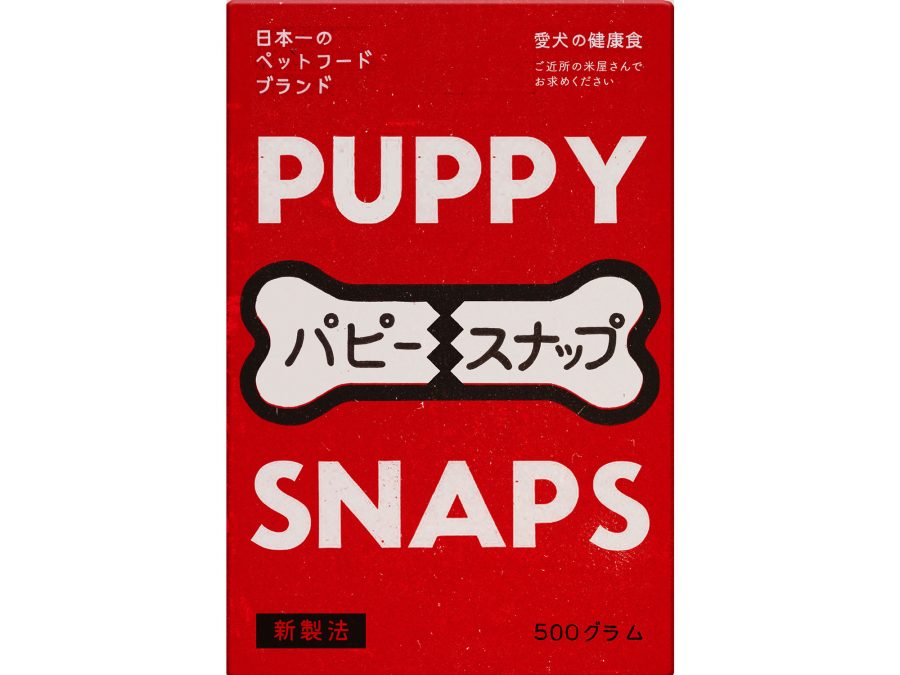 This is one of the first things I worked on during my trial in the art department They appear multiple times in the movie – the dog hovel, the noodle bar and the sake bar. We gave the sake dog-related names, like Hachiko (the famous shiba-dog whose statue guards Shibuya Crossing) and Chūken, which means “loyal dog”. None of this is translated into English, so it’s a bit of an easter egg. 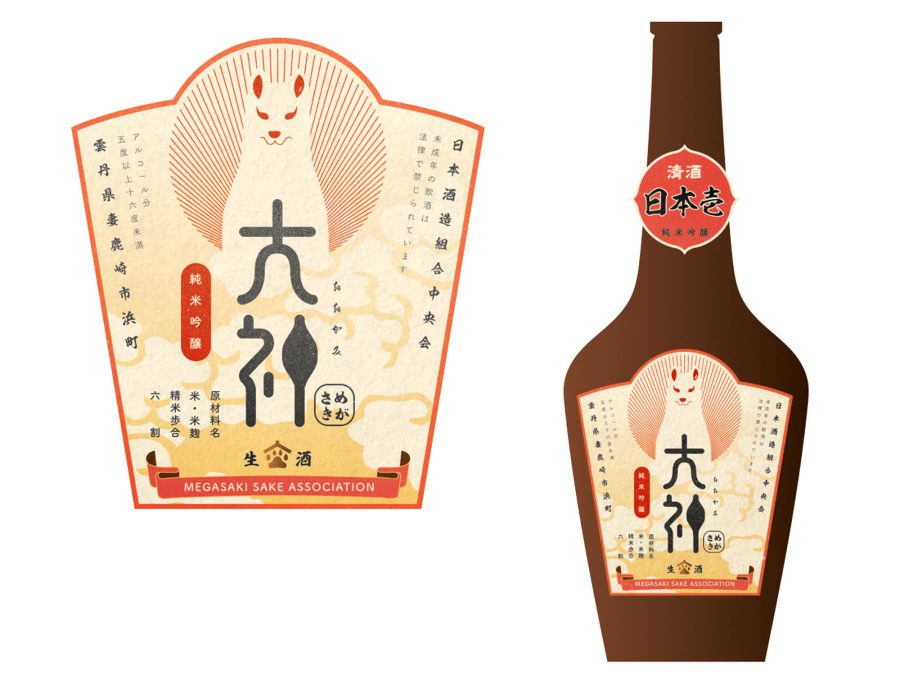 The carton of milk that Atari uses as a pillow on the first night he and Chief are separated from the pack. For lettering reference we looked at the bottle caps on Japanese milk bottles from the 1960s. 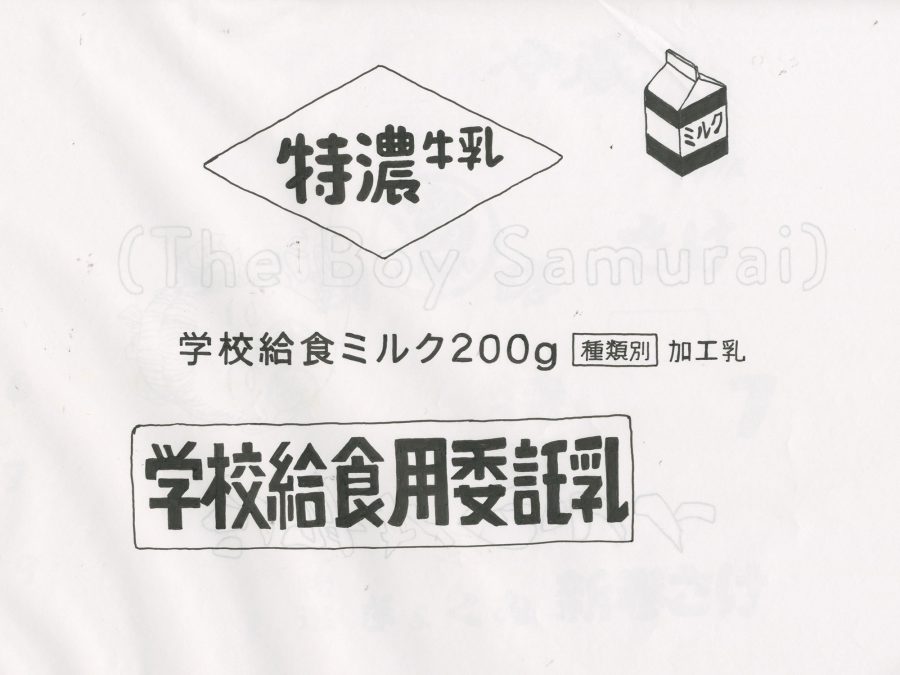