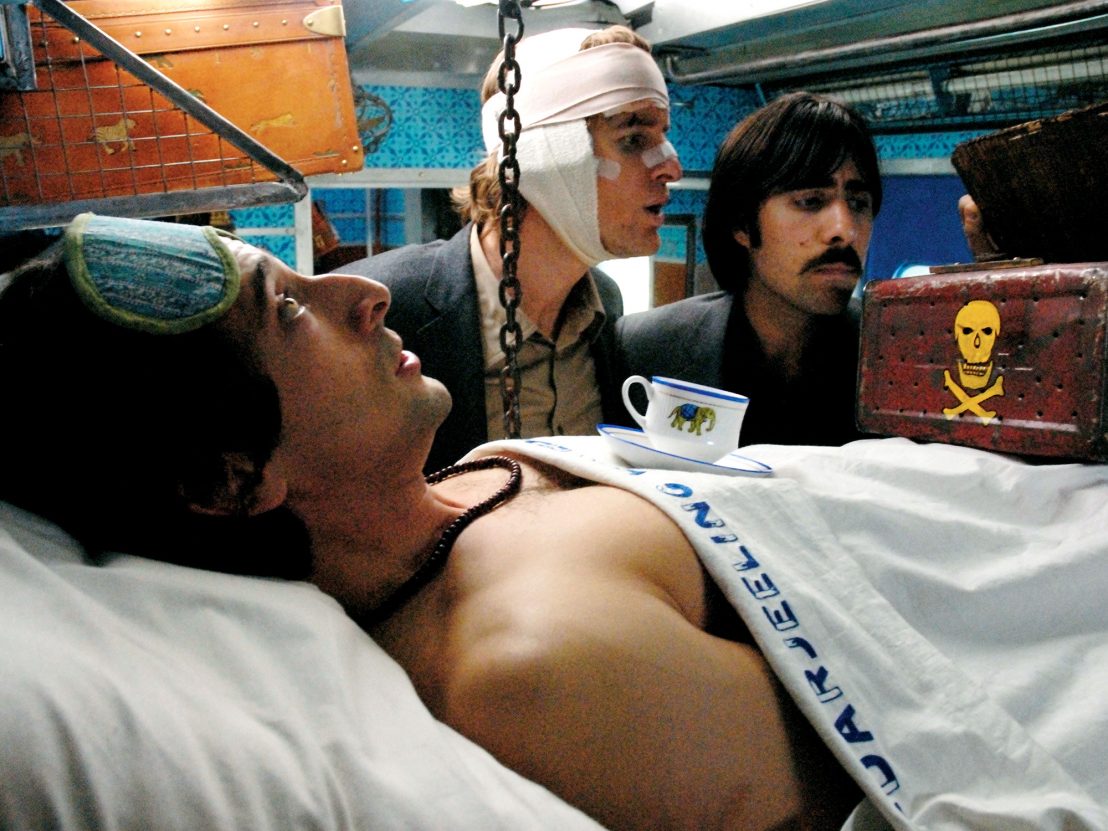 There are 900 elephants in The Darjeeling Limited. Not that you’re likely to have noticed – each hand-painted pachyderm appears on the walls of the train that provides the film’s primary setting. In fairness, most never make it into shot, but they are there: unique, beautiful, colourful. This level of attention to detail is not uncommon in the films of Wes Anderson, and it’s one of the reasons why his detractors often accuse him of favouring style over substance, as if his rigorous form is something to be sneered at. Yet to criticise his films in this way is to miss the point. For Anderson, style informs substance, and back in 2007 he arguably found his ideal canvas.

The story of three white American brothers travelling through India in an attempt to reconnect and find themselves should set off warning bells immediately. The obvious risk is that The Darjeeling Limited might be ‘Eat, Pray, Love’ for the hipster crowd; the concept of finding yourself in an “exotic” land doesn’t necessarily become less patronising just because a respected director tackles the material. However, Anderson’s film skewers the idea of using other cultures for self-actualisation, while finding deep emotional resonance in the natural vibrancy of its setting.

Anderson, along with co-writers Roman Coppola and Jason Schwartzman, makes it clear that the Whitmans are cultural outsiders. They seek to tap into the spirituality of India while being far too absorbed in their own egos to ever come close to understanding its people and their various cultures. They kneel to pray in a sacred temple, a row of candles framing their faces as they attempt to feel something transcendent. It isn’t long before they descend into petty bickering about ownership of a belt and control of passports. In another scene, the brothers bungle a ritual with a peacock feather after failing to listen to simple instructions. 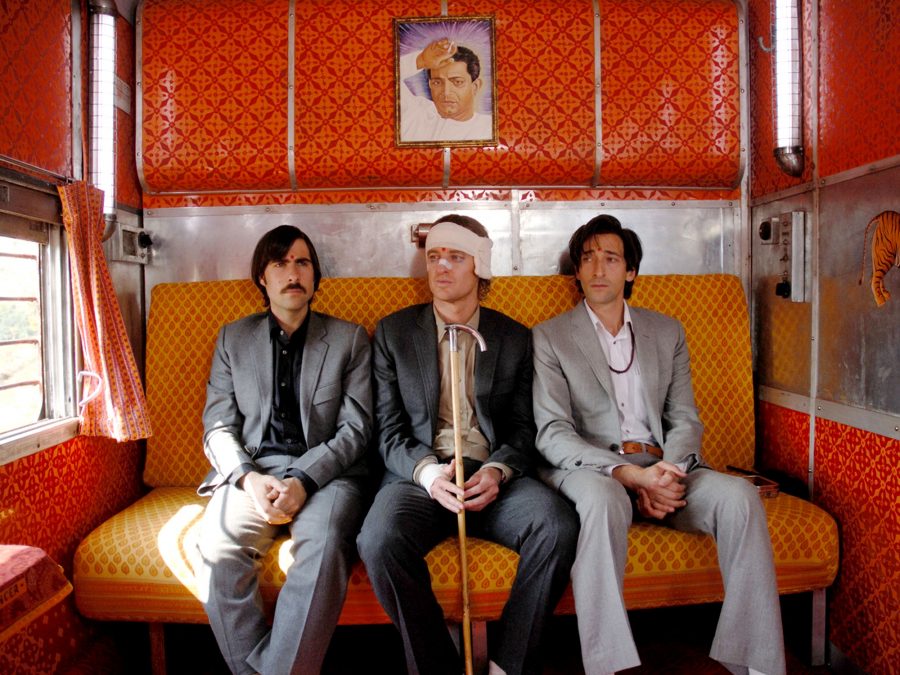 Critic Matt Zoller Seitz noted that The Darjeeling Limited is, “not about epiphanies, it’s about thinking you’ve had epiphanies.” The Whitmans anticipate enlightenment but find that their rampant individualism, cultural ignorance and disorganised travel arrangements blocks them at every turn. In spite of this, there are moments in the film that do touch upon the sublime, and the setting is partially responsible for the fleeting moments of emotional connection. By charting an actual train through the Indian countryside, and by employing a predominantly local crew, authenticity pokes through Anderson’s beautiful artifice.

One of the most striking shots in the film is a long zoom that shows the brothers emerging from a rickshaw into a busy marketplace, before following them around. It’s a chaotic, crowded shot that feels a world away from Anderson’s usual compositions. He allows the essence of India to invade the intricately detailed world he constructs within the train –  for all the brothers’ obliviousness, the country’s sheer force of character still manages to work its way into their carefully regimented world.

The film’s turning point revolves around the tragic death of a child and a brief stop in rural village, a world away from the opulent dining compartment of the train. The villagers, including an unforgettable Irrfan Khan as the boy’s devastated father, are treated not as exotic foreigners but with the same warmth and humanity as Anderson’s most cherished characters. The shot of Khan collapsing, grief-stricken, into the river is among the most powerful the director has ever filmed. In this moment, the brothers are completely disarmed, confronted with their own grief which they have been studiously avoiding up to this point. Francis’ itinerary could not possibly have prepared them for this.

The Darjeeling Limited is Wes Anderson at his most Wes Anderson. Immaculate production design, meticulous framing and offbeat dialogue are all present and correct, and it’s perhaps because of this that the film is unlikely to win many converts. Yet when the time calls for it Anderson relaxes his preoccupations, allowing the form of the film to meld perfectly with the various themes he explores. Even for a remarkably consistent director, it remains his richest and most remarkable work to date.