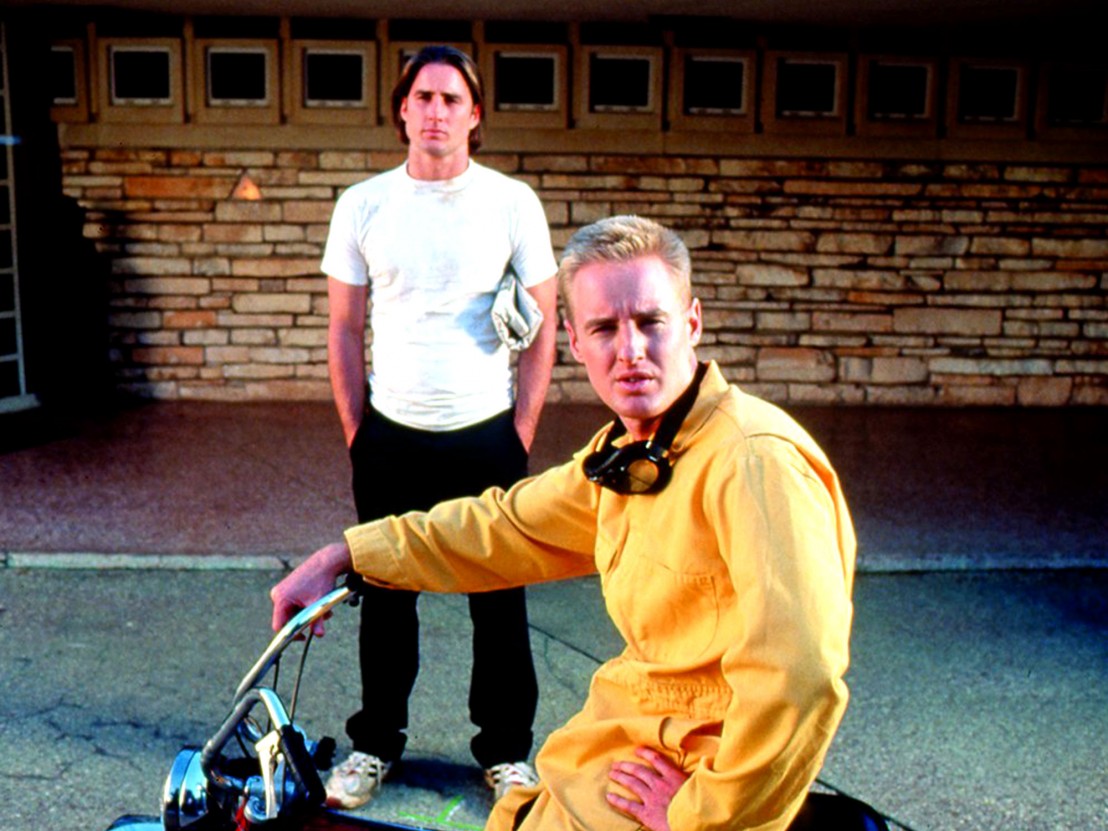 In a 2007 editorial for Esquire, Martin Scorsese named Wes Anderson “the next Martin Scorsese.” When Anderson was called up on the comparison in late 2015, he modestly played it down: “he said that a very, very long time ago. I don’t know if he feels the same way anymore.” However, Anderson did state that, “Everybody was hugely influenced by his work… he’s one of the reasons why I thought [cinema] is what I’d like to try do.”

Scorsese named Bottle Rocket, Anderson’s 1996 debut feature, one of his 10 favourite of the ’90s. It’s a film that perfectly demonstrated Anderson’s talent and unique visual style, and it also gave audiences the first of Anderson’s young misfits, a type of character that would remain at the forefront of his work. This breed of brash, irresponsible young man had been around in cinema long before Anderson arrived on the scene. Marlon Brando embodied this character in virtually every film he made during the ’50s. Yet perhaps the best example of the archetypal misfit is Robert De Niro’s Johnny Boy in Scorsese’s Mean Streets – which has the raw, unpolished energy of a debut despite bing the director’s third feature.

Johnny Boy is bursting to the brim with testosterone, willing and wanting to scrap with anyone who will have him, including his best friend Charlie. The film begins with Johnny Boy blowing up a mailbox, introducing him as both alarmingly dangerous and cool at the same time. Owen Wilson’s Dignan in Bottle Rocket isn’t quite as abrasive as Johnny Boy, but he does possess shades of his recklessness. Dignan is to Jonny Boy what Anthony (Dignan’s best friend, played by Luke Wilson) is to Charlie.

Charlie is protective of Johnny Boy, seeing him as a younger brother, due to his relationship with his cousin Teresa. “If I don’t help him who will?” he proclaims to a disgruntled Teresa, who is fed up of Johnny’s antics. Anthony too is sympathetic towards Dignan. When Dignan comes to Anthony with a proposition seeking criminal partnership, Anthony is at first reluctant, but takes pity on the yellow jumpsuit wearing, mini motorcycle riding man-child in front of him and reluctantly agrees. The youth may be reckless, but they are loyal.

Comparatively speaking, Bottle Rocket and Mean Streets are the closest films between the two directors. The displays of immaturity are evidently similar. The scenes in Bottle Rocket of Dignan buying a gun and letting off fireworks seem to echo those in Mean Streets of Johnny Boy screaming and threatening thugs with broken pool cues and shooting his gun on a rooftop declaring, “Watch this, I’m gonna shoot the light out of the Empire State Building.”

These displays of arrogance embody what it is to be young and careless and are the clearest link between Johnny Boy and Dignan. However, they are also their downfalls. Dignan seems to have his life of crime planned out, until his first big score goes drastically wrong and results in his arrest. For Johnny Boy, he waves a gun in the face of Michael, his loan shark and pays the price.

Perhaps the most obvious connection between Scorsese and Anderson is their use of popular music. Scorsese essentially created the popular music soundtrack and Mean Streets is a great example of this. Songs like ‘Be My Baby’ and ‘Please Mr Postman’ blend seamlessly into the action that surrounds them. Both directors are fans of The Rolling Stones, too – Mean Streets features both ‘Tell Me’ and ‘Jumpin’ Jack Flash’ whereas Bottle Rocket uses ‘2000 Man’. The Stones feature prominently throughout both the director’s careers and epitomise the notion of the youth. Johnny Boy’s entrance in Tony’s bar is perhaps the coolest scene ever shot. Drenched in red, De Niro swaggers towards a concerned Charlie in slow motion to the tune of ‘Jumpin’ Jack Flash’. Slow motion tracking shots like this are trademarks of Anderson’s style.

The phrase ‘the world is yours’ has never been more prevalent than to these characters, as pursuing this ideal leads to incarceration and injury for Dignan and Johnny Boy respectively. Anderson has championed an audacious, anarchic kind of youth in many of his other films: Rushmore’s Max Fischer, The Royal Tenenbaums’ Margot Tenenbaum and Suzie Bishop and Sam Shakusky from Moonrise Kingdom are all variations on a concept that was so eloquently personified by Scorsese’s Johnny Boy back in 1973.