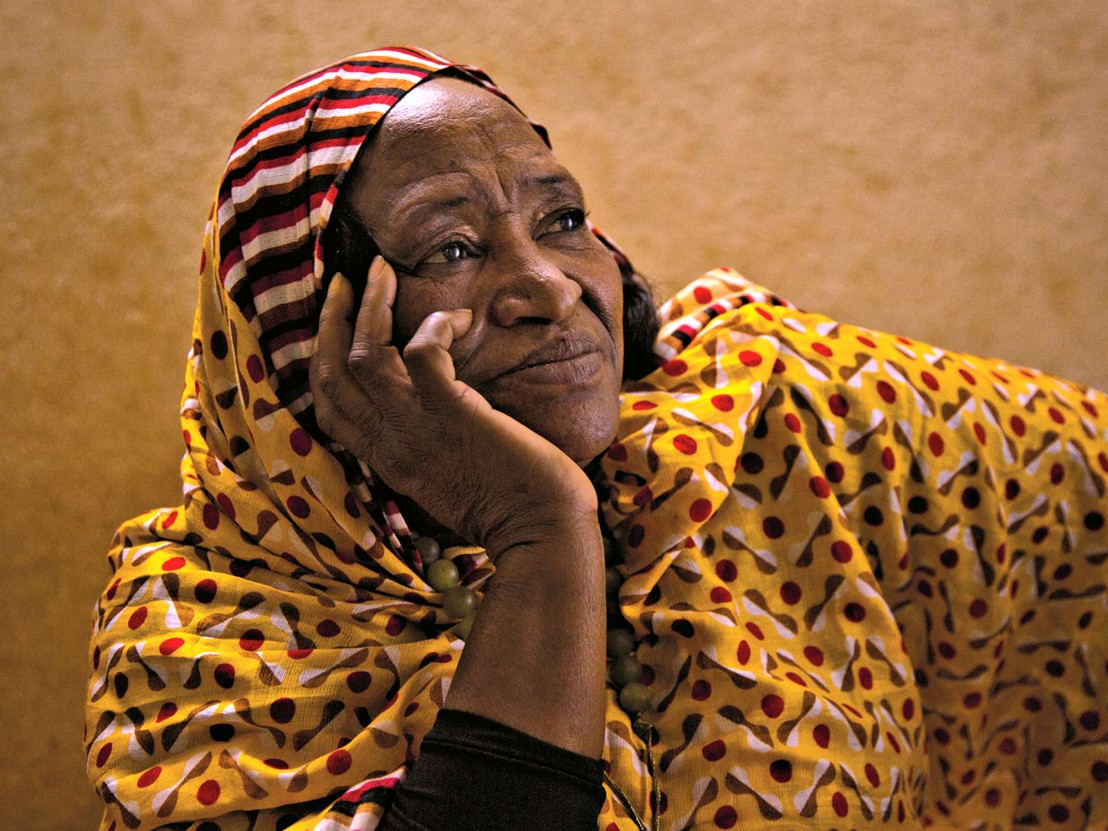 At a recent event on African film in Parliament, David Somerset, curator at the British Film Institute, said he encountered huge difficulties sourcing film and archive footage from Africa; hardly surprising considering that for centuries Westerners have been the ones holding the camera, telling Africa’s story. As Somerset puts it, “Africa doesn’t own its history, its archives.” Yet today Africans are more in control of their own narratives than ever before, and the film world is taking note – in May, the Cannes Film Festival selected its first ever Ethiopian and Ivorian films, while an African has become the first ever non-European to curate the Venice Biennale.

Further evidence of this cultural explosion can be found at the annual Film Africa festival, which showcases contemporary film talent from the continent. The “Othering” of African subjects is the ambitious theme of Kivu Ruhorahoza’s Rwandan film, Things of the Aimless Wanderer. ‘Mzungu’ (‘they who wander aimlessly’) is what East Africans have been calling Europeans since the 18th century, when they first encountered their pernicious explorations into their lands. Ruhorahoza’s feature criticises the foreign correspondent – symbolised by a strikingly Aryan man, who narrates with superiority and condescension his judgements of the people of a remote African town. The opposite symbol is that of the black man, violently resisting this outsider’s monopoly on opinion, a colonisation by words which threatens his world. Their rivalry is played out not in its own right, but over a female body (“So often, the female body is a battlefield”).

Ruhorahoza insists the film is not feminist, (“It’s not my place to make a feminist film,” he tells LWLies) and certainly it is not straightforwardly so. It is a film about possession of the coloniser over the colonised – exercised through brute force and the less visible disciplinary systems of international media. It is about the sudden and violent transition from tradition to modernity, reflecting the botched exit from Rwanda by the Belgians. We do not know what happens to the woman, who disappears after an encounter with the journalist. Different hypotheses to her disappearance, based on real events in Kigali, are explored in a jagged narrative patchwork which is bathed in a mesmerising soundscape.

The only character endowed with narrative power is the journalist, and his inner voice has the last word. But the film ends with a flash: the black man aims a camera at the viewer, turning the tables on us. We are now the subjects. Ruhorahoza emphasises the difficulty of getting his film seen in Rwanda. Rwanda’s cinemas only show popular blockbusters and Bollywood films, and the taste for arthouse films is not yet there. Of the ‘African film rising’ narrative, he says: “I don’t think we can talk about African film rising there’s no overarching movement or institution backing this. It is rather individual African filmmakers who are rising, by hustling.”

Philippe Lacôte’s Run, which follows its eponymous protagonist as he attempts to escape his surroundings, seems directed entirely by chance. “Not exactly,” Lacôte tells LWLies. “Run is a young man who doesn’t completely choose what happens to him. This may seem strange here in Europe where everyone has the feeling of being in control of their lives, but it is a reality for many of the youth in my country.”
The film opens with Run shooting the President. He earns his name being buffeted from place to place in a chaotic and lonely substitute for an upbringing. Accidentally joining the Young Patriots, a militia-cum-gang, he is drawn into the centre of a political whirlpool, which brings him to the edge of death and then back to where we started – the assassination.

Lacôte is French-Ivorian, and Run captures the upheaval in his Cote d’Ivoire between 2011 and 2012. The country was rocked by political violence after Laurent Gbagbo’s election win was thrown into doubt. Xenophobic killings were the outcome of long-bubbling tension and labelling of outsiders under the guise of a nationalist concept of ivoirité – Ivorianness. Politicians instrumentalised ivoirité to exclude political enemies based on their ancestry – a futile attempt at delineating clear identities in the Ivorian melting-pot of centuries-long regional migration flows.

Filming so soon after the conflict, Gbagbo militants accused Lacôte of creating divisions. His characters are drawn from real life, making them sit uneasily with Ivorians recovering from this wave of divisive violence. Despite this, Run has been well received in Cote d’Ivoire. On it being selected as the first ever Ivorian film to screen at Cannes, Lacôte says he hopes it was because the film is beautiful.

Good documentary filmmaking erases the director entirely, putting those in front of the camera first. They Will Have to Kill Us First gives the voice of Malian musicians in exile centre stage. The film focuses on Songhoy Blues, a band who owe their existence to their meeting in a refugee camp after fleeing the jihadist takeover of a northern Mali area larger than the UK and France. The jihadists banned music, unwittingly gifting Malian musicians the ultimate protest weapon.

The problem of entertaining while informing and campaigning is a perennial one. “One of the beauties of telling this story through the musicians and the industry,” Schwartz says, “is that it’s a tangible window through which you can open up a complex, horrific issue.” Her film will be screened in Mali once she is sure the musicians’ safety will not be jeopardised as a result.

There’s a pressure to be the standard-bearer for a whole country when you’ve made the first-ever Ethiopian film to be selected for Cannes. Yared Zeleke says he didn’t feel this pressure, but hoped to tell a story from his perspective. Zeleke had to flee Ethiopia as a child during the Ethiopian-Eritrean war, and his film, Lamb, tells of a young boy dealing with losing and being lost after a drought forces his father to send him to live with distant relatives. Ephraim’s closest friend in this upheaval is his lamb Chuni, whom he must kill at the Feast of the Holy Cross in order to become a man. Tsion, his rebellious cousin, helps him resist the family’s attempts to kill his best friend.

“Tsion, the girl, is my hope for the future,” says Zeleke, emphasising how shy girls are taught to be in his home country, and what a rare energy he saw in 16-year-old Kidist Siyum who plays her. She and Rediat Amare, the 14-year-old who plays Ephraim, left Ethiopia for the first time to attend the Cannes screening earlier this year – one of the more extreme ways to be introduced to Europe.

The film is a love letter to Ethiopia, its rich purple and green cloths and ancient gastronomy. Lamb is in Amharic. “No one there speaks in European languages,” says Zeleke. “It could never be in a European language. Period.” Global audiences are increasingly challenging the stereotype that they’re loath to watch films in foreign languages, and African directors should take advantage of the opportunity to showcase their stories in the language they’re lived in. Reaffirming African languages is an important step in the decolonisation of the moving image.

It may be true to say that these works represent the breadth of talent emerging from Africa, but they must not be pigeonholed as belonging solely to the continent; they are universal.