Incredibles 2 and the corporatisation of hope 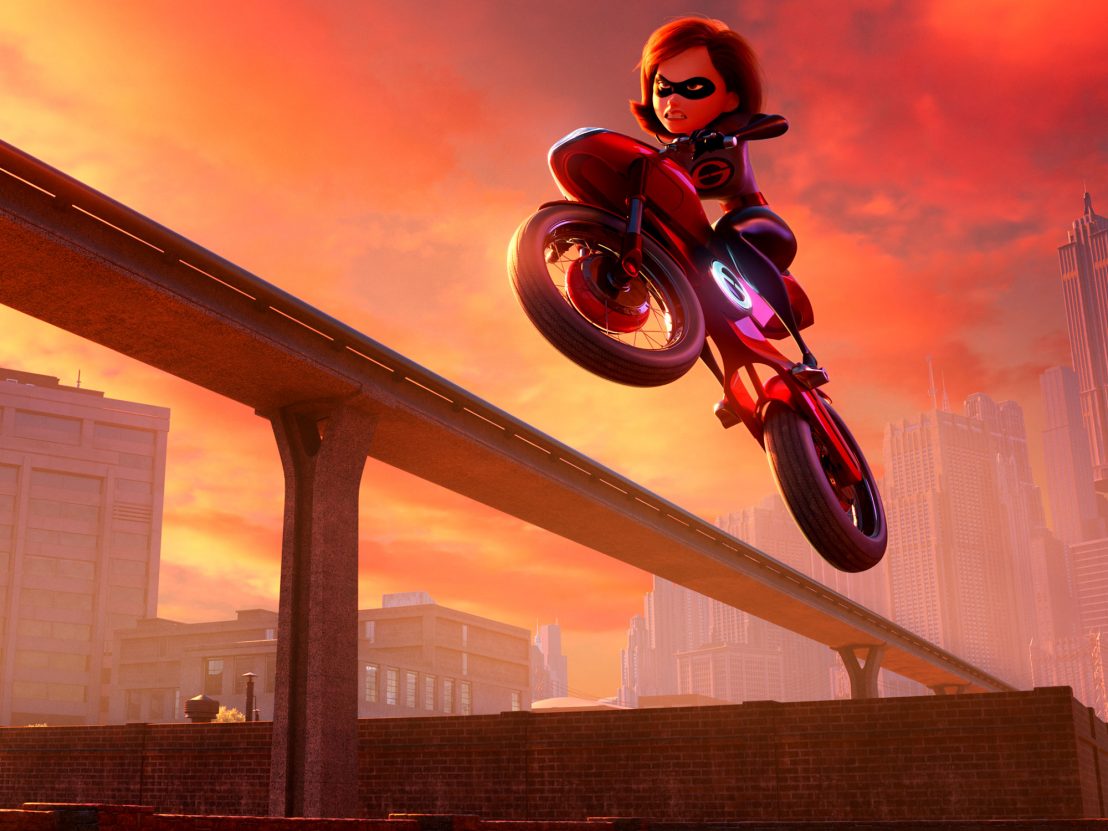 Entrepreneurial siblings Winston and Evelyn Deavor (Bob Oderkirk and Catherine Keener) perceive their shared origin story differently: their father was killed during a home invasion while calling “supers” Gazerbeam and Fironic. Winston blames his father’s death on the Superhero Relocation Act (SRA), a law banning superheroes, while Evelyn believes her father’s blind hope that someone else will deal with our problems caused his death. To her, hope is cruel, it makes us too passive to protect ourselves.

The siblings play an important role in Incredibles 2 as they elect Elastigirl/Mrs Incredible/Helen Parr (beautifully voiced by Holly Hunter) to spearhead a publicity campaign designed to “bring supers back”. Mrs Incredible is rightly chosen over her husband, Mr Incredible/Bob Parr (Craig T Nelson) because the siblings know Bob’s recklessness only damages the ‘super’ brand even more. As a marketing expert, Winston understands the way the message is packaged is more important than the message itself. From one event, there can be multiple interpretations and Winston believes his plan is the best way to convince civilians superheroes are needed and restore hope in heroics.

Director Brad Bird has always fought against the idea that animated movies are strictly for kids, and there is a clear political undercurrent in both The Incredibles and Incredibles 2. Both films draw on Bob’s glory days as a strapping young superhero, shown briefly in the prologue of the first film. The opening 10 minutes are saturated with superhero iconography, from the ‘Incredimobile’ to the spandex costumes to a cat stuck in a tree. It is everything you might expect from a Saturday morning serial or the latest Marvel Cinematic Universe expansion pack.

These superheroes sell cereal boxes and toys, and Bird introduces an audience surrogate in the form of Buddy Pine (Jason Lee), the self-proclaimed “number one fan” of Mr Incredible, who, like the kid queuing for the next Spider-Man movie, has apparently purchased everything patented, packaged and sold to him with his idol’s face on. Buddy puts his hope in Mr Incredible, only to have to shoved back in his face. 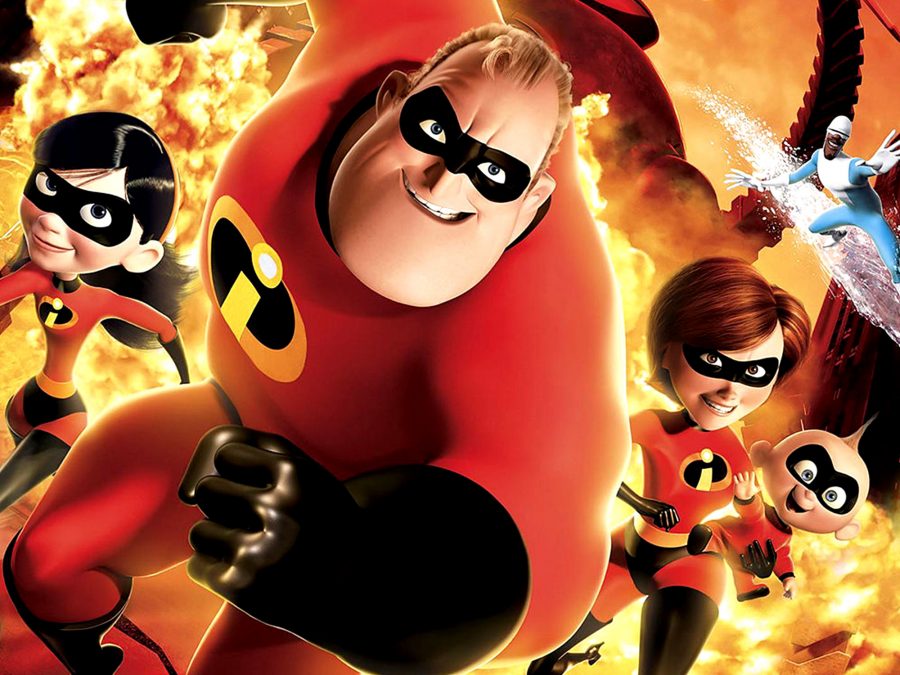 Superheroes are presented as brands both in this fictional animated setting and our own real world. The costumes that seemingly appear out of nowhere in most superhero movies are here designed by Edna Mode (voiced by Bird himself), who makes clear in the sequel that she expects payment to be the Incredibles’ exclusive designer. Edna’s inclusion and her preemptive decision to design a new costume for the in-hiding Parrs reveals an unease between public and private enterprise.

In both films it is suggested that superheroes’ livelihoods are determined by their heroics and that in turn their heroics are a means of growing their personal brand. The SRA’s introduction effectively kills an entire industry, and as G-man Rick Dicker (Bud Luckey) suggests in the sequel after the government pulls the funding for the SRA, “Politicians don’t trust anyone who does a good thing because it is right. It makes them nervous.”

The original introduction of the SRA in the first film saps the world of hope and turns the Golden Age into a distant memory for Bob. He is now a paunchy middle-aged man working a desk job for an insurance company. Bird desaturates the colour palette from the honey dew tones of Bob’s nostalgic memory and presents the post-SRA scenes in muted shades of grey. This new world is one where people actively ignore everyday crimes, like mugging, and dismiss decency if it detracts from the bottom line. From Bob’s perspective, government control is damaging, and he is too distracted by his malaise to notice that his family is his greatest adventure.

Mr Incredible’s distrust in the first film, and Mrs Incredible’s decision to break the law in the sequel, gives these films a fascinating anti-authoritarian streak. This is nothing new in superhero cinema. In Batman Begins, Bruce (Christian Bale) becomes Batman because he believes the GCPD is ineffectual. Even though the Incredibles’ eventual victory opens the film up to some thorny political readings, those who never lost faith have their feelings towards superheroes and their specific role in society ceremoniously reaffirmed.

After the release of the first film, Bird dismissed accusations that it effectively amounted to Ayn Rand propaganda, telling writer Michael Barrier “it’s nonsense”. Ignored extraordinariness is part and parcel of the genre, often positioned as a metaphor for various civil rights movements. The X-Men franchise’s agenda is more explicit in this regard, and Superman is arguably the definitive immigration story in American culture.

The X-Men, Superman and the Incredibles could destroy us with a flick of their fingers, but they choose not to. It’s a disconcerting thought that hope should be drawn from the fact our protectors don’t harm us, but this old-fashioned mode of heroism is still potent. Heroes don’t just exist to save the day – as Incredibles 2 shows through its new cast of supers including Voyd (Sophia Bush) – they serve to inspire outside of their status as branded entertainment or conduits for governmental policy. Bird, through Mrs Incredible, proposes that everyone is special if they do the right thing. It doesn’t matter how it is packaged. 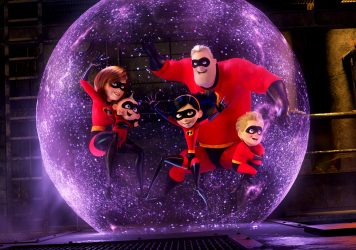 Family remains very much at the heart of Brad Bird and Pixar’s animated superhero sequel.