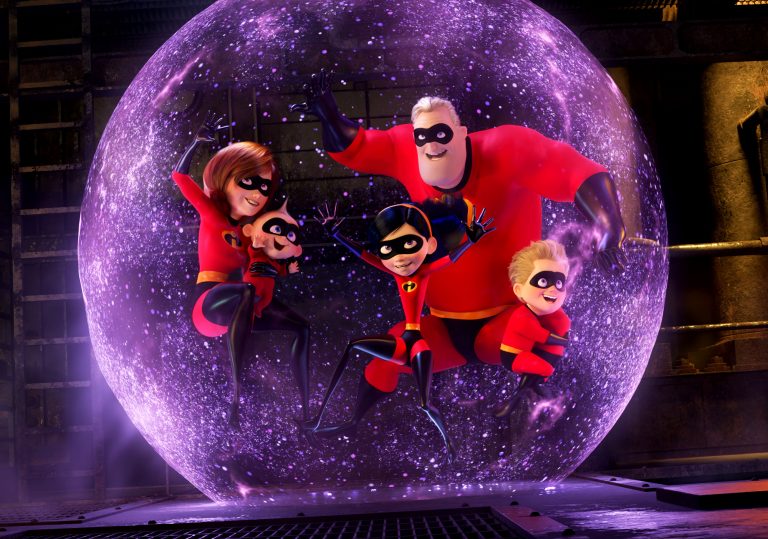 After a 14-year wait, the Incredibles are back!

It’s good, but far from super.

If you like nostalgia, this is the film for you.

Family remains very much at the heart of Brad Bird and Pixar’s animated superhero sequel.

When the Incredibles burst onto our screens in 2004, this unruly clan of superpowered middle-Americans instantly struck a chord with audiences around the world. It seems strange, then, that it’s taken this long for Pixar to capitalise on their popularity, especially given that in the interim three Cars films have been released. Promisingly, this sequel picks up right where the original left off. As in, seconds after the conclusion of The Incredibles.

Pixar are no strangers to taking calculated risks, but reuniting us with the Parr family exactly as they existed 14 years ago feels like a safe move. Incredibles 2 relies heavily on millennial nostalgia, which perhaps was to be expected – those who were children when the first film came out may well have kids of their own now. When Bob “Mr Incredible” Parr (Craig T Nelson), Helen “Elastigirl” (Holly Hunter), Violet (Sarah Vowell), Dash (Huckleberry Milner) and baby Jack-Jack (Eli Fucile) appear on screen – frozen in time – it’s a cosy, Disney-fied suggestion that nothing has changed. Except, everything has.

As superheroes are once again outlawed, one character remarks sagely, “Politicians don’t understand people who do good just because it’s right. Makes ‘em nervous.” The us-and-them dynamic between superheroes and politicians has been played out time and time again in cinema, with The Dark Knight and Captain America: Civil War among the notable recent examples. In Incredibles 2, Winston Deavor (Bob Odenkirk), an eccentric Elon Musk-type billionaire, attempts to persuade the public that they need superheroes by positioning Elastigirl as the poster hero, showing her crime-fighting antics from her perspective through the use of body-mounted cameras. 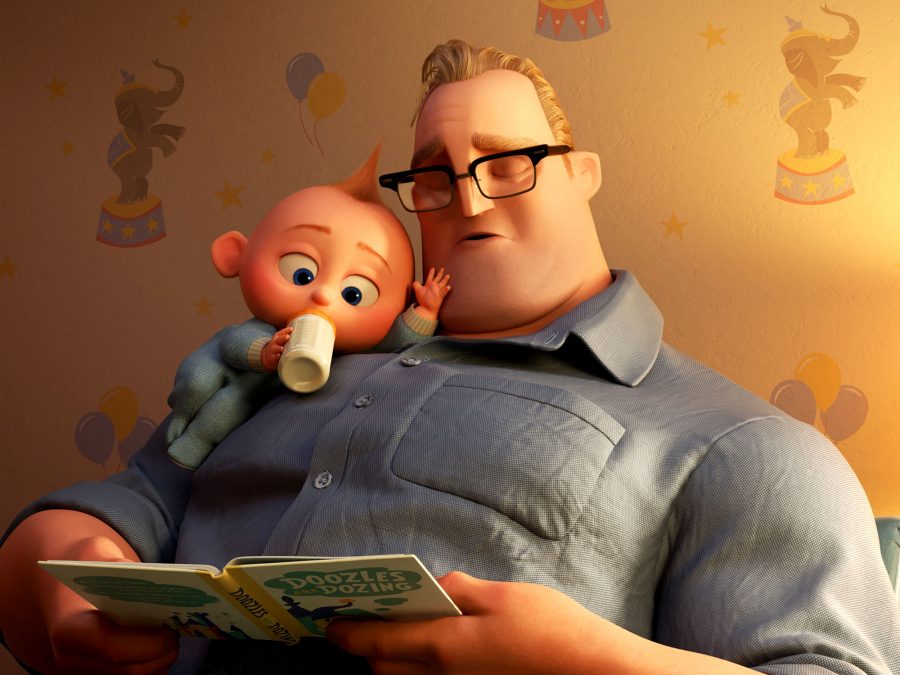 Coincidentally (or not) a new villain soon emerges, intent on exploiting society’s reliance on technology for nefarious ends. “Superheroes are part of your desire to replace experience with simulation,” he growls. Sitting in a cinema watching a computer-animated film about a family with incredible powers, one has to wonder if ‘The Screenslaver’ might have a point.

A confrontation between Elastigirl and The Screenslaver makes for one of the film’s standout scenes, taking place in a pitch-black room lit by bright strobe lighting. More formally ambitious that anything Marvel or DC have thrown together recently, it’s a genuinely impressive moment – as awe-inspiring and groundbreaking as the water in Finding Nemo, or Sully’s fur in Monster’s Inc.

Meanwhile, with Helen out saving the world, Bob is left holding the baby. He’s not thrilled about this, as his whole identity seems to be rooted in his super powers and persona as Mr Incredible. He also believes that he is a better superhero than his wife, and is dumbfounded by the suggestion she could be the one to change the public’s perception of superheroes. He struggles to adapt to life as a stay-at-home dad, unable to comprehend Dash’s homework, or Violet’s boy trouble, or get his head around Jack-Jack’s nascent powers. This only really serves to highlight that Helen Parr is a saint, given that she’s managed to raise a surprisingly functional family while maintaining her super identity. 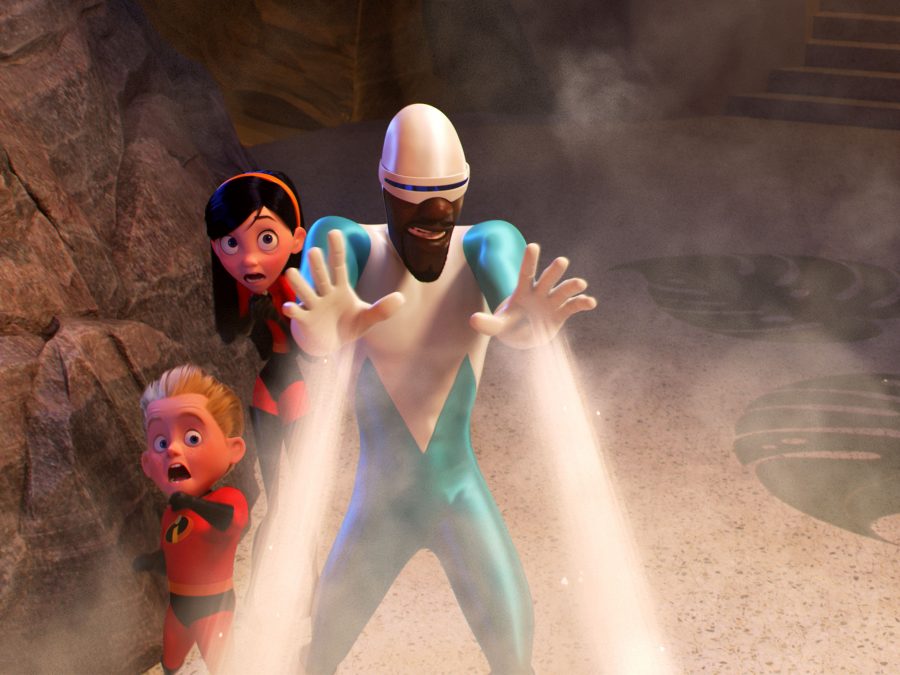 Still, Bob calls in the reinforcements, old pal Frozone (Samuel L Jackson) and Edna Mode (Brad Bird), to help him stay on top of things. There’s a surprising amount of character development for old Bob, who at one point confides in his daughter, “I just wanna be a good dad.” He stays up all night learning how to do Dash’s homework correctly so he can help him out with it. Family remains very much at the heart of Incredibles 2, and that’s where the film’s strength lies.

This is not a perfect film by any stretch. Its predecessor had a better villain with a more compelling backstory, and Violet and Dash are particularly short-changed in terms of their respective ‘boy trouble’ and ‘math homework’ subplots, but there is an undeniable charm and warmth about it all the same.

Craig T Nelson and Holly Hunter in particular are on top form, and the laughs are genuine and well-earned (a scene involving Jack-Jack and a raccoon is a masterclass in physical comedy). As an extension of its source material – and as a comedy about a family that just happens to save the world – Incredibles 2 works just fine, leaning into collective nostalgia to ensure its record-smashing box office figures. It’s just a shame director Brad Bird doesn’t bring anything new to the table in the vein of Inside Out or Coco.

After a 14-year wait, the Incredibles are back!

It’s good, but far from super.

If you like nostalgia, this is the film for you.