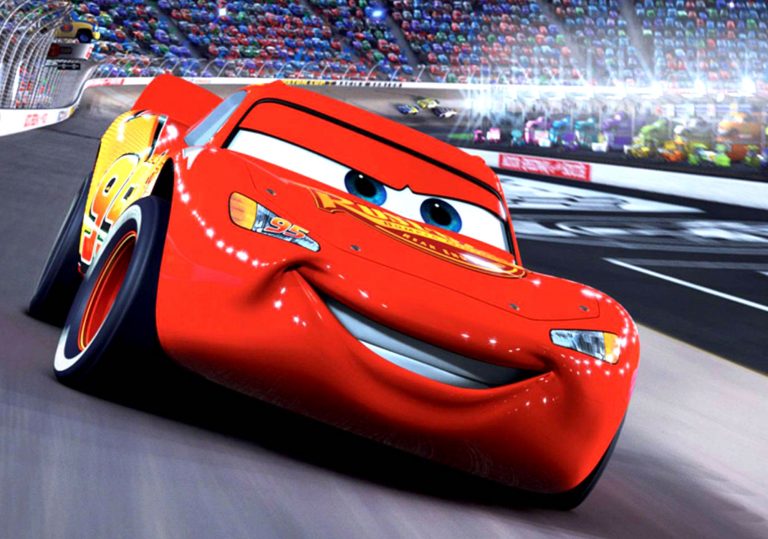 Amusing and visually stunning but crass and predictable. It’s a failure.

It’s dubious stereotyping will stick with you like the smell of petrol making your nose itch.

John Lasseter has described the film as ‘a present to the world’. You might want to keep the receipt.

Choirs of angels take to the skies; the hallowed vaults of Pixar have been thrown open and the world weeps in awe. That’s how it feels as the Emeryville giants lead their latest offering out of the garage. Its predecessors – Toy Story, Monsters, Inc, Finding Nemo and The Incredibles – are a flawless canon of modern classics. But they cast a giant shadow from which Cars never truly emerges.

The conceit must have seemed so brilliantly simple. Imagine a world populated entirely by cars – they own hotels, run garages, read the news. And they race. It’s the climax of the Piston Cup and Lightning McQueen (voiced by Owen Wilson), a hotshot young rookie, is in the running for the championship. There’s one more race to go before his dreams of girls, glory and primo-gasoline are realised, but on the way to the track he’s marooned in the Hicksville town of Radiator Springs, slap bang in the desolate dust bowl of Route 66.

What follows is, well, not really all that surprising – an array of oddball townsfolk teach our young hero important life lessons and yadda, yadda, yadda, he ends up a wiser, better person. But you’ll forgive Cars its moments of predictability because it’s such a sumptuous spectacle. From the subtly shifting sunlight dancing across paintwork, to the eye-popping virtual camerawork at the racetracks, Pixar have taken the bar and simply tossed it away. Game over.

What’s less easy to digest is the jarring parochialism on which the enterprise is built. The sad grandeur of Radiator Springs stands for a whole generation of highway towns that were lost when the interstates cut off the life-blood of traffic passing through America’s interior. But as with NASCAR and its Red State fanbase, this is a peculiarly American milieu rooted in nostalgia and contempt for progress. It doesn’t travel well. It’s hard to care about these cars or their regressively dull sport in which they circle a track for 300 laps in the same direction.

That’s the thing: they’re just cars. Finding Nemo wasn’t a film ‘about’ fish anymore than The Incredibles was a film ‘about’ superheroes – they went much further and touched on issues much deeper than a simple storyboard concept would have suggested. But here, the cars are very much the stars, lovingly rendered and beautiful designed, but too mechanical to possess a real heart.

On top of that, the concept is flawed. The idea that certain types of cars fulfil certain types of roles is ethically dubious and morally objectionable. It leads to lazy racial stereotyping (a Ferrari-mad Italian Fiat? Really, Pixar?) and worse. Witness Sally, a Porsche and LA lawyer living the high life. Presumably she didn’t choose to become a Porsche after high-school – she was born that way and was thus destined to live a life of privilege; as opposed to Mack, Lightning’s 18-tonne truck born into back-breaking servitude. Presumably the Civil Rights Movement got stuck in traffic.

Despite the humour, the attention to detail and an arsenal of in-jokes, these blunders stand out because slowly but surely they break the spell of Pixar’s magic. Cars just doesn’t work. It’s a great idea, but it hasn’t been realised onscreen.

Amusing and visually stunning but crass and predictable. It’s a failure.

It’s dubious stereotyping will stick with you like the smell of petrol making your nose itch. 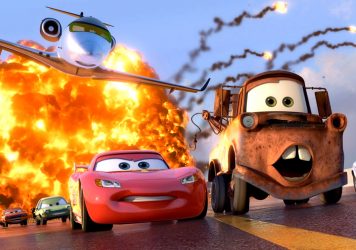 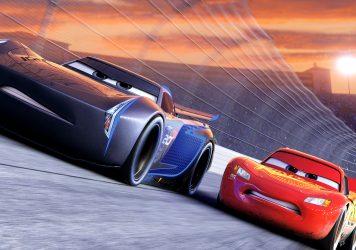 This latest Pixar sequel is a digitally-rendered blockbuster which celebrates the joys of the analogue world.