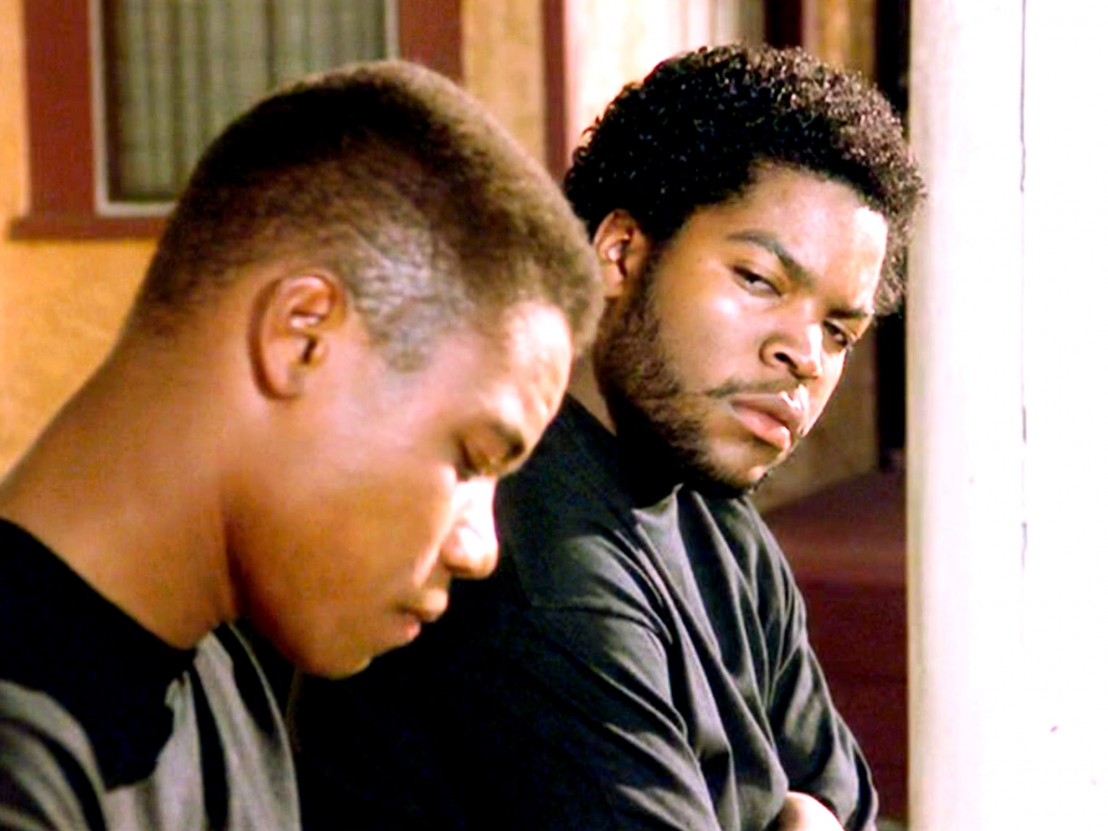 In the summer of 1991, while multiplex screens were fizzing and popping with Hollywood productions like Terminator 2: Judgment Day, Robin Hood: Prince of Thieves and The Rocketeer, Boyz n the Hood arrived as a stunning counterpoint. The film’s focus on young African-American lives in South Central Los Angeles provided audiences a deeper understanding the story’s setting, and in doing so, it reminded us that the narrower the frame of reference, the more universal a story can become.

Boyz n the Hood was the feature debut of screenwriter/director and USC film school graduate John Singleton. It was released on 12 July, just a few months after the Rodney King beating at the hands of the LAPD – an event that had been recorded on video and subsequently charged the city with a current of civil unrest and violent retaliation. Singleton hails from South Central, and he has made the point in the intervening years since the film’s release that, “Nobody was making movies about what we were going through.”

Boyz n the Hood made $56 million at the box office from a budget of just $6 million, and Singleton was nominated for two Oscars, for Best Director and Best Screenplay. The film also made an impact at its premiere at the Cannes Film Festival, much like Spike Lee’s Do the Right Thing two years prior. And like Lee’s seminal film, Boyz n the Hood showcased a cluster of new faces: Cuba Gooding Jr, Ice Cube, Regina King, Morris Chestnut and Angela Bassett.

Along with Thelma & Louise, Singleton’s film was the second film of that summer to spark a flashpoint for cultural debate in the mainstream media. It’s also worth noting that Lawrence Kasdan’s Grand Canyon, which similarly picked up on the social tensions occurring in Los Angeles at the time, was released later that year.

Boyz n the Hood does a lot with the concept of belonging. Crucially, the film’s opening sequence depicts a moment in which a 10-year-old boy, young Tre Styles, whose story we return to in his late teens, stands at the front of his school class and delivers an impassioned speech explaining something of the relationship between Africa and America. In other respects, the film follows a classic coming-of-age template, telling the story and twists of fate experienced by Tre and his two closest friends, stepbrothers, Doughboy and Ricky.

Tre lives in Crenshaw with his dad, Furious, and it’s fair to say that the name is spot on; here is a character driven by anger at how his African-American community is being treated. There’s a great scene in which Furious stands on a street corner in his neighbourhood explaining to Tre and Ricky the idea of gentrification and the fragility of the African-American community. A crowd quickly gathers and listens to Furious join the dots and make sense of the situation and the threat it poses. Furious is the bedrock of the film as he grapples with how best to guide and nurture Tre.

Rewatching Boyz n the Hood recently prompted me to think about Ta Nahesi Coates’ book, ‘Between the World and Me’, in which he relates his experiences of growing up as an African-American man. Coates’ writing discusses, to a significant degree, what Singleton’s film dramatises. (For any comic book readers out there, Coates has also written a new series of Black Panther comics for Marvel that’s well worth checking out.)

Boyz n the Hood wasn’t the only African-American narrative to grapple with issues of identity and race in 1991. Later that year the video for Michael Jackson’s single ‘Black or White’ was released. A second single from Jackson’s ‘Dangerous’ record, ‘Remember the Time’, followed. Its accompanying video told a story set in Ancient Egypt. Singleton directed it, and in its images of a clearly movie set version of Ancient Egypt, the video brings us full circle, right back to Boyz n the Hood and that opening sequence in which young Tre makes his voice heard in class.

There’s a satisfying storytelling symmetry to Boyz n the Hood and it focuses on written words: the film begins with an image of a road sign that reads ‘Stop’ and ends with three words that echo as loudly now as they did 25 years ago: “Increase the peace.”