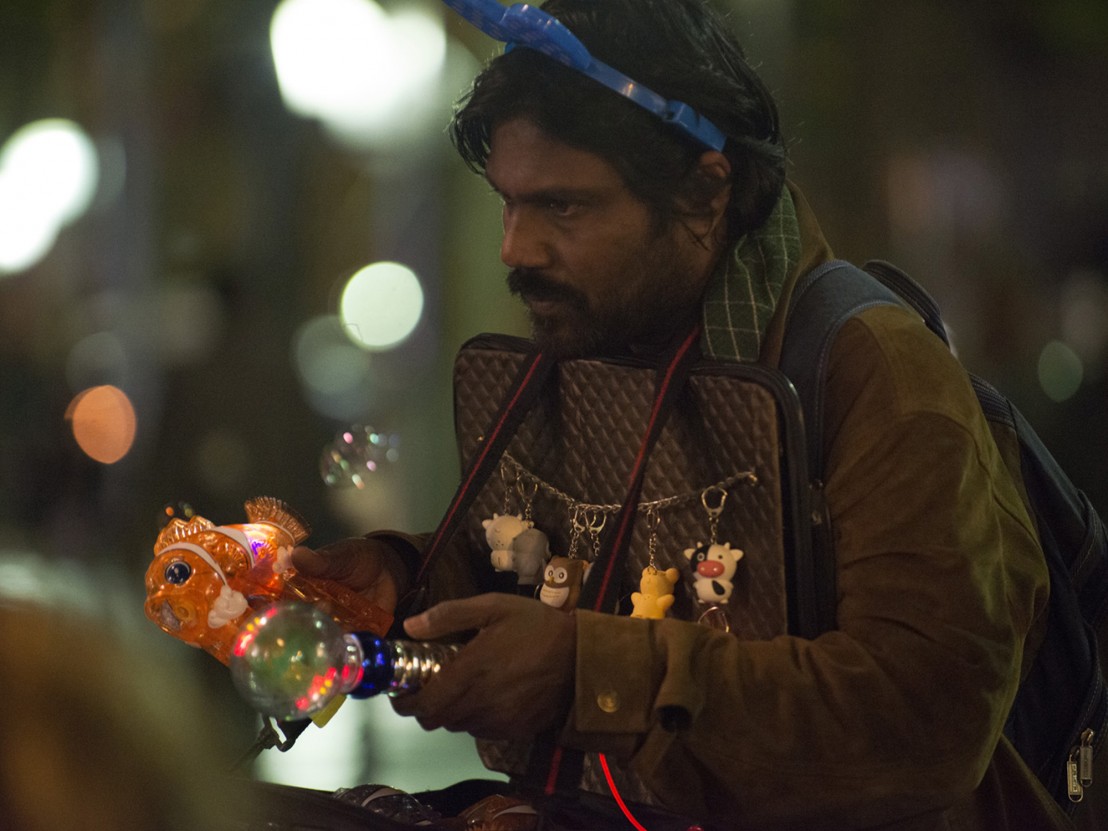 Europe is in crisis. Ever since the 2008 global financial crisis, various EU member states have seen unemployment rates soar, and massive debts stemmed by government-imposed austerity measures. Yet during the same period, the film industry has flourished (at least at the top end of the scale). Tax breaks have enticed major Hollywood productions like Avengers: Age of Ultron and Guardians of the Galaxy to the UK, leading to the surreal moment where the Chancellor of the Exchequer, George Osborne, was personally thanked in the credits of Star Wars: The Force Awakens. Aside from the media frenzy surrounding these tentpole releases, however, the cinematic response to austerity across Europe has been far more scathing.

Miguel Gomes’ Arabian Nights opts to attack austerity using absurdism, with fables loosely based on the eponymous book, spicing up a potentially dry topic. The director’s broad approach draws some fascinating conclusions, linking financial austerity to a lack of sexual appetite and wittily suggesting that any pan-European progress on improving our economies gets lost in translation. But it’s a sequence in the film’s second part that is most intriguing.

An evening trial begins in an amphitheatre, with a mother and her son accused of selling the contents of their rented flat. The case seems straightforward enough, but with the judge poised to deliver a sentence, a third party takes the stand and complicates the issue. Like a farcical legal version of Spartacus, the sequence continues with victim after victim standing to deliver new evidence. Some of the perpetrators have committed their crimes because of greed (or, in a prime example of the film’s absurdism, a rogue genie), but most have done so because of poverty.

There’s the mother and son forced to sell their belongings to clear a debt; the deaf woman who acted as a go-between in the sale of some stolen cows because her ex refused to pay child support; and the man who stole her wallet because he couldn’t afford to eat. Gomes suggests that austerity and unemployment don’t just impoverish individuals, but risk creating a butterfly effect. When those too poor to pay their way find inadequate support from the state, the only option left for them is crime. Their victims are often equally impoverished, creating a situation where those struggling the most are pitted against each other. 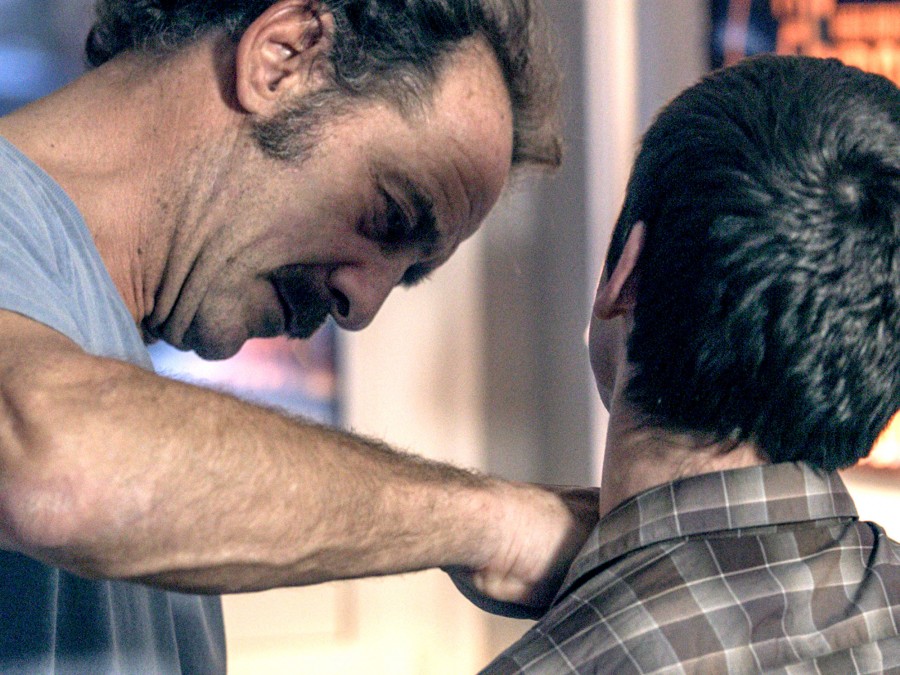 Perhaps France’s clearest response to European austerity is Measure of a Man, directed by Stéphane Brizé. It tells the story of Thierry, a recently unemployed factory worker struggling to make ends meet and support his wife and son. Vincent Lindon is astonishingly good in the lead role (he won the César Award and Best Actor prize at Cannes last year). He is an ordinary man – humble and kind – who like countless others across Europe finds himself unemployed despite his best efforts.

Lindon’s performance is most powerful in the series of riveting dialogue scenes that punctuate the film. They form strange, desperate negotiations: between Thierry and the government worker explaining why the training he’s just completed won’t actually help him get a job; between Thierry and the couple looking to buy his caravan at a cut-throat price; and between Thierry and the shoplifters targeting the supermarket where he eventually finds employment. Here, austerity is bleak – a crushing conversation where those who have nothing left to bargain with are forced to accept whatever the other party is willing to allow them. It’s a sound metaphor for government austerity politics across the continent, and it’s brutal to watch.

The implication of the supermarket scene is that those who sit one rung off the bottom are conditioned to kick away those below them. It’s a narrative you’ll find repeated across many countries in response to recession, particularly in the UK where recent governments have framed austerity as a simple ‘workers’ vs ‘shirkers’ issue. We’re told that if you’re poor and require benefits, it’s because you’re somehow not working hard enough. Whereas if you’re doing well enough that you don’t depend on the state, you’re a striver.

The conflict between the poor is even more explicitly dramatised in another major recent French release. Jacques Audiard’s Palme d’Or-winner, Dheepan, stages the battle in an even more politicised and racialised setting, revolving as it does around a makeshift refugee family from Sri Lanka. Dheepan (Jesuthasan Antonythasan), his ‘wife’ Yalini (Kalieaswari Srinivasan) and his ‘daughter’ Illayaal (Claudine Vinasithamby) are unrelated, but form a surrogate family in order to escape the Sri Lankan civil war and start a new life in France. The irony is that they end up in a grim council estate on the outskirts of Paris, where a different kind of criminal violence is common.

Like Thierry in Measure of a Man, Dheepan finds a menial job cleaning up around the tower blocks, bringing him into regular contact with local drug-running gangs. Once again the contrast between the working poor and the criminal poor is established, though this time it’s suggested that crime isn’t a harsh necessity but a risky yet lucrative option to escape poverty. There’s less ambiguity in Audiard’s vision, less sympathy for the criminals, and it is a decidedly more pulpy prospect. Unlike Brizé, Audiard isn’t trying to suggest that this is a common state of affairs, but instead shows us an extreme version of what the economic and migrant crises mean for people in France and Europe at large. The overriding impression is that Dheepan and his family are good people forced into desperate situations. His violent past and present are not mutually exclusive. 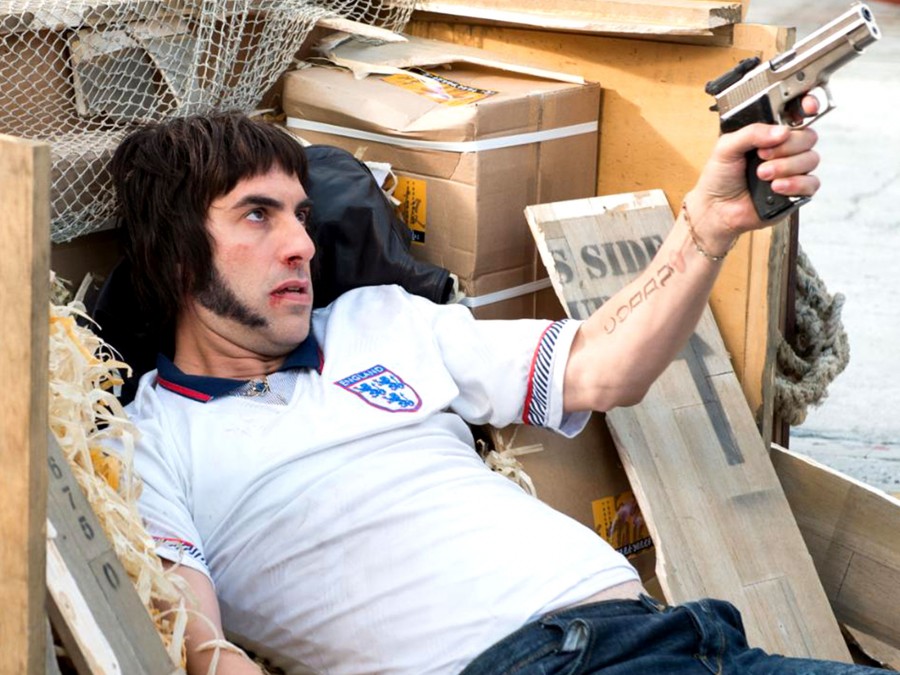 These films reflect a general feeling within the left-wing media that austerity disproportionately disadvantages the poorest in society. That no matter how strongly governments protest that ‘we’re all in it together’, it is typically benefits and jobs and local services for those most in need that are cut first. Cinematically, this sentiment has reached its most vociferous peak in the UK in the unlikely form of Kingsman: The Secret Service and Grimsby. The villainous schemes that drive both films can be bluntly summed up as: ‘kill the poor’. In Grimsby, this means a plot to infect the mostly working class attendees (the filmmakers’ assumption, not mine) of the World Cup Final with a virus, which they will then spread thus reducing overpopulation. In Kingsman, it means a lethal mobile sim card distributed to pretty much everyone except the richest and most powerful 1% of society. It couldn’t be any clearer that these brash, satirical action-comedies think this attitude reflects what’s happening in Britain today.

It’s also intriguing that both films rely on a James Bond-esque spy to lead the resistance. The filmmakers are calling on the white knight of British cinema, that most notorious and patriotic of film icons as the saviour of the working class. Though he’s an obvious choice of hero to invoke, it’s intriguing to note that the nationalism, sexism and racism that has plagued the character over the years might be indicative of another unwelcome trend in contemporary British society.

From Gomes’ absurd trial, to Brizé and Lindon’s brutal realism and Matthew Vaughn and Sacha Baron Cohen’s exaggerated spy spoofs, the message on European austerity is clear. When so many films comes along within the space of a year, all expressing a similar sentiment, it’s hard not to feel like they’re reflecting a subconscious continental mood. These filmmakers have made their statements. The question now is: will anything change?