Discover this classic ’80s slasher with a contemporary twist 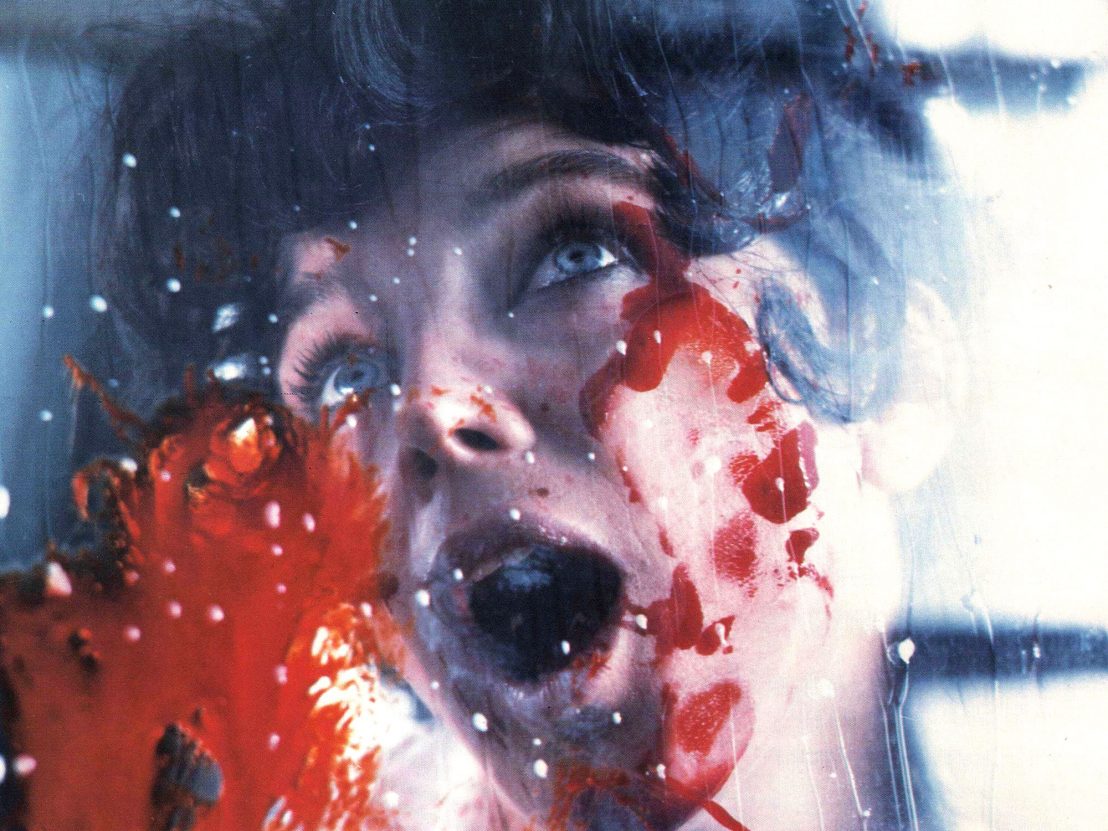 In the “quiet little town” of Paddock and its bigger, more urbanised neighbour Patterson, a masked figure is taking an axe to the female populace. First, a woman is attacked and killed in a car wash, and then another is terrorised by someone who leaves the freshly severed head of a pig in her bed.

“I want him captured!” insists Trevor (Conrado San Martin), the second victim’s husband. But Paddock’s police chief, Frank McIntosh (Fred Holliday), a small-minded, lazy man more concerned with his own record and reputation than with the growing threat in his town, only begins to take the case seriously after several more women are found hacked and stacked.

With its whodunnit frame and its regular murder set-pieces, Edge of the Axe presents itself as a classic slasher. Yet as the opening credits appear to be being typed in lurid neon green over the screen – with an old-school block cursor visible – it becomes clear that this film is not just looking backwards to a moribund horror sub-genre, but also forwards to the then nascent digital age, all in an attempt to refresh slasher tropes that, by the late ’80s, were already about half a decade past their use-by date. Here, in the absence of any willing, let alone competent, lawman to investigate the rapidly rising death rate, it is left to computers to play detective.

Computers are introduced by the main character, Gerald Martin (Barton Faulks), a keen-nosed out-of-towner and proto-geek who, helped by his local girlfriend Lillian Nebbs (Christine Marie Lane), uses these mysterious new-fangled devices, with their magical connectivity and their near omniscient ‘central terminal’ (“You can ask it anything you like”), to uncover hidden clues. 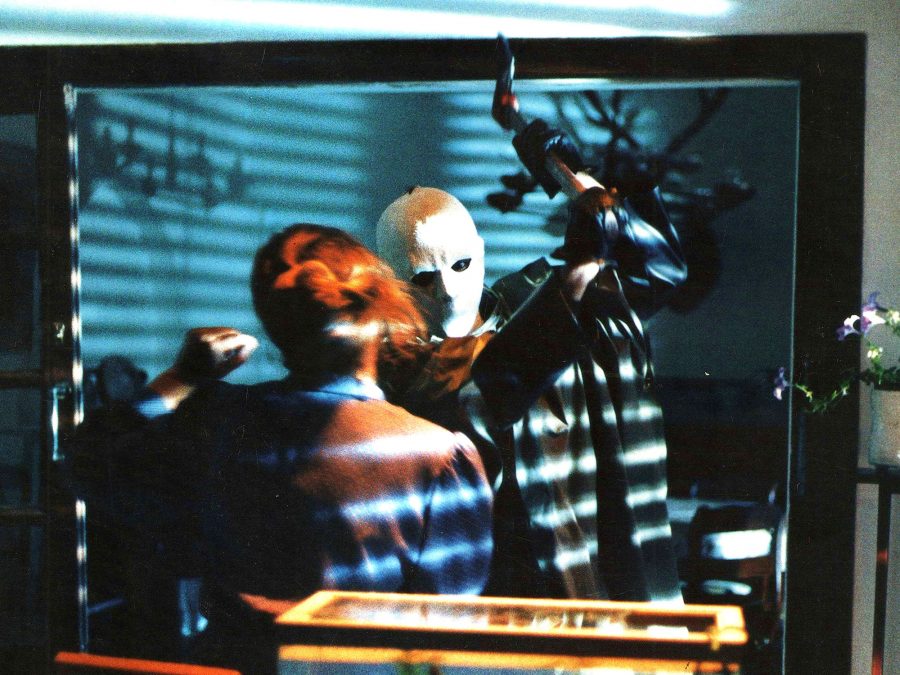 It is certainly a novel way of handling exposition and literally ‘connecting’ narrative dots, as the computers, with their (significantly) gender-neutral voice and their sublime lack of judgment, parcel out key information about characters’ backgrounds while masking any user intent. These sequences, appearing before the internet (at least as we know it) had yet entered popular currency, have a strangely futurist, almost science-fiction quality to them, that really does – or at least did – bring something fresh to an otherwise tired genre. The name of Gerald’s computer, ‘Icarus’, hints at the hubris encoded in this technological miracle, and the potential for life-threatening danger in its use.

If almost all the killer’s victims are female, then Paddock is a community rife with unsavoury male-female relations. It is an attitude clearly embodied by Gerald’s best friend, the local exterminator Richard Simmons (Paige Moseley), who openly states that the only reason he married the older Laura (Patty Shepard) was for her money, who jokes about one day ‘fumigating’ her, and who ogles, flirts (via fishing metaphors) and strays with younger women.

Then there’s Rita Miller (Alicia Moro), an early victim who clearly knows her killer, and who has intimate links with most of Paddock’s men through her freelance work as the town’s prostitute. So as, at another victim’s funeral, Paddock’s male citizenry are paraded one-by-one in distorting close-up, we know that everyone here has secrets, and everyone is a potential suspect. That certainly includes our protagonist Gerald, an outsider figure who is collecting some creepy data on his computer, who makes a habit of lacking an alibi during the murders, and who perfectly – almost too perfectly – fits the frame.

For anyone versed in the workings of giallo or slasher cinema, or for anyone even half-attentive to the dialogue, it is pretty obvious early on who the killer is, as the film’s tone is as gender-blind as the blank voice of Gerald’s computers. Indeed, the final shot pays tribute to the freeze frame which ended Robert Hioltzik’s Sleepaway Camp, a memorable entry into the slasher genre which played a much more elaborate game with sex and identity.

Edge of the Axe is a lesser work from director José Ramón Larraz, failing to match the perverse idiosyncrasy of his earlier Symptoms, Vampyres and The Coming of Sin. There is some good direction here, and some great match cuts, but the dialogue, at least in the English-language version of the film, is perfunctory, the many red herrings are never quite red enough. And while there is something appealingly artificial about this Spanish reconstruction (almost a parody) of an all-American genre, it never reaches the unhinged intensity of, say, Juan Piquer Simon’s otherwise similar in intent Pieces.

Edge of the Axe is released on Blu-ray by Arrow Video in a brand new 2K restoration from the original camera negative on 27 January.