Willem Dafoe and Christoph Waltz cross paths in pursuit of a wayward woman with designs of her own. It’s been six years since Walter Hill unveiled his last feature film, the ill-advised transgender revenge thriller The Assignment (known formerly as (Re)Assignment, and even more formerly as Tomboy), which may have been just the right amount of time for him to look within and think about his decisions. He’ll make his comeback in triumphant fashion next week with a grand premiere at the Venice Film Festival for his latest, the tough-as-nails neo-Western bearing the instant-classic title Dead for a Dollar.

The reports from the Lido are scheduled to hit on the 7th, but until then, the rest of us can take a gander at this here oater with the first trailer for the new film. It seems to show a Hill returning to form, from the pseudo-Morricone music to the pair of tiny mechanical binoculars and other touches of production design to the blackhearted spirit of vengeance coursing through an irresolvable conflict.

He’s sticking to tradition as the plot setup goes, not so far removed from the template laid down by genre canon text The Searchers: a well-heeled businessman (Hamish Linklater) has lost his wife (Rachel Brosnahan), who he claims has been kidnapped by the Black gunslinger Elijah Jones (Brandon Scott), so he hires bounty hunter Max Borlund (Christoph Waltz) to bring her back. But three problems stand in the way of this mission’s completion — a Mexican gangster (Benjamin Bratt) wants a piece of the fee, a mean-as-beans outlaw (Willem Dafoe) that Borlund locked up ages ago back on the prowl, and the victim in question may not be the damsel in distress she’s made out to be.

Hill appears to be drawing on the favored themes of John Ford and the other cowboy-and-indian maestros, who repeatedly reckoned with the dissonance between a rapidly changing America and the hardened men unable to change along with it. Beneath the ostensible heroism of the rough-riders who “won the West” lay a festering racism, particularly pronounced to a present-day audience in this case for the dynamic with a Black foil.

Shooting on digital has changed the texture of Hill’s output in an integral way, his down-and-dirty B-movies lacking some of the authentic visual grit that still endears The Warriors or The Driver (or, more relevant to the Western discussion, The Long Riders) to today’s viewers. All the same, his work is unmistakable for anybody else’s, especially as his thematic and stylistic predilections fall further out of fashion, enmeshed in the past. 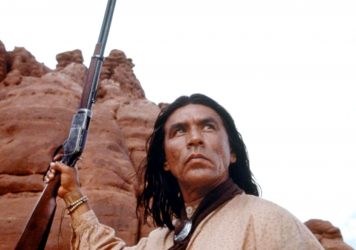 Walter Hill’s under-appreciated historical drama reminds us how powerful Hollywood cinema can be.