David Lynch: My Head is Disconnected – A strange trip into a brilliant mind 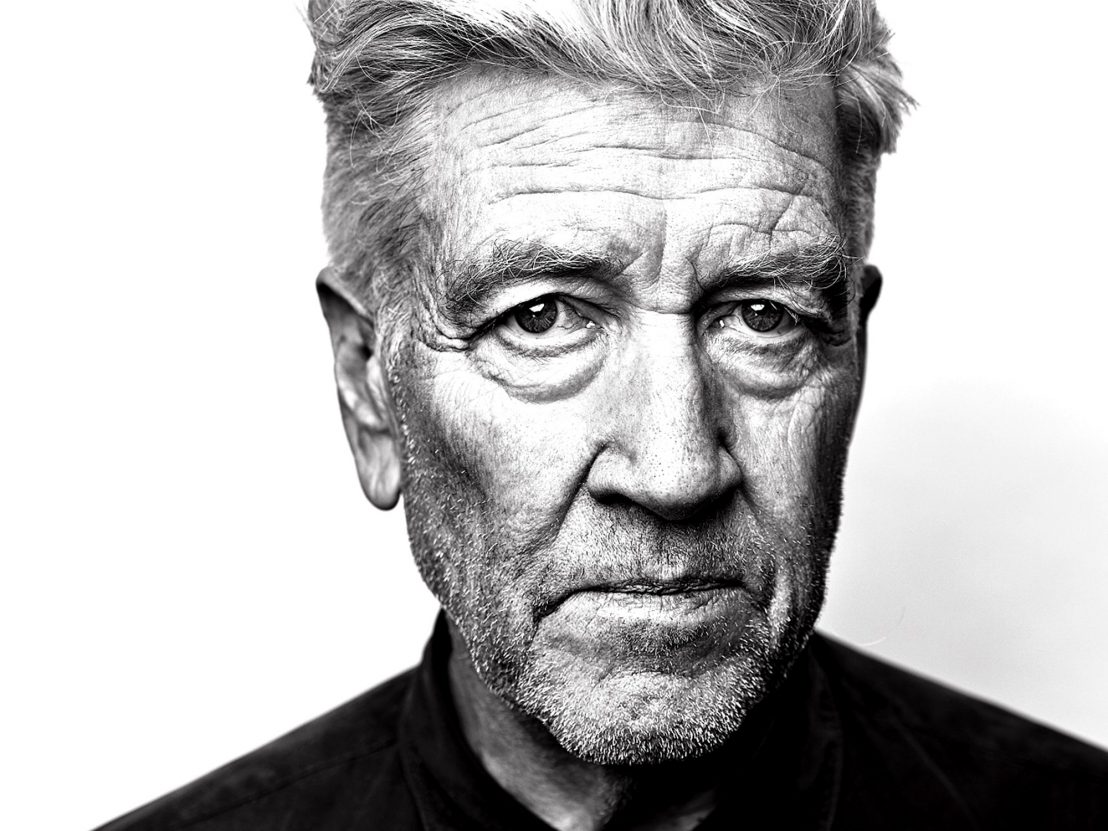 David Lynch always wanted to be a painter. Although primarily known as a filmmaker, the luxuriantly bequiffed Montana native has been making art since long before he picked up a film camera. In the mid 1960s he studied painting at the Boston Museum School and Pennsylvania Academy of Fine Arts, where he had a vision to create his first ‘moving painting’, Six Men Getting Sick (Six Times). This crude experimental short from 1967 – an animated loop depicting a row of disembodied heads vomiting in unison – contains the essential DNA code of Lynch’s prolific five-decade career.

For anyone interested in delving deeper into the mind of this radical visual artist – and for fans of contemporary art in general – there is a major new exhibition of Lynch’s art currently taking place at HOME in Manchester. Running until 29 September, My Head is Disconnected includes 88 pieces spread out across four thematically curated rooms. There are dream-like watercolours with elaborate, quirky titles such as ‘I Find It Very Hard to Understand What is Going On These Days’ and ‘Who Is Outside My House My Dog Is Running Away’, a set of lamp light sculptures illuminating Lynch’s long-standing fixation with electricity, and dystopian landscapes comprised of mixed media which bear Lynch’s signature industrial aesthetic. 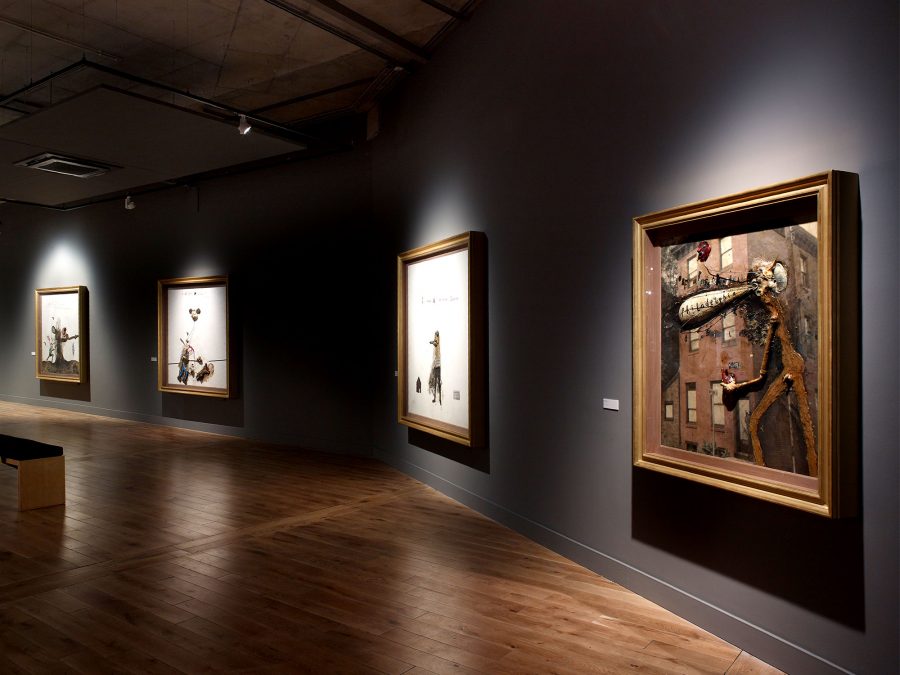 Beyond any immediate meaning you might discern from these artworks, part of the fun of the exhibition lies in trying to figure out what exactly ‘mixed media’ constitutes. In addition to more conventional materials, several pieces are made up of organic matter of indeterminate origin – hair, bone, wax, various congealed fluids – while others feature used objects such as chewing gum and fag ends. These are artworks which need to be seen up close to fully appreciate, as even the more simplistic pieces are remarkable in their depth and texture. This is especially true of Lynch’s ‘Matchbook’ series; 27 tiny vistas etched onto the inside of different sized matchbooks.

Made in the early 1970s while Lynch was developing his debut feature, Eraserhead, these pencil, ball point and felt tip pen drawings may seem like idly dashed off doodles at first glance, but on closer inspection they represent Lynch’s unique artistic sensibility in microcosm. Each atmospheric miniature is incredibly detailed, revealing more and more information the longer you spend examining it. The thrill of seeing them displayed side by side is that, for all their superficial uniformity, specific shapes begin to emerge after a while: trees, caves, doorways, a pair of distant hilltops; twin peaks, perhaps.

Those familiar with Lynch’s on-screen visions, particularly Blue Velvet and Mulholland Drive, will recognise many of the recurring motifs that crop up in the exhibition. Yet while it’s unlikely to change your perception of Lynch’s work, you will come away with a renewed appreciation of this singular artist. For more than half a century, Lynch has peeked into the darkest recesses of the human psyche via bold, haunting artworks in which characters appear trapped in an American Dream that has decayed into something nightmarish. More than anything, however, My Head is Disconnected reminds us that Lynch is first and foremost a humorist.

My Head is Disconnected runs at HOME Manchester until 29 September, and is accompanied by a programme of film screenings hand-picked by Lynch. For more info visit homemcr.org