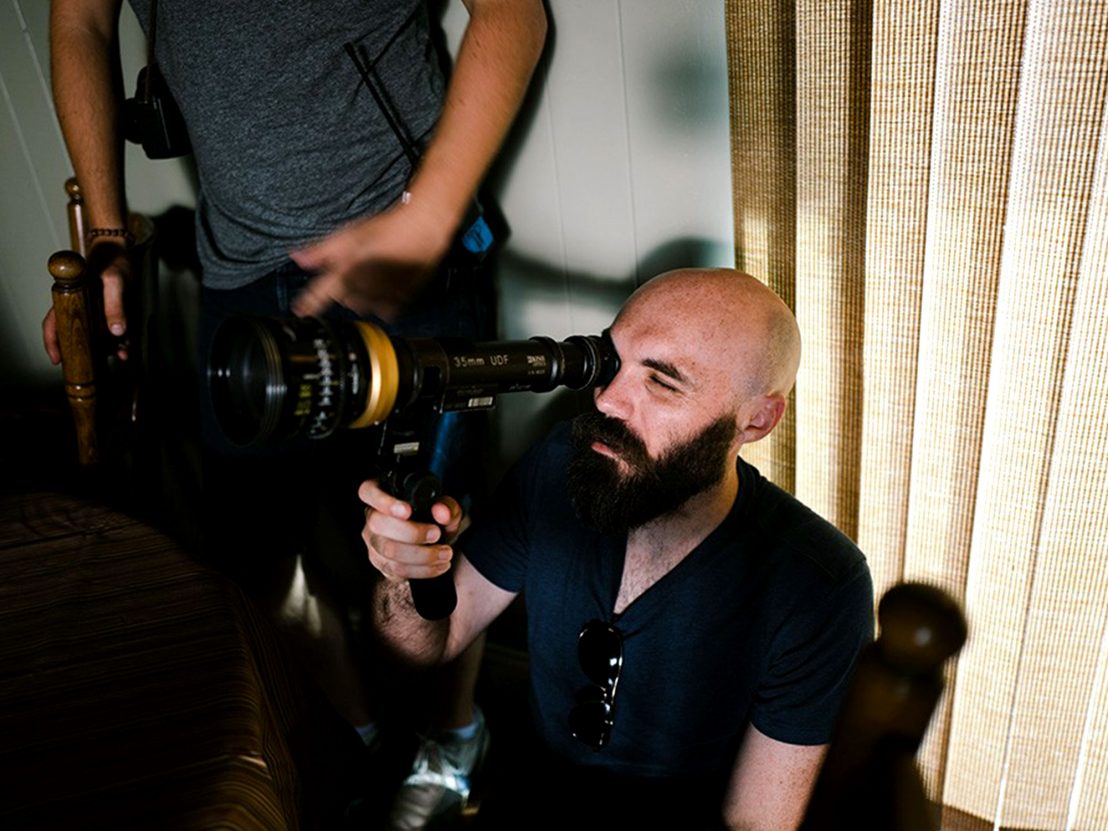 It’s always refreshing to see filmmakers trying new things or taking a different direction, as is the case with David Lowery and his odd, adorable and devastating latest, A Ghost Story. Long takes and a boxy aspect ratio replace the more standard Hollywood style of his most recent work, Ain’t Them Bodies Saints and Pete’s Dragon, to tell the story of time. Here, Lowery explains how he planned and shot a key scene in A Ghost Story, which encapsulates the whole film with delicate and gripping immediacy.

“The pie scene is four-and-a-half minutes, one shot, and the shot before that is about five minutes, so between the two it’s almost a 10-min scene. It was scripted: she comes home, she looks at the note, she looks at the pie, she does some dishes, she throws the coffee filter away, she looks at the coffee filter in the trash, she sees the pie, she starts eating it, and then she runs to the bathroom. That’s what the action was. We knew it would be one shot, and it’s meant to be an emotional scene. I wanted her grief to be represented by something that felt tangible and guttural, and eating is such a physical act – it’s a very revealing thing. And it seemed to me that it would be a very meaningful way to convey someone’s all consuming sense of loss, to watch them literally consume something to the point of excess.

“Rooney was worried about it because she told me she’d never eaten pie before… I was like, ‘I don’t believe you! What do you do on Thanksgiving?!’ Maybe she was lying, maybe she wasn’t. Either way, I took it at face value and she asked if she could eat macaroni and cheese, because she loves macaroni and cheese. I was like, ‘No, that’d be disgusting!’ And she was like, ‘Okay, can I eat chocolate chip cookies?’ and I said, ‘No, that’d be too funny, it’s gotta be a pie and we’ll make you whatever pie you want.’ My producer James (M Johnston) is also a vegan chef, and Rooney’s vegan, so he made four different types of pie for her so she could decide which one she wanted. She ended up going for this gluten-free, almost sugar-free chocolate pie. 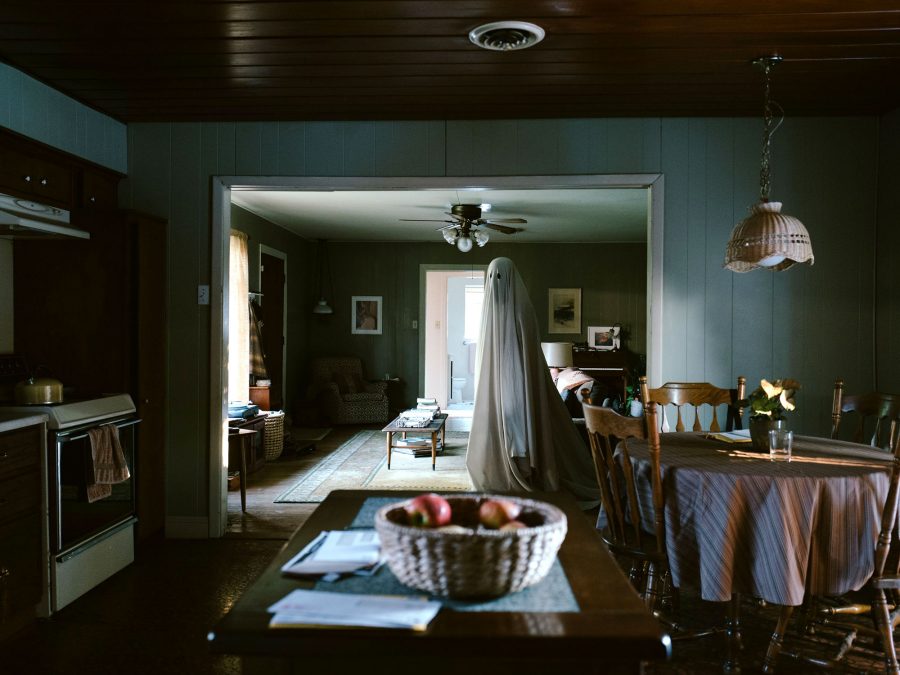 “So we did the first shot, which is of her coming home, and we rehearsed that very thoroughly. The blocking was very specific, the idea was that she would come from point A, to point B, to point C, to point D, and ultimately wind up at the pie. She’s comes in sort of like a zombie, very reserved, and she has that moment where she’s looking into the trash can and you start to see some emotion on her face. We had two takes of that, then we took the camera and repositioned it, and basically once we had the composition correct, we just let her eat the pie. I said to her to eat as much as she could, try to eat the whole thing, and when you’re done, we’re done – that’s it. So if it had taken 10 minutes, it would’ve been a 10-minute scene. It took as long as it needed to, and we did one take.

“The day before we shot that scene, my cinematographer and I went into the house to try to figure out the best way to shoot [the scene]. The instinct would be to maybe get closer, and we talked about doing a dolly shot and actually pushing in as she’s eating. Something about that just felt wrong, like it would become funny, or gross, or obtrusive. So we decided it would just be a locked-off shot. We hadn’t figured out where it would be yet, we knew that the pie was gonna be on the table, because we’d already shot the scene where the landlady brings it over. But then when Rooney came in that day, I asked her ‘What would you do in this scene? What would your natural instinct be?’ and she said, ‘I would sit down on the floor, probably.’ So that’s what we ended up doing. It’s one of those things where we had a pretty clear idea of how to do it, but her input really sealed the deal.

“I’m a big fan of simplicity, I don’t like complicated plots. I would rather have one shot that lasts a while and tells you a lot of information over a long period of time, than have a lot of little pieces. Really it’s about whatever is right for the scene, but I do really enjoy having a shot that you’re able to get lost in, where you can let your mind wander and go some place else, and come back and the shot is still going on. The thing I love about film as an artform is that it’s entirely defined by time. It can be non-linear, you can speed things up, slow things down, you can use time however you like. But one of those usages is just letting time be its own thing, and when you hold on a single image for however long, to let real time play out, it starts to define how we’re processing the information, and I love letting that take precedence.

“There’s at least one scene in the movie where the ghost is just sitting down and we’re holding on him for a solid minute, and nothing seems to be happening, but actually a lot of things are happening. We’re waiting for something to happen, and that’s all important, that’s all part of the story. On a lot of movies, you don’t have that chance, you have to tell a more traditional story and you need to keep everything moving along pretty quickly, but this was an opportunity to use time to its fullest extent.”

A Ghost Story is released 11 August. Read our review here.