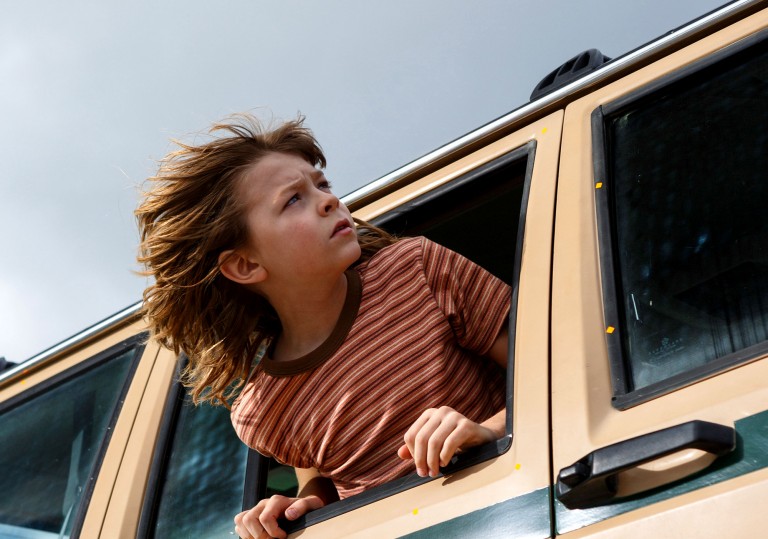 Please, not another remake.

Pure magic. Spielberg would be proud.

An uplifting tale that will resonate with anyone who has ever experienced love and loss.

With its colourful fusion of animation and live-action, 2016’s Pete’s Dragon initially feels a lot like 1977’s Pete’s Dragon, a film older viewers are likely to have faint but fond memories of. But given that the latter is actually a harrowing musical about child abuse (with terrible songs to boot) which failed to repeat the trick Mary Poppins worked to such spellbinding effect, it’s a good job this remake is not especially faithful. Because while the original boasted Mickey Rooney dressed as Captain Birdseye, this high-flying adventure from writer/director David Lowery has an unusual charm all of its own.

Set mainly in a dense forest somewhere in America’s picturesque Pacific Northwest region, the film tells the story of a young boy (Oakes Fegley) who, after becoming lost in the woods following a tragic family accident, befriends an inquisitive emerald dragon. Years later we find Pete and Elliot (as he names his furry, fire-breathing pal) living the good life, perfectly in sync with their natural environment. They spend their days soaring high above the trees, chasing clouds and dreams, and at night they nestle down together beneath a magnificent tree from which they plan the next day’s adventure. But this blissful feral existence is destined not to last.

In a nearby logging town, a group of kids gathers intently around a local wood-carver named Mr Meacham (Robert Redford) to hear tall tales of strange creatures lurking among the pines. He even claims to have encountered one of the beasts some years ago, much to the children’s wide-eyed wonderment. Could there really be such things as dragons? Not everyone is convinced, namely Meacham’s park ranger daughter, Grace (Bryce Dallas Howard), who has always appreciated the enchanting mystery of nature but, crucially, only believes in what she can see.

Seeing and believing are key to this story, and to that end it is one of the less conspicuous alterations that has the biggest impact. In this version, Elliot has the ability to literally hide himself in plain view meaning everyone, not just Pete, can see him – but only if they are willing to accept that he is real. It’s a simple but effective narrative device because it creates a situation where the adult characters, upon discovering Pete seemingly alone in the forest, find themselves unable to explain how a small child could have survived out there for so long. Eventually, when it dawns on Grace that Pete’s friend may not be imaginary after all, she recalls a time in her own life when the line between reality and fantasy was a lot more blurred. And she starts to believe again.

Pete’s Dragon is not simply a film about the fleeting joys of childhood, but an exhilarating, uplifting ode to family and friendship that’s filled with moments of dazzling CG spectacle and old-school movie magic. Given that Disney is currently in the process of eating itself, developing major updates of everything from Dumbo to Aladdin, this is a mightily impressive, positive statement of intent from a studio that will always be synonymous with harnessing the power of imagination.

Please, not another remake.

Pure magic. Spielberg would be proud.

An uplifting tale that will resonate with anyone who has ever experienced love and loss.